May 2, 2019 - John Wooten, former CEO of All Star Rents in Fairfield, Calif., is the newest addition to the Point of Rental team. As a Product Innovation Manager, he’ll work directly with customers to determine their needs, using his real-world expertise to guide solutions within Point of Rental’s industry-leading innovations. 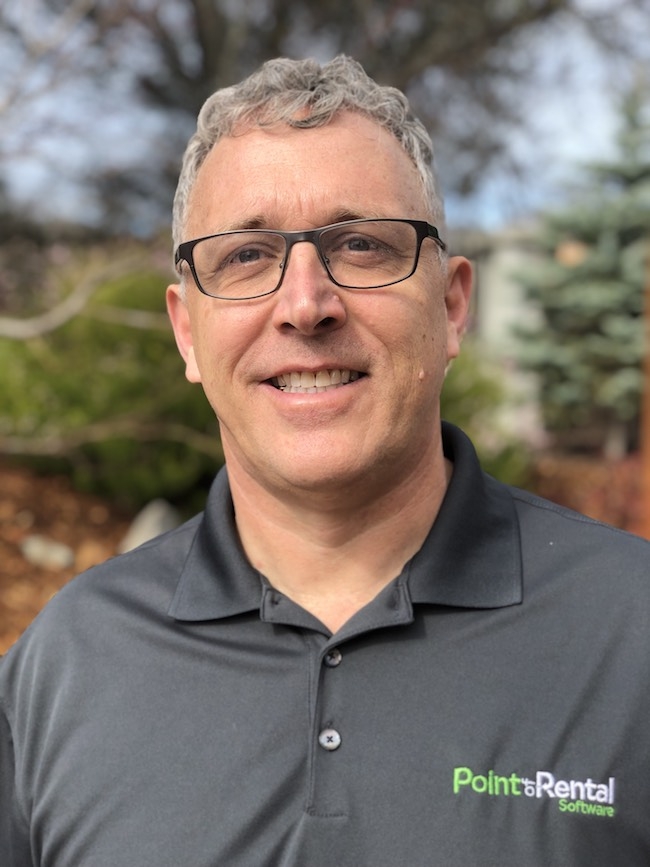 “John has an incredible wealth of knowledge about rental processes, business, and the industry as a whole,” said Point of Rental CEO Wayne Harris. “We’re excited to see the impact he’ll have on the processes that drive Point of Rental.”

“After spending over 30 years in every aspect of the equipment rental industry, now is a great time for a change,” said Wooten. “I have a passion for continually improving each aspect of a business, and Point of Rental gives me the opportunity to improve efficiency and profitability for not just one, but thousands of rental companies around the world.”

Wooten started his rental career in 1983, when he was handed a job application by his father while the pair was renting a post hole digger. He worked in the industry for 20 years before taking a mid-life retirement in Maui, and came back ready to rent. After joining All-Star Rents in 2001 as their general manager, he became the company’s CEO in 2011. When Kathryn deVries Mitchell became the third-generation deVries to run All-Star Rents late in 2018, Wooten became available to pursue other opportunities.

He has also helped shape the future of the industry as a member of ARA’s Executive Committee from 2018-19. Prior to that, he was a part of ARA’s Construction U Task Force, the Rental Show Committee, and was chairman of ARA’s General Tool and Equipment Special Interest Group.