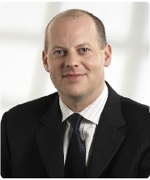 Coward has appeared in all levels of court, including Provincial Court, the Court of Queen's Bench, the Federal Court of Canada, the Tax Court of
Canada and the Manitoba Court of Appeal. He has also had extensive
experience with numerous and varied administrative and regulatory
tribunals.

Coward's new column, Legalese, will discuss legal matters near and dear to the rental industry, such as builder liens, insurance settlements and labour contracts. Where laws differ from province to province, he will offer a general overview that will give rental operators a starting point from which to seek specific advice.

Look for Legalese in the next Canadian Rental Service, mailing in late January.