Rewards for all at CRA Atlantic show

Feb. 17, 2016 - The man from Hewitt Rentals loaded his new Little Wonder Brushcutter into the back of his pickup and slammed the tailgate. It was one of 11 of these machines that Hewitt had just purchased right on the G.C. Duke booth in the last minutes of the Canadian Rental Association Atlantic trade show, Feb. 13 in Moncton, N.B. "There," he said, "I guess that that will show anyone who says there is no point in going to a CRA show." 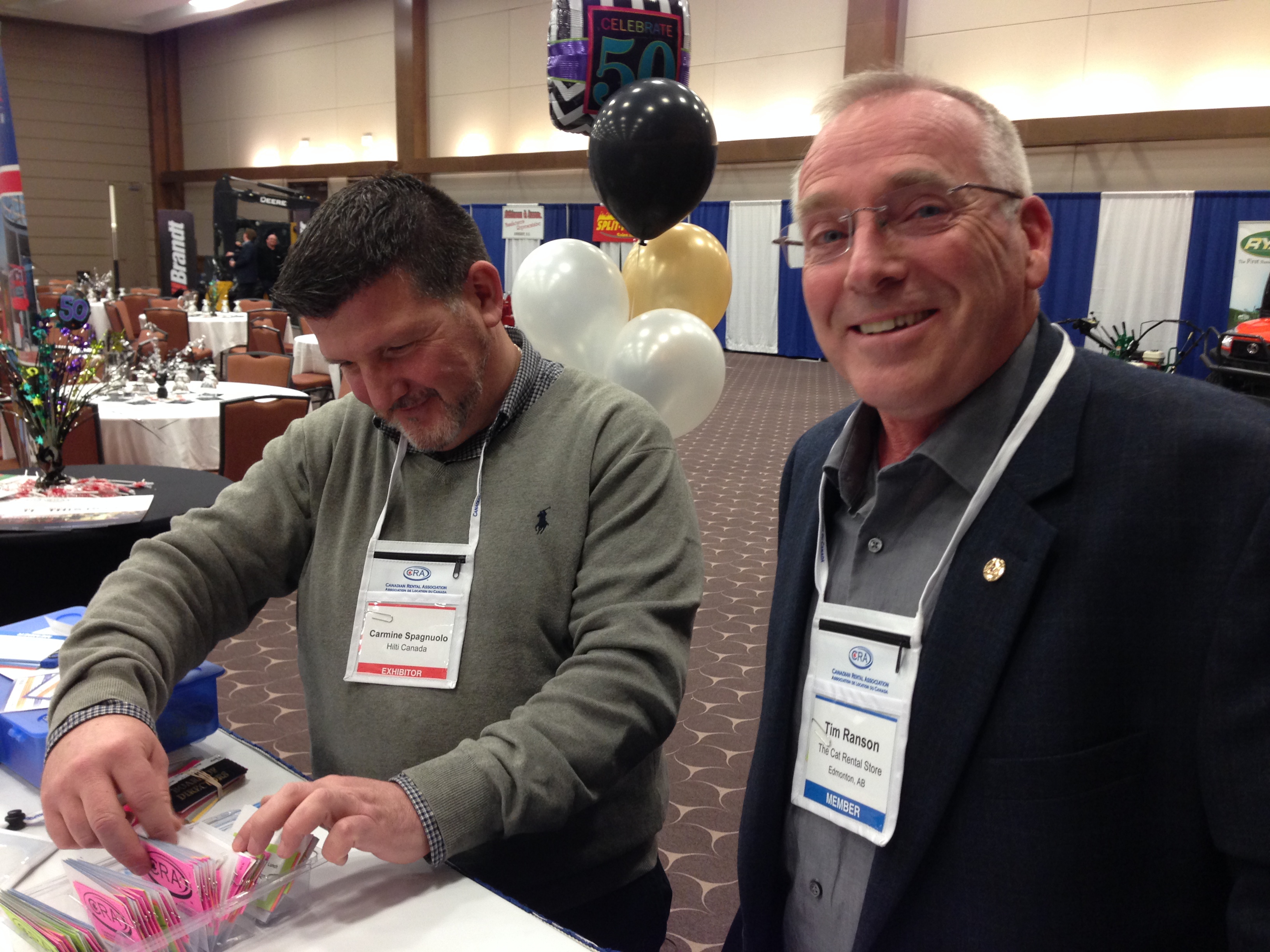 Saying that would be difficult indeed after the events of last Saturday. Hewitt Rentals, a chain of 30 stores across Quebec and Atlantic Canada, brought around 20 red-shirted representatives to the show who spent the morning touring the booths and taking notes. After lunch, the crew assembled in a big meeting in the eating area and spent the afternoon comparing notes and planning their next move. Just before the end of the show at 4 p.m., the meeting broke up with eight pages of orders ready to be placed with the vendors in the room.

“Great turnout from the rental stores and great turnout from the associate members,” commented Hank McInnis, CRA Atlantic national director. “Still struggling to rebuild out board, but once that is done we can move forward. We have plans for golf, plans for educational meetings. We are also sponsoring the national board members’ meeting here in September. We had a great turnout last night for the banquet. It was a little special for Moncton not to be snowed in in February.”

About 65 attendees toured the show with 88 at the Friday night banquet. Show-goers heard from CRA Atlantic president, Dan Spencer, CRA national president, Tim Ranson, and official CRA Atlantic storyteller, Garth Scott, who arrived with his poster board full of photos from the past years’ association events.

More photos from the event are available on Facebook.