February 21, 2017 - Two major snow storms during the week leading up to the CRA Atlantic show, which was held in Moncton February 17 & 18, did not damper the enthusiasm at this annual event. 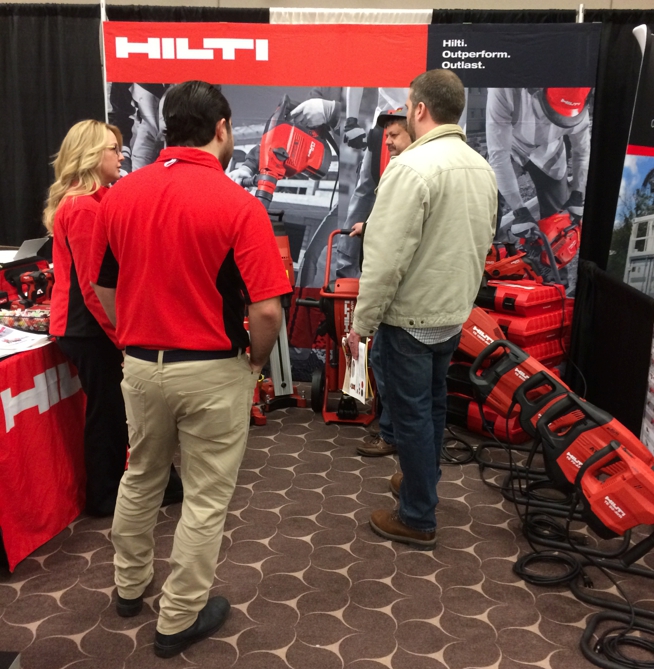 The event started on the Friday evening with the banquet which was attended by about 75 members. Nancy Crosby, from Classic Rentals, was the MC for the evening and after dinner she introduced all the sponsors for the event. The draw for the door prizes was next followed by a trio of comedians that kept everyone laughing. The camaraderie and hospitality continued well into the evening.

The next day started with Atlantic annual general meeting. Director Dan Spencer gave a report outlining on the growing problem with keeping people in the workforce. He quoted an article indicating that 25% of the workforce would be retiring in the next little while and wondered where the new employees would be coming from. On a positive note, Spencer said that the Atlantic signed up four new members over the last year.

Next up Garth Scott gave a recap of how the show has evolved from a small meeting in PEI in 1982 to a table top show and then to show with booths and actual equipment on display. He also brought along his poster boards full of photos from previous years and commented on how some members have increased in girth while other have become follicly challenged.

The show itself ran all day Saturday with 26 exhibitors occupying some 35 booth spaces. Well represented at the show was Atlantic The Cat Rental Store with about 30 employees in attendance. The $500 Show Bucks prize was won by Classic Rentals from Truro, NS. The event concluded at 4:00 and considered a success by all.