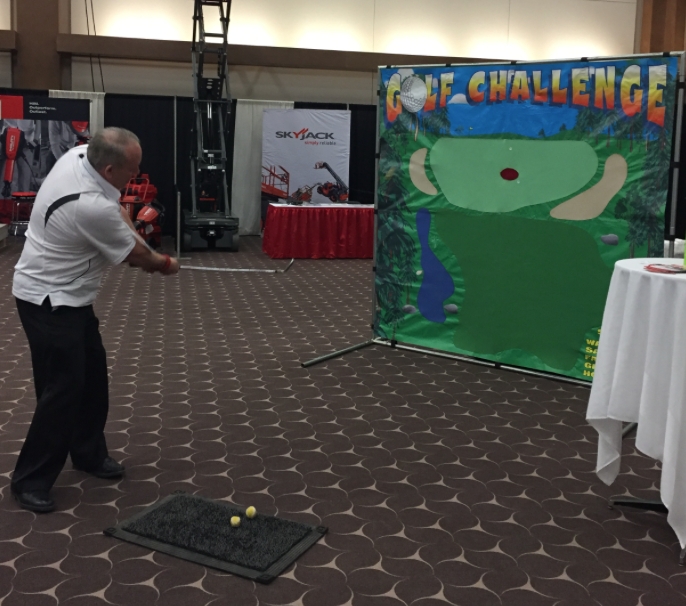 Friday evening began with a “meet & greet” function followed by a warm welcome from the new Atlantic board president, Matt Brun. The record number of attendees enjoyed the delicious group meal that took place in the very hub of the show floor. Sales of the “paper bag” auction tickets were brisk before, during and after the meal, which made for an exciting auction later.

The entertainment for the night was a very talented singer and musician, who was able to create a fun and relaxed mood for the remainder of the evening. Our golf game challenge was again a popular activity, with a record amount of money being raised and donated to the Crohn’s and Colitis Foundation.

Saturday began with a hearty breakfast and the AGM, which ran like clockwork, thanks to the Atlantic board. The trade show floor opened soon after and saw lots of deals and demos, right up until the conclusion of the show. There were Show Bucks draws and door prize draws to finish off the event.