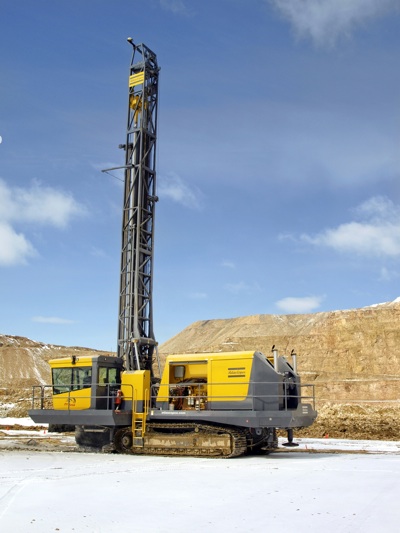 In June of this year, Osisko Mining reported that the first day of
commercial production at their Malartic Mine was May 19, 2011, almost
three months ahead of schedule. The Malartic Mine is located in
Malartic, Que., and has been estimated at approximately 9 million
ounces.

The Pit Viper series 235 blasthole drill chosen by Osisko Mining is
designed for such applications as hard rock mining for metals and
overburden coal mining. The PV-235 has a weight on bit of up to 65,000
pounds and is designed for rotary or down-the-hole (DTH) drilling of 6-
to 9 ⅞-inch diameter holes.