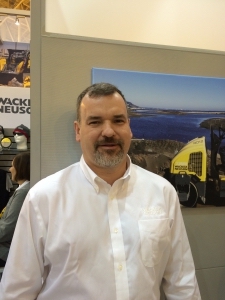 Ferguson, who is bilingual, will oversee the sales for the company in eastern Canada (Manitoba eastward) and be based out of the Mississauga, Ontario office. He brings over 22 years experience to the job including stays at GE Capital, John Deere and Case as well as other companies involved in the construction and agricultural sectors.