With Tier 4i newly entrenched across the equipment industry, Tier 5 may already be on its way to North America. It’s up to the U.S. Environmental Protection Agency, but if Europe is any indication it won’t be a big deal. 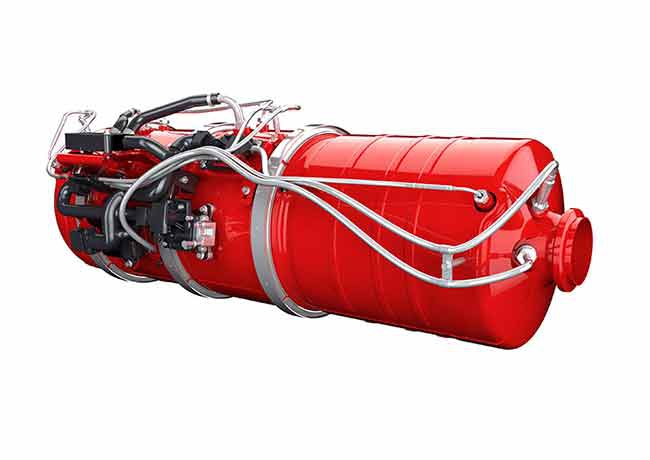 One thing that clearly stood out at the Intermat trade show this spring is that the diesel engine emissions saga isn’t over yet. The good news is the next round of engine emissions regulations are going to be easy to meet, and they’re not due for some time.

Regulators in Europe are zeroing in on 2019/2020 for their next step in emissions restrictions, what they call Stage V. Since the engine business is global, European regulations closely parallel those in the United States to prevent OEMs from having to make a different engine for every market. The only major difference is in nomenclature. European Stage IV was our Tier 4, Stage III equaled Tier 3. And their Stage IIIb equaled our Tier 4 Interim.

Since European and U.S. regulations have been nearly identical for more than a decade, presumably the United States will adopt the same standards as Stage V at the same time and likely call them Tier 5. But the U.S. Environmental Protection Agency has not yet said if it wants these new regulations or when. California, however, is following the developments in Europe closely and may seek to create their own regulations along the same lines as Stage V, Payne says.

The Tier 5/Stage V emissions regulations won’t be a huge change from the current level of technology, Tier 4 Final, says Oliver Lythgoe, product concept marketing for Perkins. But it only makes sense for engine manufacturers to begin preparing for what will probably be required by 2019 and 2020, he says.

The scope of Stage V in Europe, however, will differ somewhat from all the regulations that came before it, says Payne. Previous regs exempted engines under 24 horsepower. Stage 5 will likely cover all engines regardless of horsepower. The rules for flex credits and transitional engines, which gave some manufacturers breathing room in the old regulations, would likely be restricted in a Stage V scenario, Payne says.

The Europeans are also grappling with advocacy groups and non-governmental organizations that come bearing wish lists. One of those requests is to lower the nitrogen oxide limits on smaller engines, Payne said. All of this is currently under discussion, but the new regulations in Europe will be finalized and written into law by 2016 with implementation to come later.

Stage V/Tier 5 regulations will be relatively easy to meet with technology that’s currently available. Most manufacturers will have a solution on the shelf, ready to go, once the regulations and timelines are announced, says Lythgoe.

What regulators want to get rid of is ultra-fine particles of soot in diesel exhaust, sub-micron level particles. These, they say pose the greatest threat to lung health in that they can lodge deep inside lungs and stay there.

And how do you get rid of ulta-fine soot particles? With the good old diesel particulate filter.

The DPF made its first appearance in Tier 3, as a way to scrub out large soot particles. Most were large and required changes to the sheet metal and sight lines on the equipment. And they had to be purged (what the industry called “regenerated”) every so often. That meant stopping the machine while a blast of fuel was injected into the exhaust raising temperatures in the DPF to burn off accumulated soot. DPFs also eventually filled up with unburned ash, which meant they had to be replaced or cleaned with a specialized machine.

OEMs quickly set about to improve the situation. In smaller engines it was easy to meet the emissions standards without DPFs. This was done by tweaking exhaust gas recirculation rates, injection and valve timing and using a diesel oxidation catalyst, which also pulls soot out of the exhaust but neutralizes it much like a catalytic converter. Today you’ll see a lot of OEMs making a point about having no-DPF engines.

But when you get above 75 to 125 horsepower, engines make a lot more soot, especially under the heavy loads big earthmoving machines encounter every day. In most cases a DPF is necessary to bring these engines into compliance.

For the future, if Stage V and Tier 5 go forward as anticipated, a DPF will likely be included on every diesel engine, large or small, stationary or mobile, by 2020.

At Intermat there were five press events where engine OEMs showcased their Stage V-ready engines. Most have tweaked their designs so at least the size of the DPF is minimized. Many are offering what they call “one can” solutions, meaning the DPF, DOC and SCR dosing hardware are all joined together in one canister, rather than separate elements. 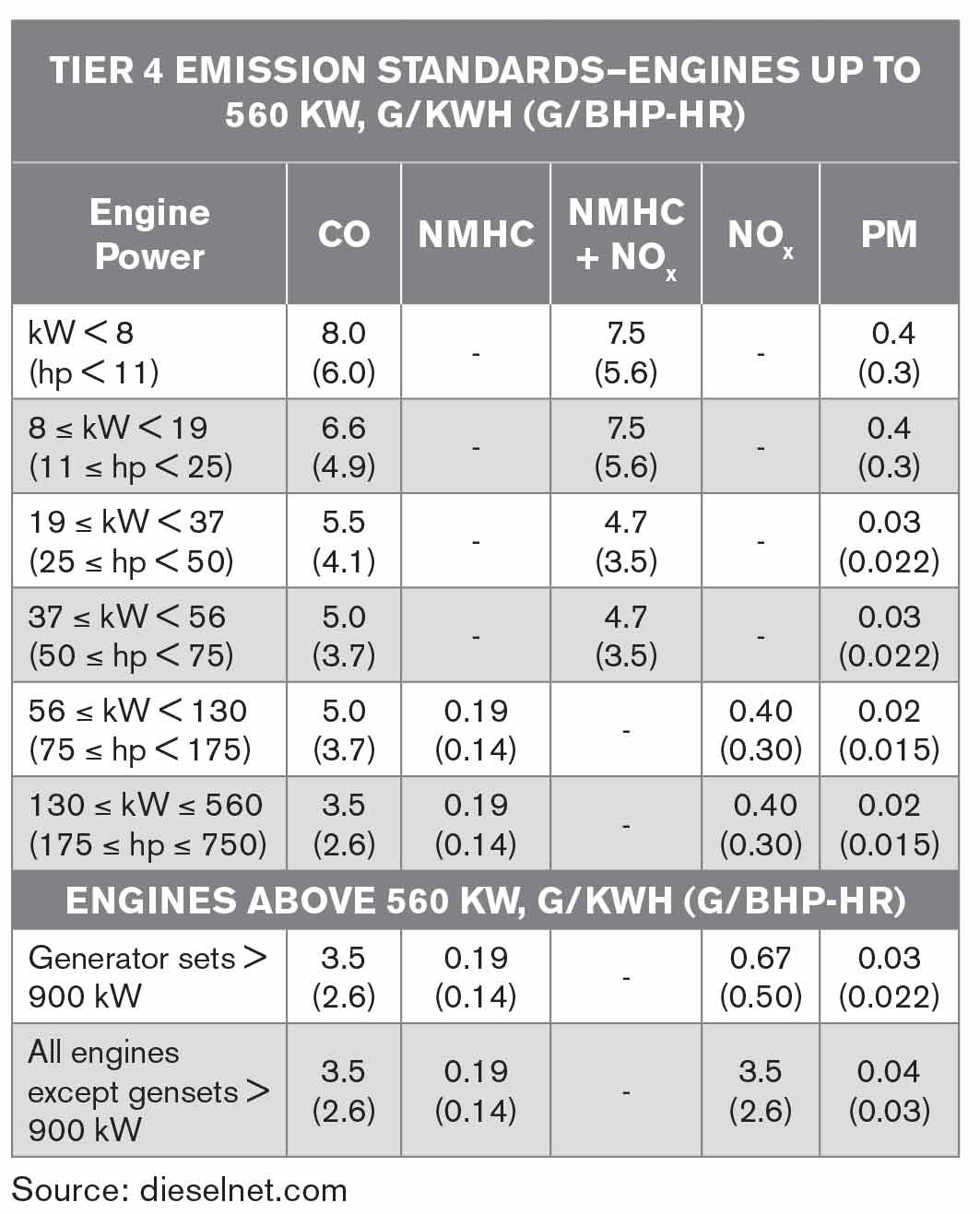