July 26, 2016 - KOBELCO Construction Machinery USA recently celebrated the opening of its new hydraulic excavator production facility in North America. Construction of the $41 million facility was completed within one year and presently, it’s ramping up to mass produce 1,800 units/year. 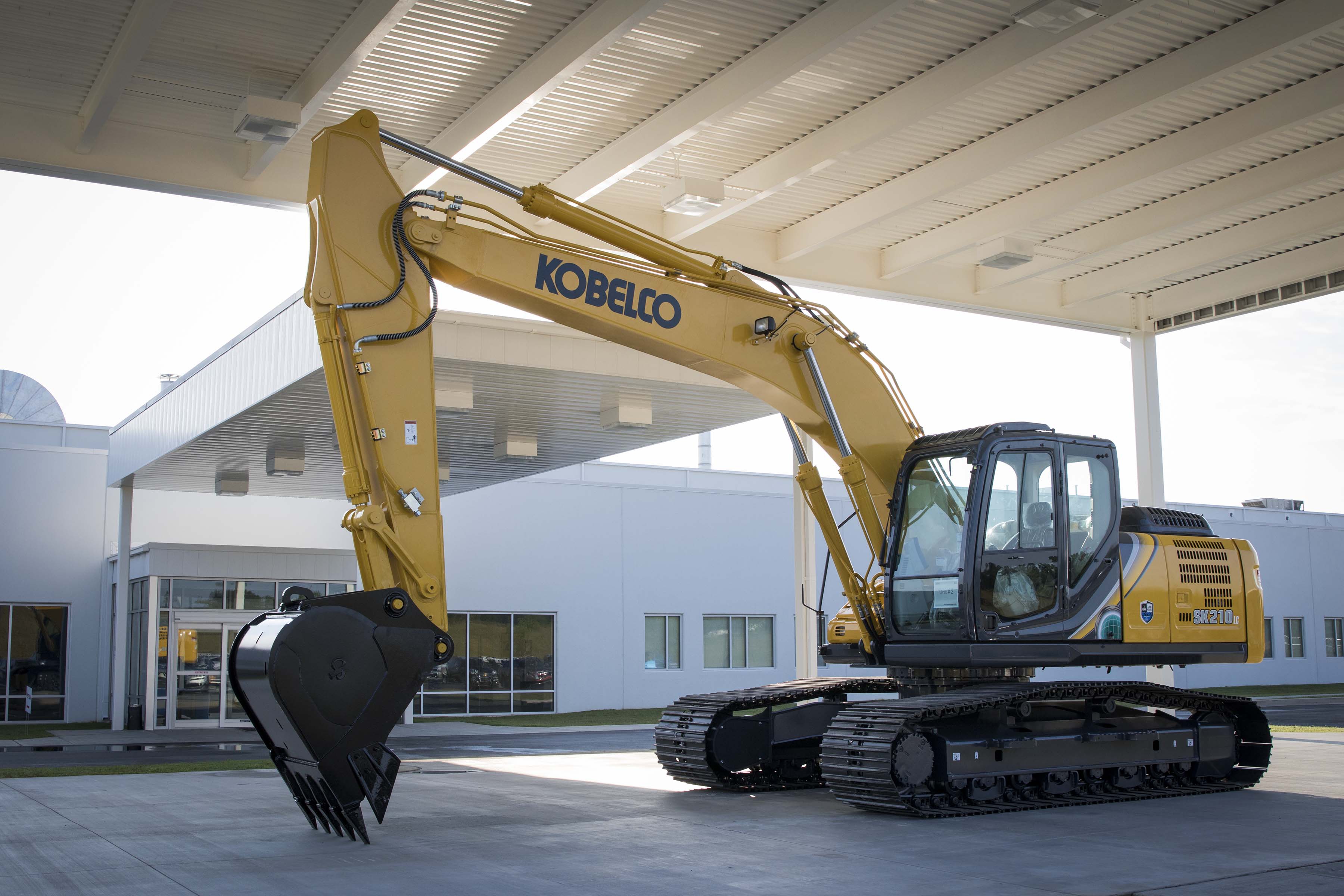 KOBELCO held a special event at the new facility in Spartanburg, SC to mark its official opening. Attendees of the event included honored guests from: parent company Kobe Steel of Japan, KOBELCO Construction Machinery Co. Ltd. of Japan, KOBELCO Construction Machinery USA of Katy, TX, the South Carolina Department of Commerce, the Spartanburg County Council and representatives of the Association of Equipment Manufacturers.

The occasion kicked off with a procession of distinguished guest speakers who applauded KOBELCO’s achievement of bringing its manufacturing to the US and Palmetto State, including Jennifer Noel Fletcher, Deputy Secretary of Commerce. “It’s an inspiration when you see the state of the art facility completed,” said Fletcher. “It gives you cause to think about this achievement and how much hard work and planning it took from each team. That commitment will remain with KOBELCO at the new facility as they grow. We look forward to continuing this remarkable partnership for many years to come.”

A traditional Japanese gift exchange was made between KOBELCO officials and representatives from both South Carolina and Spartanburg County, symbolizing each party’s appreciation and acknowledgement for supporting one another. KOBELCO also presented donation checks to Spartanburg Community College as gratitude for their hospitality during construction, and the R.D. Anderson Applied Technology Center, a local school for students interested in entering the workforce. The first KOBELCO excavator produced at the US facility was unveiled and the ceremony was brought to a close as corporate officials and special guests of the community participated in a ribbon cutting. Following the event, attendees were given a full tour of the manufacturing facility and customer experience center, where they observed one of the first SK210LC-10 excavators manufactured at the facility in action.

“The best excavators in the world are made by KOBELCO USA in Spartanburg, South Carolina,” said David Britt, Chairman of the Spartanburg City Council and Economic Development Committee. “We appreciate KOBELCO’s confidence in the Spartanburg community and we look forward to their continuous growth, investments and expansions.”

KOBELCO chose the Spartanburg location from nearly 50 candidate sites across eight states for the property’s vast amount of land and nearby access to major domestic ports. Sitting on approximately 85 acres, KOBELCO’s new manufacturing facility includes a 156,000 square foot production plant, 17,000 square foot office building and areas for both machinery parking and demonstration. The property also provides KOBELCO with plenty of space for future production capacity expansion. Development and construction of the facility took one year and involved moving 367,000 cubic feet of earth and 14,680 truckloads as part of the site preparation.

“Within three years, we’ve moved into a new US headquarters, parts distribution warehouse in Katy, Texas and built a manufacturing facility that is now fully operational,” said Pete Morita, President and CEO of KOBELCO USA. “KOBELCO is poised in the North American market and this facility further solidifies our commitment to producing excavators that are built like no other excavators in the industry. We will continue to provide quality products to our customers through our new plant by following the philosophy of ‘Made by KOBELCO.’”

KOBELCO’s North American manufacturing facility was designed after the company’s renowned Itsukaichi facility in Hiroshima, Japan – both KOBELCO locations are now known as the most modern, energetic, and high quality excavator factories in the world. KOBELCO’s new production facility now transforms KOBELCO USA into a company with integrated production and sales, all on US soil.

Mass production at the North American facility has begun with conventional machines weighing 20-plus tons and KOBELCO’s revolutionary Generation 10 excavators are the first models being produced. Product line offerings and capacity will be increased in accordance with market development, and future production plans at the facility are expected to include most of KOBELCO’s excavator models. By taking full advantage of its new manufacturing facility, KOBELCO USA is further enhancing its service functions, reinforcing its foundation in the North American market, continuing to increase the presence of KOBELCO hydraulic excavators, and putting a group-wide effort into growing its market share in North America.

KOBELCO’s US based manufacturing facility also allows the company to proudly support the Association of Equipment Manufacturers (AEM). As a participant of the AEM I Make America campaign, KOBELCO will create over 130 new jobs for the skilled workforce living in the communities that surround the Greenville and Spartanburg area.

“In a short period of time, we’ve gone from land and dirt to a factory with excavator production in full swing,” said Ralph Wabnitz, General Manager of the KOBELCO USA manufacturing facility. “We’re thankful for having the opportunity to expand our business to Spartanburg and become an integral part of the community while creating new jobs in America. We look forward to sharing our success.”