April 24, 2015 - JLG Industries, Inc. will mark the production of its 100,000th telehandler with a charity auction event and other celebrations for customers and employees. The announcement was made during JLG’s appearance at the Intermat show currently underway in Paris-Nord Villepinte, France. 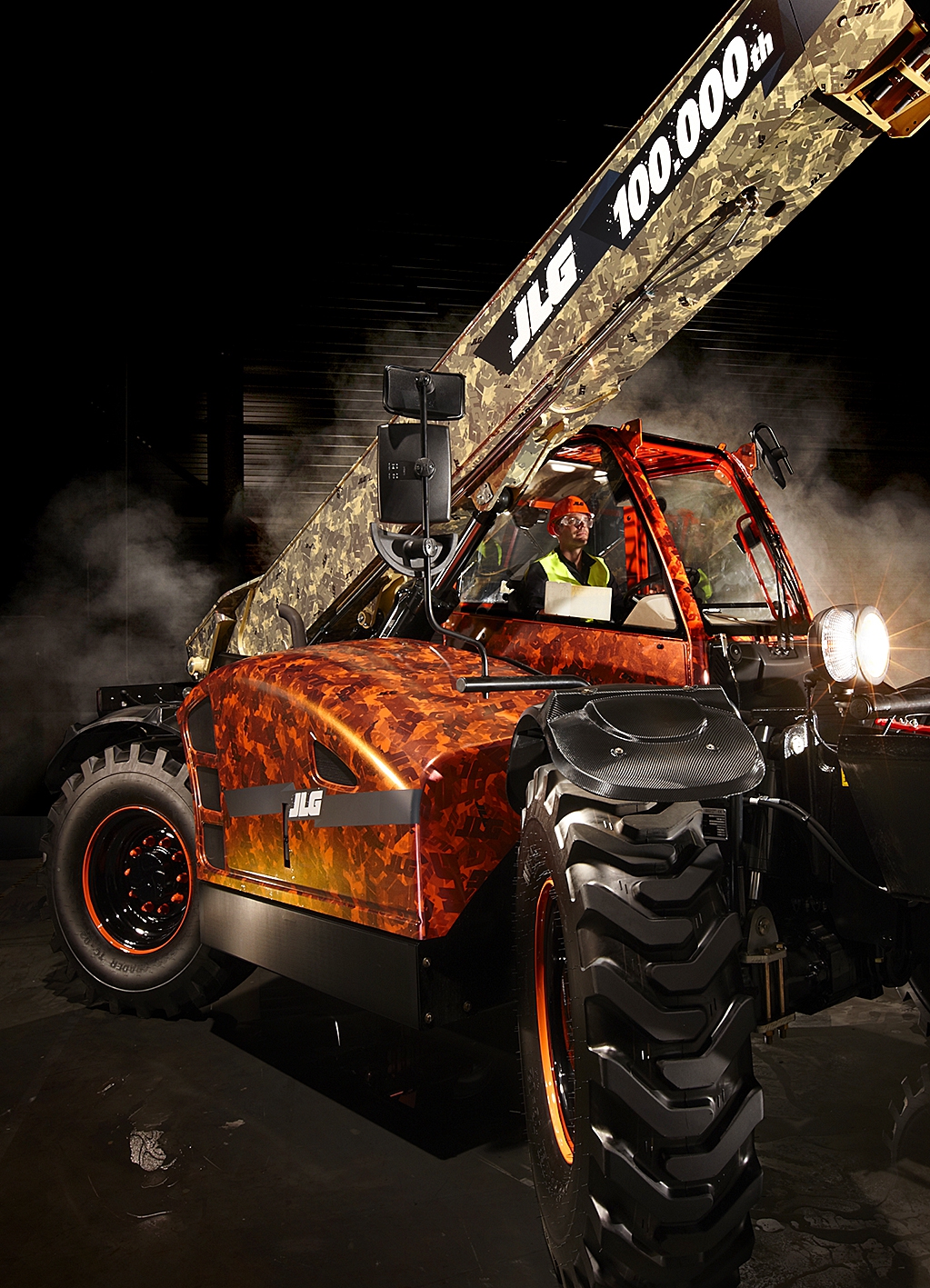 The company will produce two commemorative telehandlers – a G10-55A and a 4017RS. Each will sport a custom color scheme comprised of 100,000 tiny JLG logos. The 4017RS unit will be auctioned off during a gala invitation-only event that will take place in October. One hundred percent of the proceeds from the sale will be donated to the buyer’s charity of choice.

“We sincerely appreciate the loyalty that our customers have shown over the years and this charitable donation is the best way we could think of to give something back,” said Frank Nerenhausen, president of JLG Industries. “Allowing the auction winner to select their charity of choice makes this personal for the buyers, and further reinforces JLG’s commitment to personal attention.”

More information about the auction event will be issued in June.

The commemorative machines will be busy prior to the auction in October. They will be available to European customers interested in sales demonstrations. They will also travel to JLG sites across Europe to thank employees for their contributions to JLG’s success. Similarly, a custom machine will also be celebrated at JLG manufacturing facilities in the U.S.

JLG entered the telehandler industry with its acquisition of Gradall in 1999. It acquired the SkyTrak and Lull brands in 2003. The company currently produces JLG and Deutz Fahr brands for the European, African and Middle Eastern markets, and JLG and SkyTrak brands for the Americas.