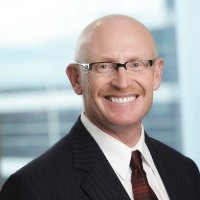 Feb. 5, 2014 – Mr. Wayne Wadley, President of CERF Incorporated is
pleased to announce that the Board of Directors of the Company has
approved a significant increase to CERF Inc.'s capital budget for 2014.
Capital spending for 2014 is forecast to be $11,300,000 compared to the
$7,700,000 that was spent in 2013 (representing a 47 per cent increase
year over year). Maintenance capital, which is defined as the amount of capital expenditures required to keep our operating assets functioning at the same level of efficiency and to maintain the average age of the rental fleets at approximately the same average age as it was at the end of the previous year,is forecasted to be $4,000,000 for 2014 vs. $3,700,000 in 2013. The balance of $7,300,000 of the capital budget will be used for growth within the various CERF businesses.

Mr. Wadley is also pleased to announce that its wholly owned subsidiary MCL Waste Systems & Environmental Inc., ("MCL") has been awarded operating contract extensions to its core business at three of its managed municipally owned facilities located around central and northern Alberta.  The aggregate value of these base contract extensions is approximately $23,000,000 over various periods of up to five years. Under the base contracts, MCL has the opportunity for extra contract work at two of these facilities. In addition to these extensions, MCL has been awarded a municipal waste transfer operations contract valued at $1,400,000 million for a three year period with provision for two one year extensions valued at an additional $950,000 when adjusted for inflation.

"Based on strong demand for our construction and oilfield related equipment, the Board of Directors believed that it was important to increase our 2014 capital budget to take advantage of this activity.  Construction activity in the Edmonton and surrounding northern Alberta areas is forecasted to be robust for the next several years as both major and smaller projects are kicking off or are on the books for development.  This activity also can translate into increased opportunities for the collection, transportation and placement of construction waste through the various operated MCL facilities in the region, garnering increased profits for that company.

We are also excited to have the MCL contracts extended.  MCL provides a sound business model that brings predictability of profitability to the CERF Inc. group of companies and to have these extensions for up to five years validates that model.  These extensions underscore the expertise of the MCL management and staff to continue to provide top level service to the various municipal authorities."