Winterizing carbureted engines is a quick and simple process done year after year to avoid the nuisance of a gummed up carburetor in the spring. 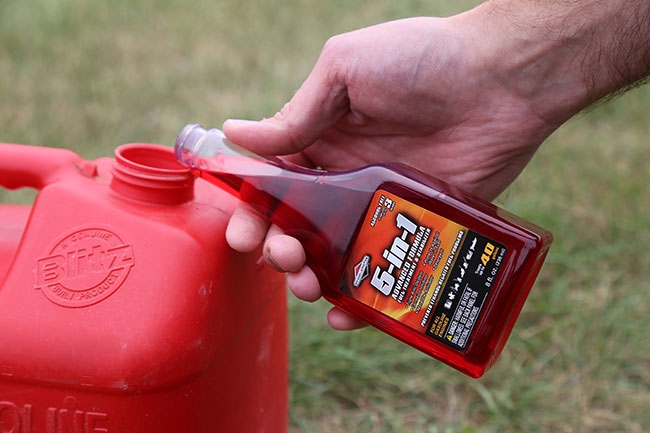 Using a fuel stabilizer prevents corrosion and thickening of fuel in equipment that sits through the winter. But follow the label – more is not necessarily better. electronic fuel injection gains traction

However, as electronic fuel injection gains traction in a number of market segments including commercial turf and construction, each year more equipment owners find themselves winterizing EFI engines for the first time.

While the process is similar, understanding the importance of this annual routine can help owners better realize the reliability, performance and fuel savings possible with EFI.

Stale Fuel Resistance
Comparing apples to apples – similar horsepower models from the same engine family – EFI and carbureted engines typically use the same fuel, oil and air filters. While it’s important to keep up with the service intervals for these, the most important item to address ahead of seasonal storage is the fuel system. Engines with EFI are actually less susceptible to stale fuel damage compared to carbureted engines because the fuel has significantly less exposure to air while the equipment sits in storage.

Not only are EFI engines less susceptible to fuel degradation, they are also more capable of burning degraded gasoline. By atomizing fuel through a high-pressure injector, EFI systems create an air-fuel mixture much closer to a vapour state compared to the mixture created by a carburetor. This increases the likelihood that low-volatility fuel will ignite. As a general rule, however, both EFI and carbureted engines should be treated with a fuel stabilizer if the equipment will sit for 30 days or longer. Doing so prevents the fuel from becoming stale and creating a gummy residue or harmful varnish inside the engine.

Stabilize for Storage
Since fuel stabilizers are chemically formulated to slow the harmful effects that oxygen and moisture have on fuel, properly treated fuel can remain useable for as long as three years. Stabilizers work by changing the chemical composition of the fuel to make it resistant to oxidation, corrosion and other forces that degrade fuel and damage the engine.

To accomplish this, stabilizers contain antioxidants, corrosion inhibitors and chemicals that absorb moisture and keep water molecules suspended in the fuel. Without stabilizers, fuel and water separate, leaving the engine susceptible to corrosion. The antioxidants prevent fuel from gumming by introducing free electrons that slow the process of fuel oxidation, decreasing the potential for residue buildup and clogging that can damage the fuel system.

The old saying “if a little is good, a lot is better” does not apply to fuel stabilizers. Since fuel stabilizers are heavier than gasoline, adding too much will thicken the fuel. For both EFI and carbureted engines, always be sure to follow the label instructions and choose a product covered by the engine’s warranty.

Additionally, be sure to run the engine for a short period of time after adding a fuel stabilizer to ensure that the treated fuel makes its way through the entire system, contacting all surfaces that encounter it.

Importance of Stabilizers
While the process of treating an engine with fuel stabilizer is the same whether it has a carburetor or EFI, the consequences of skipping this simple procedure are not.

During storage, the pump module containing the EFI system’s high-pressure pump is submersed in fuel. This module has an air pathway for venting called the EVAP emissions vent port, or evaporative emission control system. When the engine is running, the EVAP prevents fumes from entering the atmosphere. When the engine is off, the system lets these vapours escape and be replaced by outside air, allowing the fuel degradation process to begin. Because the module is not serviceable, if it is ruined it has to be replaced, which could cost about $250.

Injector spray tips, another component specific to EFI engines, remain damp with fuel after the engine is shut off. If given time to oxidize, this fuel can gum up and create a varnish over the tiny holes of the injector tips, altering the spray pattern or plugging them entirely. Similar to the pump module, the injector tips need to be replaced if compromised.

The need to replace these fuel system components contrasts with the comparable components of a carburetor, which can be disassembled and cleaned. However, when properly treated with a fuel stabilizer, both EFI and carbureted engines can sit in storage through the offseason without risk of damage.

Using a fuel stabilizer prevents corrosion and thickening of fuel in equipment that sits through the winter. But follow the label – more is not necessarily better.

Fuel Better
One of the most important things to be mindful of as the seasons change is the type of fuel going into the engine. Because refineries gear their products toward the automotive industry, the levels of chemical additives are increased and decreased seasonally to improve volatility in different conditions, making it important to only purchase enough fuel to last through a season.

Winter blends are the most problematic for outdoor power equipment. These blends are formulated to be more volatile and improve starting and overall fuel combustion in cold weather. This also results in gasoline that has a shorter shelf life because the lighter ends of the blend – the more flammable portion intended to improve cold weather performance – evaporate quickly.

This issue is most prevalent in late fall when many refineries switch to winter blends but equipment owners still operate ZTR mowers for leaf collection and other landscaping machines late into the year. If winter-blend fuel is left untreated, it will quickly become unusable. Even leaving equipment with untreated winter-blend fuel for a couple of weeks while waiting to complete a more comprehensive end-of-season check can be enough time for the fuel to go stale. And, if left until spring, operators can find themselves needing expensive repairs.

Another fuel to be mindful of is ethanol-blended gasoline because ethanol attracts moisture at a higher rate than pure gasoline. This speeds up oxidation, corrosion and gumming of fuel. Avoiding ethanol blends when possible and only using fuel intended for that particular season will greatly decrease the risk of damage.

Store Wisely
Finally, always store equipment in a cool, dry environment, as fuel degradation occurs at a drastically faster rate as temperatures rise. Whenever possible, avoid storing outdoor power equipment in locations susceptible to dramatic temperature swings. For example, leaving equipment where it’s exposed to direct sunlight during the day and cool temperatures at night will cause the fuel to continually heat and cool, increasing evaporation and condensation within the engine.

While adding fuel stabilizer may be easy enough, understanding the importance of winterizing EFI engines, the consequences of improper preparation and the differences between EFI systems and carburetors can go a long way toward reducing repair costs in the spring and keeping engines running smoothly, season after season.