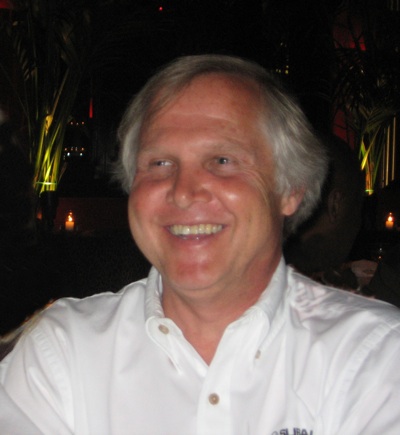 August 12, 2011 - Subaru Industrial Power Products suffered a great loss on Wednesday, August 10, when Jay Peck, longtime company president and respected industry veteran, passed away at age 59 after a brief and quiet battle with cancer. Funeral services will be held at St. Francis de Sales church in his hometown of Lake Geneva, Wis., on Monday, August 15. Visitation will be from 9 to 11 a.m., the service will be held at 11 a.m., and lunch will follow the service.

Subaru’s vice-president of sales and marketing, Brad Murphy, released a
statement on behalf of the company. “We are deeply saddened by the loss
of Jay. This is a tragedy beyond measure, not just for us here at
Subaru, but for our entire industry. We’ve lost more than a leader,
colleague and visionary. We’ve lost a friend.”

Jay Peck began his career in the industry while attending college at the
University of Wisconsin at White Water, spending his summers working
for Teledyne Total Power’s Power Center outlet store in New Berlin, Wis.
At the time, TTP had recently purchased Wisconsin Motors and
Continental Motors, based in Milwaukee. After graduating UW with a
degree in business management, Peck joined the company full time as the
Power Center’s branch manager.

In 1985 at the age of 34, Peck became the youngest vice-president in
Teledyne’s history when he was named vice-president of distribution, a
move that took him to TTP’s new headquarters in Memphis, Tenn. He was
promoted to vice-president of sales and marketing in 1988, and it was at
this time Peck began his association with the company with whom he would spend the
next 23 years of his career. He assumed the responsibility for the
sale of Robin engines, which were being marketed in North America under
the Wisconsin Robin brand as part of an agreement with Fuji Heavy
Industries, Tokyo, Japan.

Peck left TTP in 1991 to start his own company, Wisconsin Industrial
Products, back in his home state of Wisconsin. His wife Lynn took over
the business in 1993 when he was chosen to lead the team that would plan
and open Robin America in Wood Dale, Ill. He began his career with
Robin America as vice-president of sales and marketing, and soon after
took over the role of president in 1996. Peck has since led Robin
America to become what it is today, one of the leading suppliers of
small industrial engines. Robin America is a wholly owned subsidiary of
Fuji Heavy Industries, the manufacturer of Subaru industrial engines and
power products.

While he was revered in the industry as an accomplished and admired
businessman, Peck was a devoted family man too. He married his wife Lynn
in 1973, and together they raised three children, Jenny, Jonathan and
Jesse. They were also blessed with seven grandchildren. The family has
established a charitable memorial in his honor. Donations can be made to
the Pancreatic Cancer Action Network. This national organization works
to create hope for pancreatic cancer patients through research, patient
support, community outreach and advocacy for a cure. A donation in
Peck’s honor can be made to this organization here .
The Peck family will be notified of all donations.

Peck was a friend to many in the industry. Upon hearing the news of his
sudden passing, many were quick to offer their condolences, prayers and
remembrance.
-more-

Dan Ariens, president of Ariens, said “Jay will be sadly missed in the OPE
industry. Not only was Jay an innovative thinker, but he became a dear
friend. We were all shocked and saddened by the speed of Jay’s passing;
the Peck family will be in our prayers.”

Mike Brezonick, editor-in-chief of Diesel Progress magazine, said “Jay was a
hard worker, but he was able to balance it by always looking for, and
always finding, a reason to laugh, whatever the situation might be.
Small engines can be a tough, competitive business, but Jay always did
right by his customers, right by his competitors and right by the
industry. He was an original and he will certainly be missed.”

Dave Christifulli of Wacker Neuson, said “Of all the vendors I came
in contact with during my 27 years at Wacker, Jay Peck was the hardest
working, most persevering and a person of such high integrity that
whenever I hear Subaru, I always think of Jay first and foremost. I have
many fond memories of Jay throughout the years, whether it be at trade
shows, golf outings, Japan trips or just talking in my office.”
August 12, 2011 – Subaru Industrial Power Products suffered a great loss
on Wednesday, August 10, when Jay Peck, longtime company president and
respected industry veteran, passed away at age 59 after a brief and
quiet battle with cancer. Funeral services will be held at St. Francis
de Sales church in his hometown of Lake Geneva, Wis., on Monday, August
15. Visitation will be from 9 to 11 a.m., the service will be held at 11
a.m., and lunch will follow the service.

Will Coates, president of Billy Goat Industries, said “We are heartbroken by
the sudden loss of Jay Peck. He was not only the consummate promoter; he
was a good friend. Jay had the uncanny ability to light up any room, in
any situation, on any continent. Our heartfelt condolences go to his
wife Lynn and the good folks of Robin America. Jay will be missed.”

Sam Humphrey of Mi-T-M said “Jay served as an inspiration to Mi-T-M, and his
direction and feedback was a valuable resource. Jay took pride in our
success, and was personally and professionally a part of our daily
lives. Jay will be truly missed by everyone at Mi-T-M.”

Eric Rhonehouse of Makita USA said “Jay was a breath of fresh air from a
retailer buyer’s standpoint; passionate about his product, considerate
of other’s time, and a man of his word. One could not ask for more. He
will be missed.”

Lee Sowell, president of TTI, said “Jay Peck was an extraordinary businessman,
unlike anyone I’ve ever known. I had the pleasure of knowing and working
with Jay for more than 20 years. He understood the business and our
issues, and always worked with us to come up with a solution. He was a
true professional, a great business partner, and a wonderful friend. Our
entire team offers our deepest condolences to Robin America, Fuji Heavy
Industries and Jay’s family. The industry will miss him.”

Denise Stoppleworth, president of Ironclad Marketing, said “To me, Jay was so
much more than a client and business colleague. He was a wonderful
friend, a mentor, and someone who greatly influenced my professional
development in this industry. Words cannot begin to express what Jay has
meant to me and I will miss him dearly.”

James Truog, manager of strategic purchasing for Wacker Neuson, said
“It was a privilege to work together with Jay to achieve improvement
for the supply chain, and have fun at the same time. Jay was integral to
grow the FHI-Wacker relationship; the RAI-FHI level of performance set a
benchmark for the balance of the Wacker Neuson supply base. Jay was a
colleague and a friend. I will miss Jay.”