March 22, 2016 - The Ontario Canadian Rental Association hosted an esthetically appealing banquet on the first night of the Canadian Rental Mart on March 8, attended by around 200 CRA members. 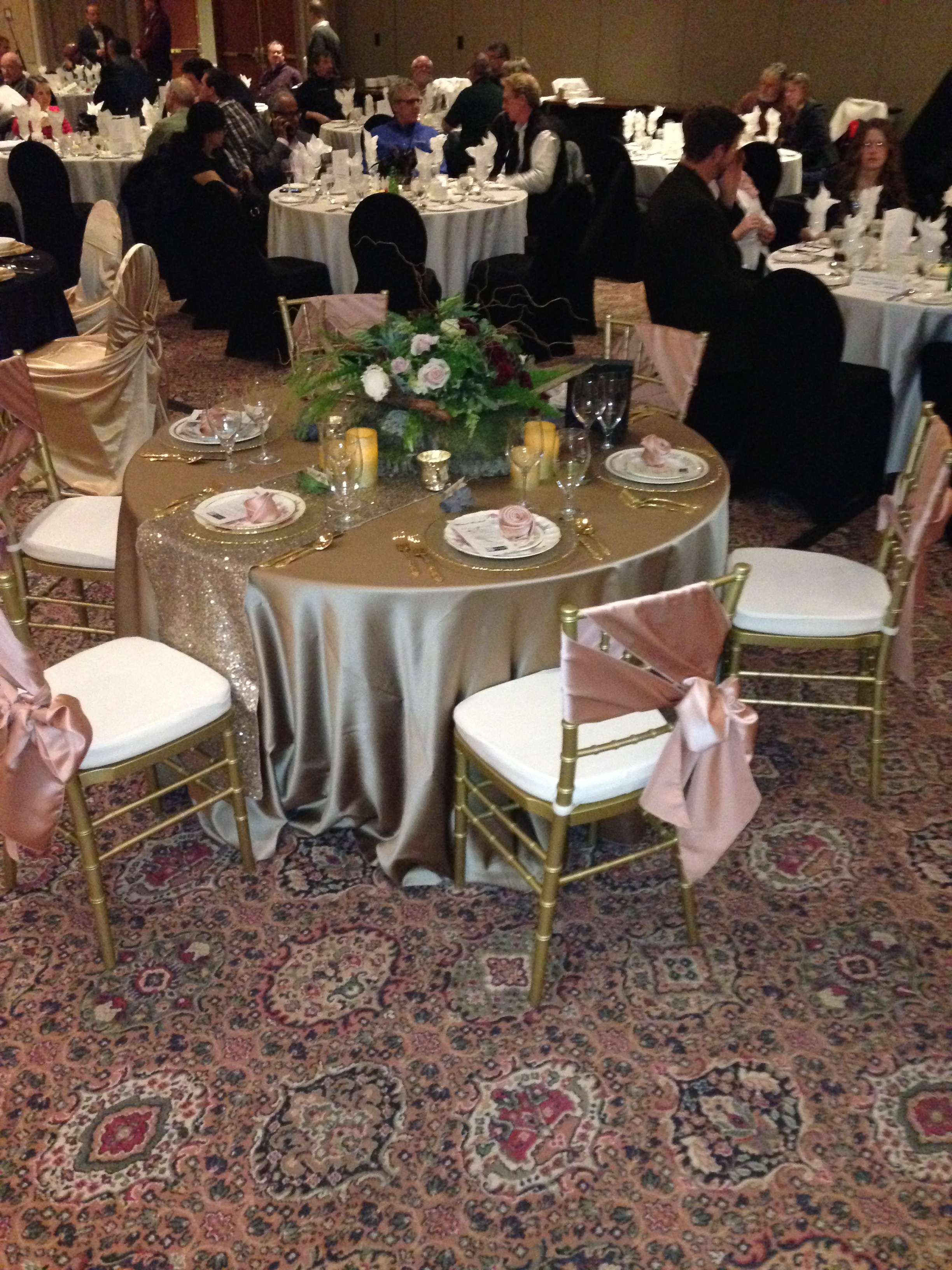 Four expertly decorated tables graced the front of the room from NJS Design Event Party Rentals in Clinton, Ont., Maclean Sherwood Event Rental in Brampton, Ont., and GNS Party Rentals. The fourth contestant was an out-of-the-box entry by Brandt Tractor! In an innovative and clever marketing move, the equipment dealer entered the contest and did one of the tables up in Brandt colours and logos. NJS Design won the contest, as voted on by the banquet attendees. The prize was $1,000 worth of supplies from National Event Supply and a cover story in Canadian Rental Service magazine.

NJS Design also won the Ontario President’s Image Award in the Party and Event category. Cooper Equipment Rentals won on the Equipment side, and SkyJack was awarded Rental Supplier of the Year for Ontario. Dean Nasato of Wacker Neuson received the Award of Merit from CRA Ontario for his long-time service to the association. The award is rarely given out to suppliers – a testament to Nasato’s hard work and dedication to the organization.