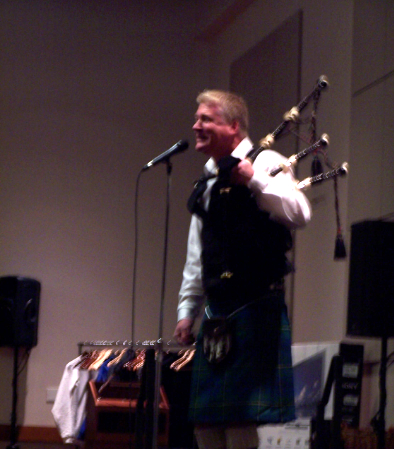 Jan. 21, 2011 – If there was one word to describe the 2011 CRA BC Regional Tradeshow, it would be "community." Over 40 exhibitors filled the Cloverdale Exhibition Grounds Showbarn in Langley, B.C. for the two-day event, which took place January 14th and 15th. Attendance was up by 13 percent from last year. That's a lot of members, and they all seemed happy to be there.

Jan. 21, 2011 – If there was one word to describe the 2011 CRA BC Regional Tradeshow, it would be "community." Over 40 exhibitors filled the Cloverdale Exhibition Grounds Showbarn for the two-day event, which took place January 14th and 15th. Attendance was up by 13 percent from last year. That's a lot of members, and they all seemed happy to be there.

Tony Davey of Hilti Canada was only one of the exhibitors who described the BC show as having a "real sense of community" and a "downhome feel."

"It's one of my favorite shows," Davey said. "A great way to kick off the year."

The BC Local association provided raffle prizes and catering throughout the weekend, as well as supplied the Hospitality Suite with enough food and beverages to please hungry CRA members at the end of the long days. Mandy Wellnitz, executive director of the CRA, believes the event's quality was due in part to this high level of hospitality. "[The show] has really come up a lot of notches in the past couple of years because BC Local has really stepped it up," she said.

The trade show wasn't only about industry networking, however. It was also about the hard, cold products. Rental professionals were there to see what was new, and this was the right group of people to show them.

"These are very qualified people," said Art Enns of Wallenstein. "They're very knowledgeable in the industry."

The exhibitors were just as eager to show their latest technology as attendees were to see it.

After two full days on the trade show floor, people were more than ready to proceed to the Cascades Hotel and Casino for more socializing at a banquet-style feast and awards ceremony. There, they had their palettes pleased and were treated to some unique entertainment to help them unwind. Kilt-clad comedian Johnny Bagpipes took the stage just after dinner with his musical shenanigans, and had the crowd slapping their tables in approval for the better part of an hour.

The whole event just wouldn't be complete until the hard work of the CRA members was recognized and awarded. Following the entertainment, BC national director Angie Venekamp handed out five awards on behalf of the Association.

Mike Faulkner spent a great deal of time on stage humbly accepting awards on behalf of Rentquip Canada. Rentquip was chosen as both BC Supplier of the Year as well as National Supplier of the Year for 2010, and Faulkner himself was called up to accept the award for rental professional of the year on his own behalf.

The Alberta Regional Award went to Jim Johnson of Cavalier Industries, and Russ Walsh of Chilliwack's EZE Rent-It Center was given the award for BC Rental Store of the Year.

Just when everyone thought the awards had been distributed, and Angie Venekamp thought her time behind the microphone was through, BC Local president Jim Clipperton surprised her with a custom Appreciation Award for her hard work and dedication to the local and the trade show.

On that kind note, people offered congratulations and proceeded in high spirits to the Hospitality Suite, where they wrapped up the first show of 2011 with just a little more networking.  Wellnitz commented on the camaraderie between rental professionals. "Competitors all work together. They all help each other out," she said. "It's a unique industry."