Heat and power solutions provider GAL Power welcomed about 70 members of the Ontario Canadian Rental Association to their first meeting of 2019 at its facility in Mississauga, Ont. Association vice-president Dustin Hubert hosted the gathering as they checked out the generators, heaters and fuel tanks in the warehouse, obtained refreshment from an impressive ice bar. enjoyed a barbeque buffet dinner and heard Raphael Sumabat of the Technical Standards Safety Authority explain proposed new rules for portable fuel-burning equipment. 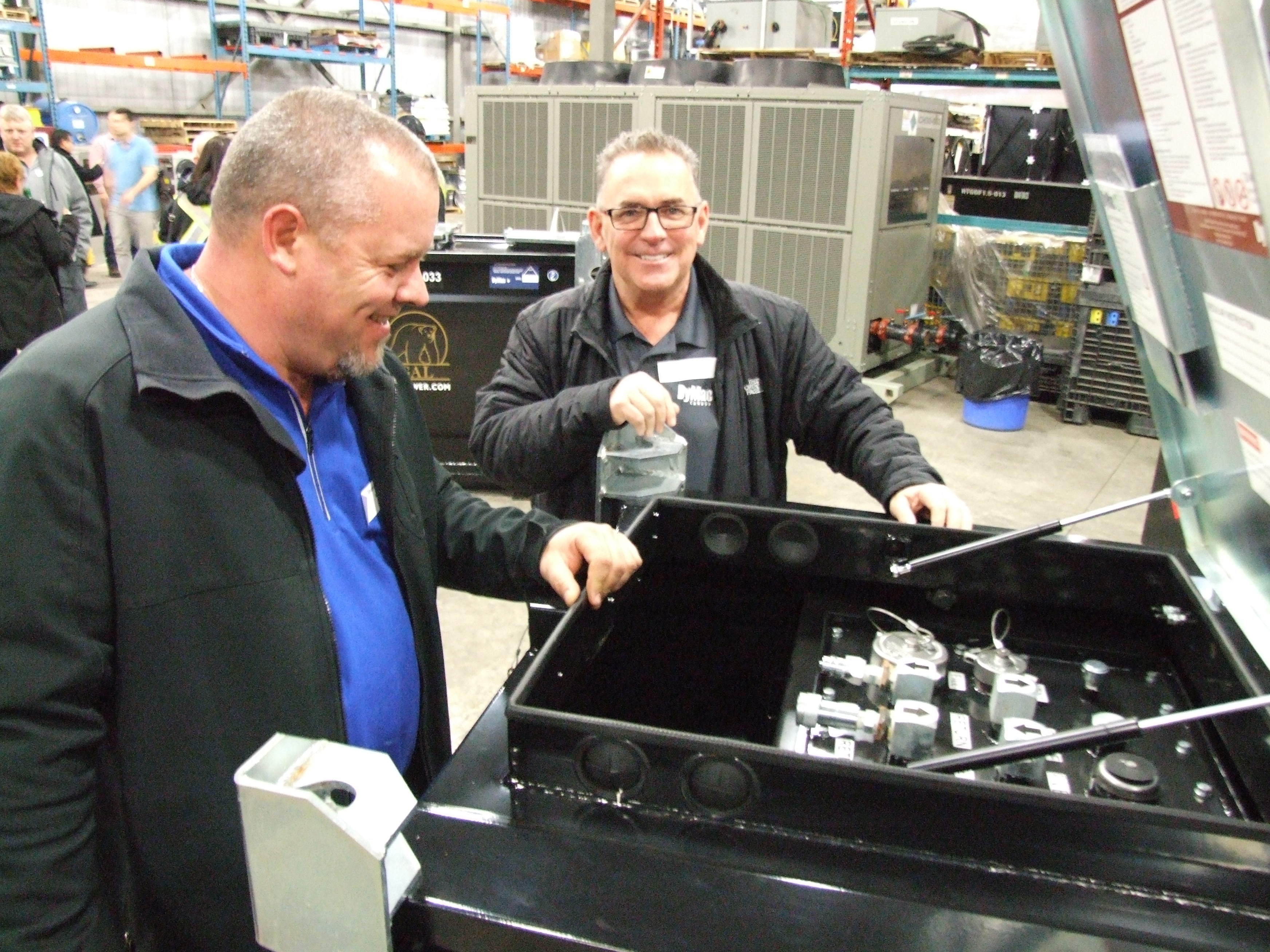 Sumabat told the meeting about CSA B138 and B139, the standards governing installation of diesel and fuel-oil-burning equipment. The standards affect such equipment as portable generators, heaters, compressors and light towers that use these fuels. It covers such areas of safety concern as hookups, venting, positioning relative to buildings and vehicles and allowable tilting. It is typically up to the fuel supplier to make sure these standards are being followed before they fuel any equipment on a jobsite. The group heard that TSSA has issued an advisory to fuel suppliers in Ontario reminding them of their responsibility to inspect portable installations with the same diligence they give to permanent installations. For rental stores, this means their customers can expect their fuel supplier to conduct an inspection of any portable equipment they rent prior to refuelling it. Sumabat says an inspection may take as long as an hour. Once the installation is inspected, it doesn’t need to be inspected again for 10 years…unless it is moved. Only inspectors holding TSSA Oil Burning Technician certificates may conduct inspections and approved installations.

Some lively discussion followed this information. Several members expressed concern about the inconvenience to their customers and the effect it may have on their willingness to rent such equipment. Many wondered if TSSA might consider a Record of Training certificate similar to what is used for propane fuelling. Sumabat indicated that no such certificate exists at present, but that it is the kind of thing TSSA does consider when brought forward by an industry group.

Matt Desrochers of Point of Rental was introduced as the Ontario CRA’s new director-at-large. The association will be looking to fill three board positions in its April elections: secretary, second vice-president and director.

The next Ontario CRA meeting will be in March. The association is looking for volunteers to host it.