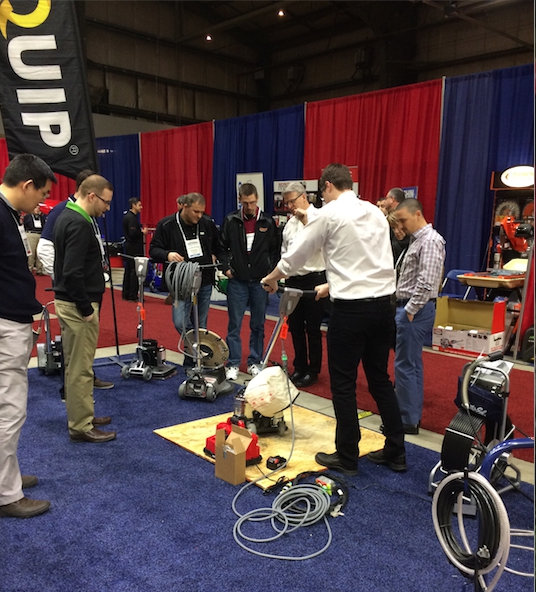 Attendance was strong for this two-day event showcasing 45 exhibiting companies in 70 booths.

The doors opened on Friday afternoon and attendees were able to kick tires on equipment as quite a number of exhibitors had iron on their booths. The $1,000 “rental bucks” draw for Friday was won by P.G. Rental Centre in Prince George. Also coming up as a big winner was M.J. Hutton from Doosan Canada who took home $750 in the 50/50 draw. There was buffet supper on the show floor and the show shut down at 9:00 although rumour has it that the “rental discussions” extended well into Saturday morning at one of the local pubs.

The next morning the trade show ran from 10:00 until 3:00. The “rental Bucks” winner for Saturday was Star Rentals in Langley.

Canadian Rental Service magazine spoke with first time BC exhibitor Jim Boddez of Five Bo who was impressed with the steady traffic at the show. He was quite pleased to be able to write up some new business as well.

Alan Galka, representing Weber MT, commented that the hospitality is always great at the BC show and he appreciates that it is always warmer here than the rest of Canada. Galka enjoys meeting with his loyal customers who are always interested in learning more about the products that he displays at the show.

Peter Birch, manager of Active Rent-All in Quesnel commented that he comes to the show so that he can put his hands on the new equipment and see exactly what the product is all about. He also appreciates putting a face to the name that he speaks with on the telephone and enjoys “rubbing shoulders” with other rental operators that come to the event.

The event concluded on Saturday evening with over 160 in attendance at the gala banquet back at the hotel. The next event on the CRA trade show circuit will be the Atlantic show in Moncton, NB February 17 & 18.