Peter Darbishire, editor of Canadian Rental Service between 1984 and 2007, shared his memories of the early days of the magazine, the rental industry and the Canadian Rental Mart. 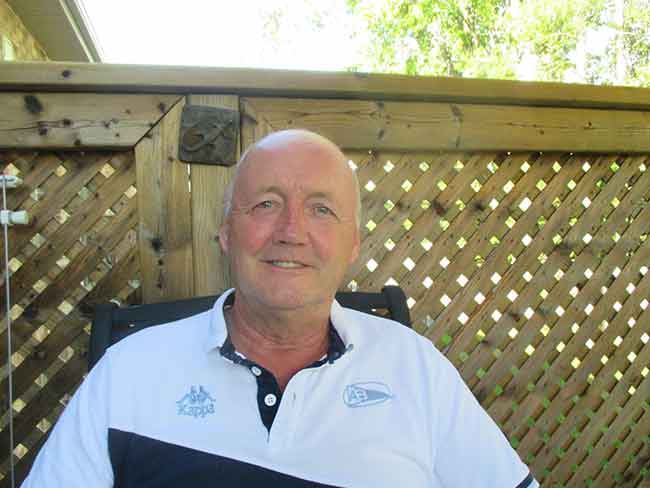 Q: Tell me about the early days of Canadian Rental Service. Who started the magazine?

A: It was started by Peter and Naomi Watkins. I think it started as a quarterly. We bought it in ‘84. The Canadian Rental Mart, or it was called The Rental Mart at that time, was in January and we bought the magazine that spring, but the show was still, I think, owned by Watkins for one more show. Naomi was editor and Peter, Peter Watkins, was the publisher. And they were, I believe, former Southam publication employees. So they took an early retirement and then started this magazine and by ’84 the rental industry at that time was growing leaps and bounds. And it had changed from being the kind of round-the-corner, little, greasy mom-and-pop-type operation with old equipment that wasn’t all reliable and so on. I’m not saying they were all like this but, in a general sense, the industry had been like that in the, let’s say, up until the mid-’70s. They started the magazine and during that first few years, the rental industry grew into being a professional-type operations and some guys started to really come up to what we know now as the standard. And this was all before the big takeovers by the big chains.

Q: How did you get an opportunity to buy the magazine?

A: Between those two dates, when the Watkins started the magazine and when we bought it, the industry grew by leaps and bounds in terms of its professionalism and number of rental stores and the public’s perception of this type of operation. And contractors started using rental equipment instead of owning their own. Homeowners started doing more projects that demanded better equipment and so on. But the peril in this growth was that there was a growth on the supply side, so major distribution operations started that catered specifically to the rental trade. Some of those are still in operation. There was a company called Polyquip, there was another one called Uniquip. And you’ll see in the advertising in the early issues, those guys were huge suppliers to the business. And so the business grew to a point where the Watkins were running this out of their kitchen, basically. And churning out their, at that time, I think it was six issues a year and they were saying, “You know what? This is retirement project is becoming more than we want.” So, they started sort of dropping hints to some suppliers saying, “We don’t know how much further we can take this.” And one of the suppliers happened to be an advertiser with Canadian Rental Service, but was also an advertiser with one of our other publications.

Q: What changes did you see in your business over the years?

A: We installed an associate editor [Elinor Humphries] and an advertising sales rep and the advertising sales rep who first worked on that for us was Bill Branderhorst We did the Rental Mart which grew in leaps and bounds through that period, too, that next five or eight years. When we bought the magazine, the Canadian Rental Mart was at the Skyline Hotel and I don’t know if you’ve ever been at an exhibition in there, but everything has to come up an elevator. So we had compactors and rollers and God-knows-what coming up and every one had to come up singly. You can imagine the pandemonium of getting the show. It was just brutal.  So, the next year, Watkins took it to the Constellation Hotel, which has now all been bulldozed, but it had sort of a ramp that you could bring everything in on and so the move-in was much better.

Then we were in every nook and cranny and hallway in the Constellation: two ballrooms and every hallway. It was unbelievable. I guess we’d have been about two or three years in the Constellation, then we took it to the Automotive Building in Exhibition Place and I think we were there for three or four years and we filled the whole thing. The show was massive and people like Polyquip would take 24 booths. It was crazy. And, of course, Polyquip and Uniquip were huge competitors, so if one upped it, the other one had to up that. It was pretty interesting times.

Q: Who else were some big supporters of the magazine and the Rental Mart?

A: Rentquip is another interesting one because — what’s the guy’s name who runs it now? Jim Freeman. Right, well, his dad was Fred Freeman. Jim would recall because he was a kid at the time. They had a very close relationship with the Watkins because Fred was one of the big supporters. He pushed and said, yeah, this is a great idea, the industry needs this and so on. And at that time Fred used to do electrical cables and things like that. He had had a little specialty thing and he used to build them himself and sell them to the industry and he used to sell little stories for the magazine. So Rentquip was in the business from that time and still there now, so he’d be the longest standing supporter, if you like, of the magazine.

Q: What kinds of content did you put in the magazine?

A: Most of our stuff we generated in-house and/or we’d talk to people in the industry for technical information. I used to do a few technical ones; my background is engineering so I used to do a few things like that, like how to use the compactor to compact soil or base material for putting down patio. Things like that that the guys could then use to give to their customers. We did a few of those. We had a sort of “equipment that works”-type column. It would have a banner head and then a note about how to use a such-and-such, or how to best care for a such-and-such. Some of these would be things that the rental operator could show to a customer as a sort of “how-to.” Nowadays, rental operators are pretty adept at using any tool they have and they can explain and demonstrate and advise guys how to do projects. So, it’s a very different business from that point of view. At that time I think
some of them, they knew how do it but they didn’t have any kind of handouts. So I think the idea was that we would produce something they could reprint and use as a handout.

Q: Do you have any fun memories from your time in the industry?

A: We used to have a celebrity or a well-known figure would come to the Rental Mart and be a bit of a draw. I think by this stage we’d moved the show up to the International Centre and we were in Hall Six at the International Centre and we filled that. But we had Eddie Shack come and be our celebrity and he was a wonderful, wonderful guy. It was really interesting to have him there and he took a genuine interest. He walked around and said hello to people. The guy’s huge, right. But he had a sense of humour. He had fun the whole time. And we had posters made up and people came and got the posters signed by Eddie Shack. But a really curious twist happened to this. There was a rental operator in, I think, Lindsay, Ontario, who was a lookalike and he had the big handlebar moustache and everything. And he was absolutely thrilled about this and I think we did a profile on him. And he came to the show and there’s a picture in the show report somewhere of Eddie Shack and this rental operator and he came with the black gear on, the black cowboy hat, the whole bit. And the two of them shaking hands. I won’t tell you what Eddie Shack whispered to him in the commentary but it was really, really funny to see these two guys.

A: I’m still living at a rural property outside Exeter which I’ve been in for 30-odd years. And I do little home projects. I build decks and sheds for people. One big thing I have is that I don’t compromise on quality, on materials, and I don’t like deadlines [laughs]. The job will be completed as soon as I can get it done. I don’t delay but the thing is if someone says I need this done by August the first, I’ll say, “Well, see who you can find because I’m not going to go under a gun.” We had years of 30- and 50-odd magazine issues a year and every one had so many deadlines, so I don’t need deadlines any more.