Oct. 19, 2017 - The Ontario Canadian Rental Association made a rare stop in Windsor, Ont., last night to enjoy the hospitality of the Windsor Yacht Club on beautiful Riverside Drive overlooking a spectacular sunset on the Detroit River. About 30 members enjoyed a delicious buffet of salmon and roast beef with mushroom sauce, then listened to Matt Mitchell, an enforcement officer from the Ontario Ministry of Transportation explain regulations for CVOR-licensed and other commercial vehicles. 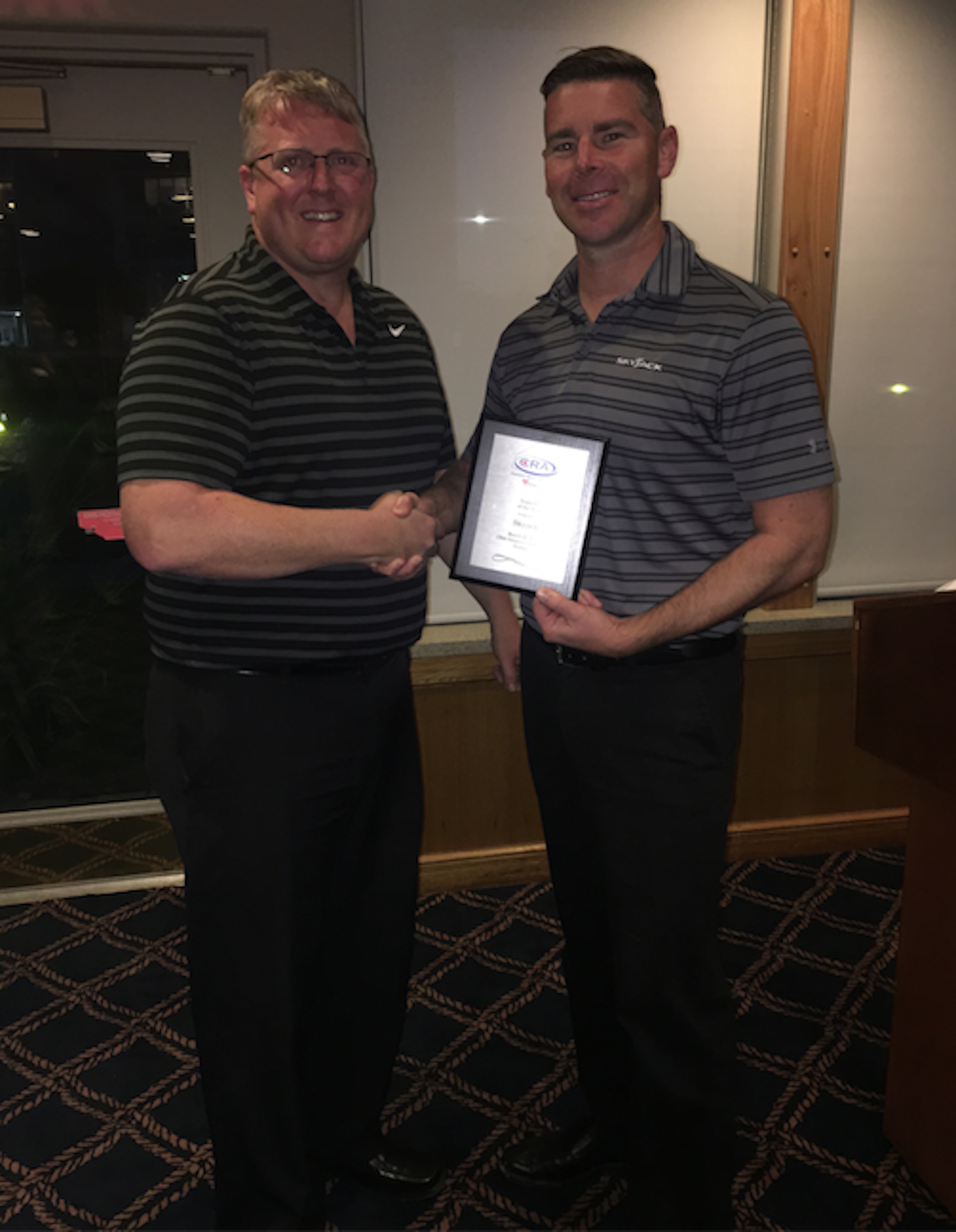 Mitchell’s humour and straight-talking style was refreshing coming from a Ministry officer. He didn’t hesitate to explain which infractions were of more interest to MTO officers and which were he’s “not looking for.” He was peppered with questions throughout the presentation and handled some grumbling about drivers’ treatment at the hands of the MTO with grace. It doesn’t seem to matter how many times the weight calculations for commercial vehicles are explained, confusion persists. When something is a trailer and when it is a “device” with wheels for towing is another grey area. Mitchell did a good job to make it as clear as possible. He made some interesting remarks about the expanding role of MTO officers, saying they are almost taking over the role of police when it comes to commercial vehicles. He also explained that distracted driving is far and away the top priority of the MTO right now and that any driver touching a phone while on the road risks a $490 fine, with penalties expected to increase to $1,000 and possible impounding of the vehicle in the new year.

The location of the November meeting is still to be determined, but will likely take place in the Greater Toronto Area.