March 11, 2015 - Even with greater anticipation and increased expectations for The Rental Show 2015 in New Orleans, the optimism and energy could be felt from all facets of the rental industry throughout the Ernest N. Morial Convention Center from Feb. 22-25. 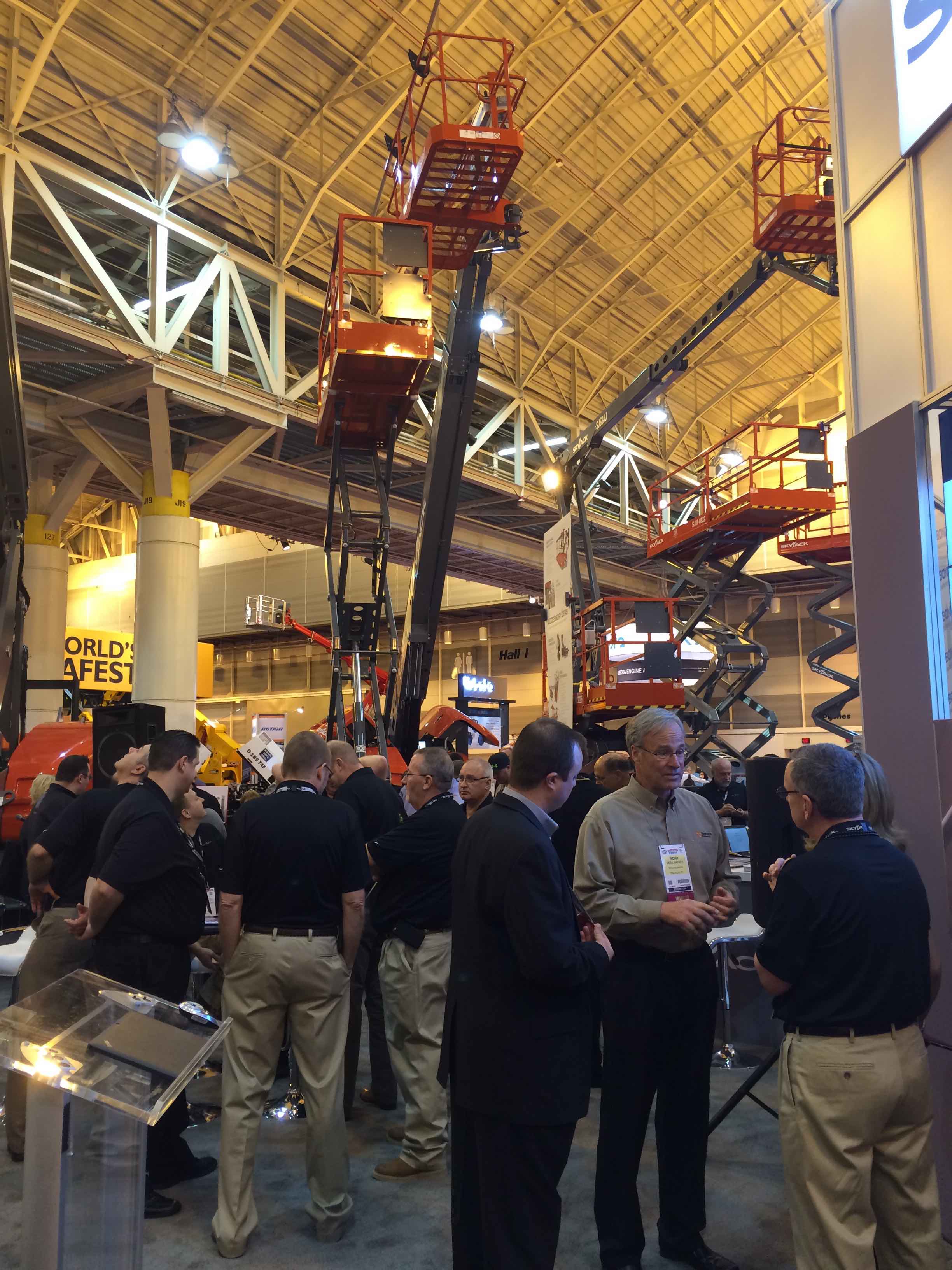 That optimism and energy also are reflected in the final attendance numbers, which increased for the sixth consecutive year – a milestone that hasn’t been achieved by The Rental Show since the early 1980s. Rental business attendance increased nearly 5 per cent this year over 2014.

While the attendance growth was apparent throughout the exhibit hall when it opened on Monday, Feb. 23, the enthusiasm wasn’t limited to the show floor. The pre-show Events & Tents workshop on Saturday, Feb. 21, had been sold out since November with 450 registrants, plus the wide variety of educational seminars on Sunday, Feb. 22, attracted attendees in great numbers. Then there was the keynote session featuring Denver Broncos quarterback Peyton Manning on Monday, Feb. 23, drawing a capacity crowd that gave the NFL’s only five-time MVP numerous standing ovations before, during and after his address.

Christine Wehrman, American Rental Association (ARA) CEO, was pleased with the remarkable way attendees and exhibitors were enjoying one another throughout The Rental Show, participating fully in the programs and events, and using the networking opportunities the show provides.

“Everything at the show was working at the highest level this year. There was strong interest in meeting with exhibitors, purchasing of equipment, excellent networking and positive attitudes from all attendees and exhibitors,” Wehrman said. “There is an optimistic outlook for the future of the equipment rental industry, short-term and long-term. Everyone is very confident of the future being a stronger marketplace and they are investing in the growth of the industry.”

Paul Phelon, now ARA’s chairman of the board from Timp Rental Center in Orem, Utah, noticed that confidence as well. “The show had a great deal of energy, with a lot of people in New Orleans and a high level of buying activity. Members were flooding the show floor and vendors were excited to see people coming.”

Exhibitors felt the energy throughout The Rental Show also. “People were buying from the beginning of the show and others were shopping and then coming back to finalize quotes,” said Clay Eubanks, Takeuchi Manufacturing (U.S.), Pendergrass, Ga. “We knew it was going to be good because the economy overall is doing better. The show this year was like the old days with a buzz and buying activity.”

Next year, a celebration of ARA’s 60th anniversary will be the focus of The Rental Show. Dates for the show are Feb. 21-24, 2016, at the Georgia World Congress Center in Atlanta.