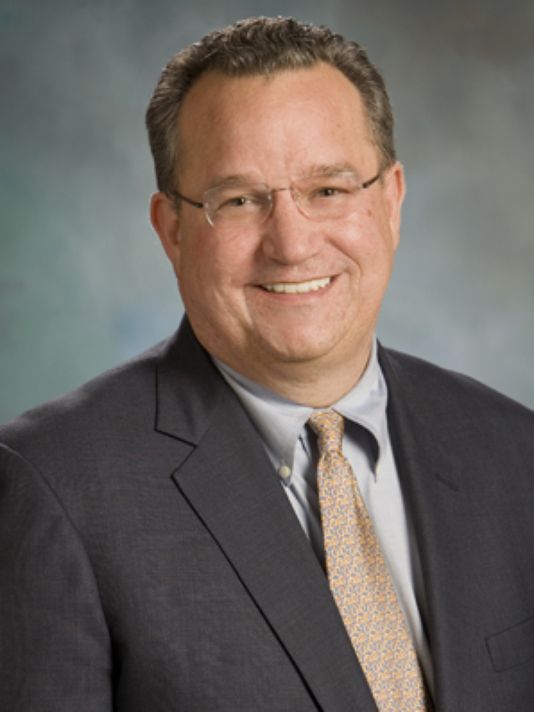 Nov. 24, 2014 - Hertz Global Holdings has announced that John P. Tague has been appointed President and Chief Executive Officer and to the Company's Board of Directors, effective November 21, 2014. Mr. Tague's appointment follows an extensive search conducted by the Hertz Board of Directors.

The search process was overseen by the Board's CEO Search Committee,
which is comprised of five independent directors including two recently
appointed as part of an agreement with Carl C. Icahn, with the assistance of a leading executive search firm.

Mr. Tague is a travel and transportation industry veteran who has
delivered demonstrable results in revenue generation, operational
excellence and corporate transformation. A former President and Chief
Operating Officer of United Airlines, he is credited with innovative
product and pricing programs that drove strong financial performance as
well as improved customer satisfaction. Most recently, he served as
Chairman and Chief Executive Officer of Cardinal Logistics Holdings, a
leading transportation and logistics provider and private-equity backed
company.

Linda Fayne Levinson, Independent
Non-Executive Chair of the Hertz Board, said, "John is a leader whose
record shows a relentless focus on execution and high performance,
having driven the successful turnaround of other large, complex consumer
facing companies such as United Airlines. The Board was very clear
about what we needed in a new CEO for Hertz. We were looking for a world
class global leader who knows the travel industry and its players, has
an intimate understanding of the revenue optimization equation, drives
operational excellence, has driven turnarounds, is a superb people
leader, and most of all, understands how to create shareholder value. In
John we have found that leader."

Carl C. Icahn, Chairman of Icahn Enterprises L.P., commented, "My team and I, along with Linda Fayne Levinson
and other members of the Hertz Search Committee, spent a significant
amount of time with a number of highly qualified candidates. The
Committee performed an extensive search for the CEO position before the
Committee and the Board unanimously selected John Tague
as the next CEO of Hertz. I have been involved in a number of CEO
searches during the last decade and have been quite impressed by the
knowledge and imagination of a number of these candidates, many of whom
have turned into very successful CEOs. I am happy to say that after
listening to John's ideas concerning Hertz and evaluating what he has
accomplished at United, I believe he ranks at or near the top of the
group. Importantly, Glenn Tilton, the former Chairman and CEO of United Airlines, informed me that John Tague
was a key player in the United Airlines turnaround and as President and
the former COO he would have been Glenn's recommendation to be the next
CEO of United once Glenn retired, had the United / Continental merger
not occurred."

Mr. Tague said, "I am honored to have been selected to lead Hertz to
its full potential at a time of unprecedented opportunity for the
Company and industry. I look forward to partnering with Hertz employees
as we work to earn sustained industry leadership for the benefit of our
shareholders, customers and team."

Ms. Levinson added, "On behalf of the Hertz Board, we thank Brian MacDonald
for his selflessness in stepping into the interim leadership role.
Strategic actions he and the Hertz team have taken over the past months
have enabled a smooth transition and put Hertz on stronger footing to
address our challenges and achieve success."

Mr. Tague has served as Chief Executive Officer of Greatwide
Logistics Services, LLC since 2011, where he oversaw the merger between
Greatwide Logistics Services and Cardinal Logistics Management, Inc. in
2013, creating one of the largest U.S. providers of dedicated
transportation. Mr. Tague has since served as Chairman and Chief
Executive Officer of the combined company, Cardinal Logistics Holdings.

Mr. Tague previously spent eight years at United Airlines, Inc. and
UAL Corporation, where he served in a number of leadership roles,
including President and Chief Operating Officer. He served as President
of United Airlines and Executive Vice President of UAL Corporation until
the closing of United's merger with Continental Airlines in 2010. In
that role, Mr. Tague was responsible for all airline management
functions, including actions to modernize the fleet. In the year prior
to his announced departure from United, United delivered a $1.2 billion revenue improvement, generated a $750 million
profit improvement, tightly managed its costs and increased its margin
by 16 points, delivering the industry's leading profit margin year to
date at that time. After he was appointed President, United's customer
satisfaction improved by 70 percent domestically and on-time performance
improved from worst to first, with United leading the network carriers
in on-time performance.

Before joining United, Mr. Tague held several leadership positions at
ATA Holdings Corp., including President and Chief Executive Officer
from 1997 to 2002, and President and Chief Operating Officer from 1993
to 1995. Under his leadership, ATA grew from $300 million to $1.4 billion
in sales and to employ 8,000 associates. Mr. Tague previously served as
Executive Vice President of Marketing and Planning for ATA. He also
held various positions at Midway Airlines, including Senior Vice
President of Marketing and Planning, and served as Chairman, Chief
Executive Officer and President of Vanguard Airlines, Inc. between 1996
and 1997.

He previously served on the Board of Directors for Reddy Ice Inc., Pacer International, Inc., Orbitz, ATA and United Airlines.