Sept. 18, 2015 - Major rental equipment dealers and manufacturers showed their strong support for the industry with some eye-catching donations to the Ontario Canadian Rental Association's annual golf tournament, held Sept. 15 at Springfield Golf and Country Club in Guelph, Ont. About 80 golfers enjoyed absolutely perfect weather and great conditions for the scramble. 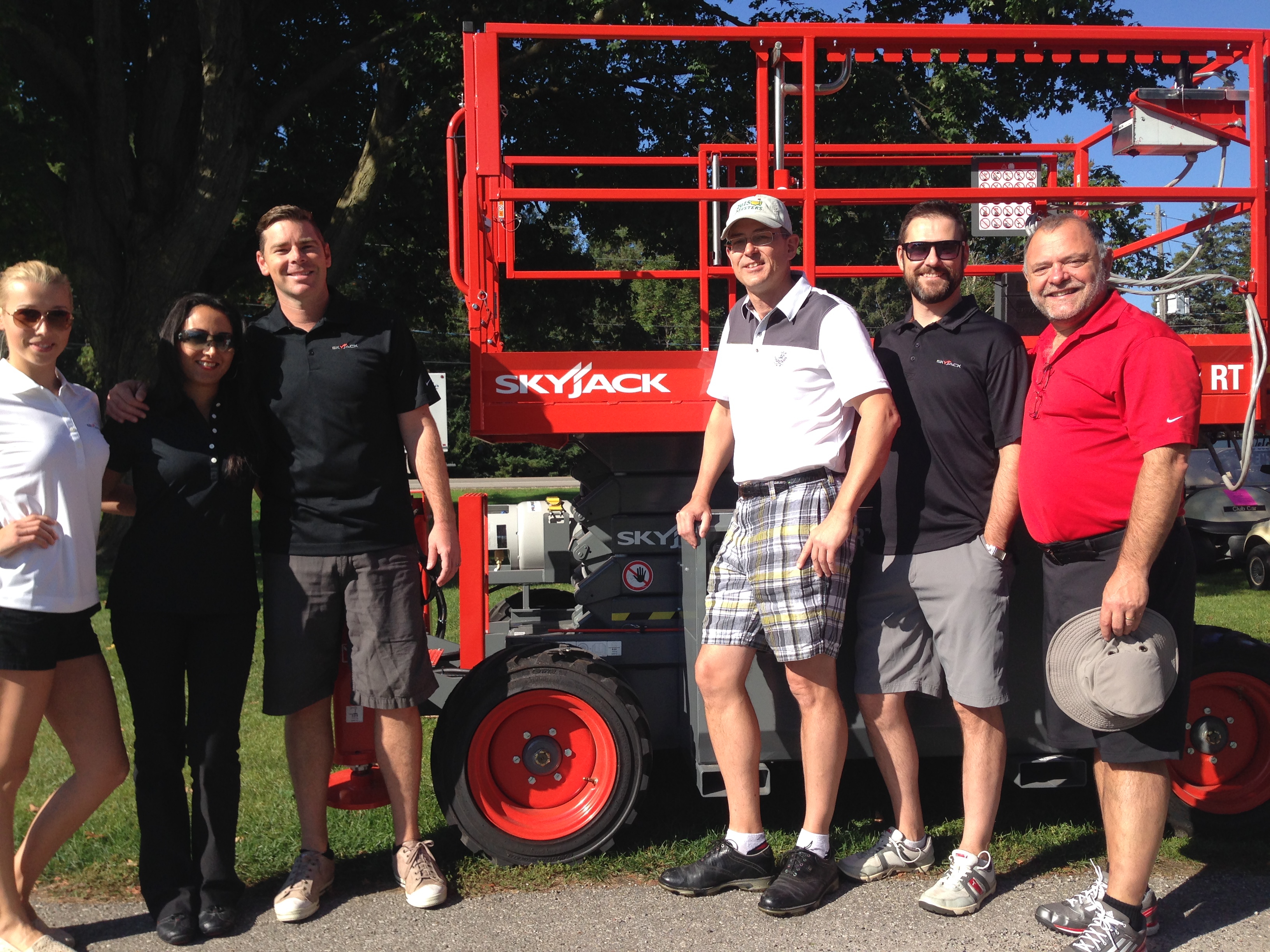 Skyjack added intrigue to the seventh hole with a hole-in-one prize of an SJ6826 scissor lift, and Brandt put up a $10,000 credit for anything it carries as a hole-in-one prize on number nine. Those prizes weren’t claimed, but having the lift right out there on the course made for a nice show. Many other sponsors piled in with prizes, including National Hose, Rentquip, Muskoka Party Rentals, Wacker-Neuson and Vermeer.

Prize winners for the day were:

Golfers enjoyed an excellent dinner of chicken and ribs provided by the course kitchen following the round. Special thanks went out to Gord Ellis for his leadership in organizing the tournament.