Saskatoon put its best foot forward at the March 14 Prairie Show, thanks to double-digit temperatures and another strong combined effort by the Alberta, Saskatchewan and Manitoba Canadian Rental Association locals. About 160 attendees made for a lively show floor and over 50 visitors enjoyed a Friday tour of some impressive Saskatoon rental operations. But the big news of the show was the announcement that it would move to Edmonton in 2016. 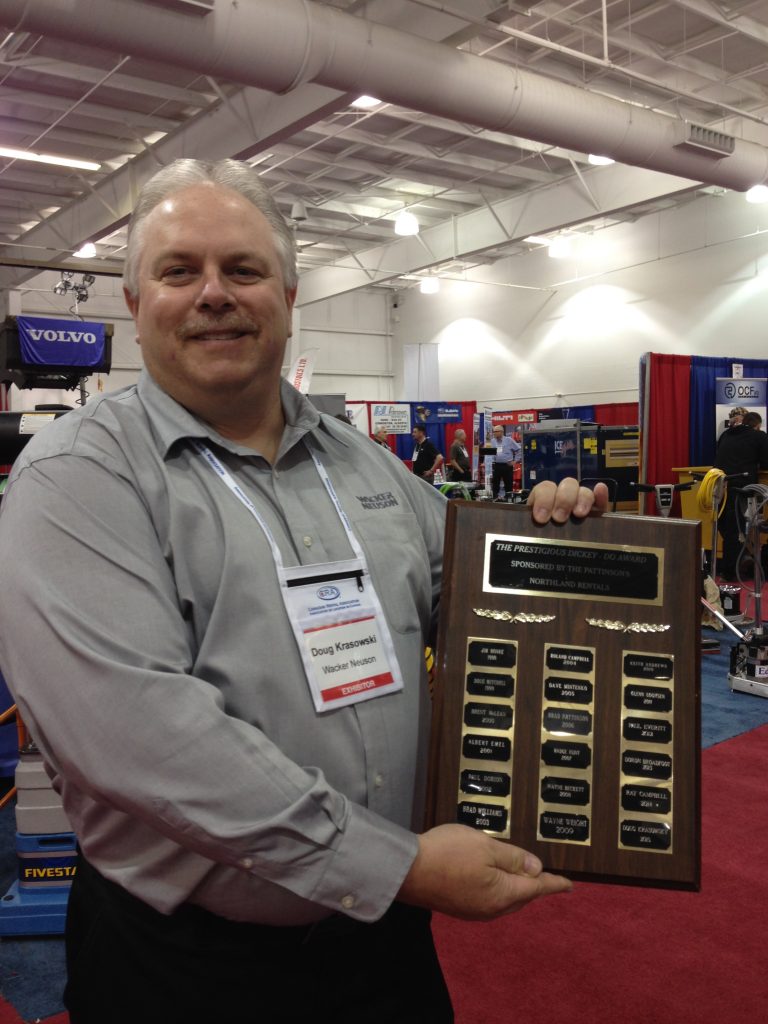 Cavalier founder Jim Johnson was on everyone’s minds following his death Feb. 27 at the age of 69. His son, T.J., and daughter, Brittni, were approached many times with condolences and fond memories. T.J. and Brittni now own Cavalier as president and vice-president, respectively. CRA chairman, Marc Mandin, paid tribute to Johnson in a speech at the banquet, noting his exuberance, his emphasis on quality and his enthusiastic support for the association.

American Rental Association president, Terry Turner, was on hand for the Friday tour and to speak at the Saturday night banquet. Turner thanked the western locals for the warm welcome to Canada and mentioned his delight at suddenly becoming 25 per cent richer just by crossing the border.

David Mintenko, CRA national president, made the official announcement of the show’s move to Edmonton at the banquet. He recognized the strong efforts of the Saskatchewan local over the years to host the show and build it into the successful event it is. The move was formalized with the “hand off” of a Roughriders football, signed by the Saskatchewan board, to Alberta national director, Jim Boddez. Reaction around the show to the move was positive, with many exhibitors expressing excitement at gaining exposure to the hot northern Alberta oil-field rental market at the next show.

In lieu of a traditional educational seminar program, the Prairie Show featured a well-organized tour of three Saskatoon stores (Handy Group, The Rent It Store, and Hub City Display), one equipment dealership (Earthworks) and a local micro-distillery, LB Distillers. Post your guesses in the Comments section as to which stop was most popular.

Fundraising through a 50/50 draw and silent auction raised over $3,000 for the Doug Mitchell and Dorothy Wellnitz scholarship funds, awarded by the ARA to children or employees of Canadian rental operations who wish to further their education in a field relevant to rental.