Back in Drummondville for the second year in a row, 49 companies hailing from Canadian locales such as Gatineau, Rouyn-Noranda, Montreal and Edmonton, and as far away as Europe, China and the United States, attended the Canadian Rental Association’s Quebexpo 2018. More than just an equipment show, the exposition generated valuable networking opportunities for newcomers and regulars with its lunches and ever-popular cocktail on opening night. 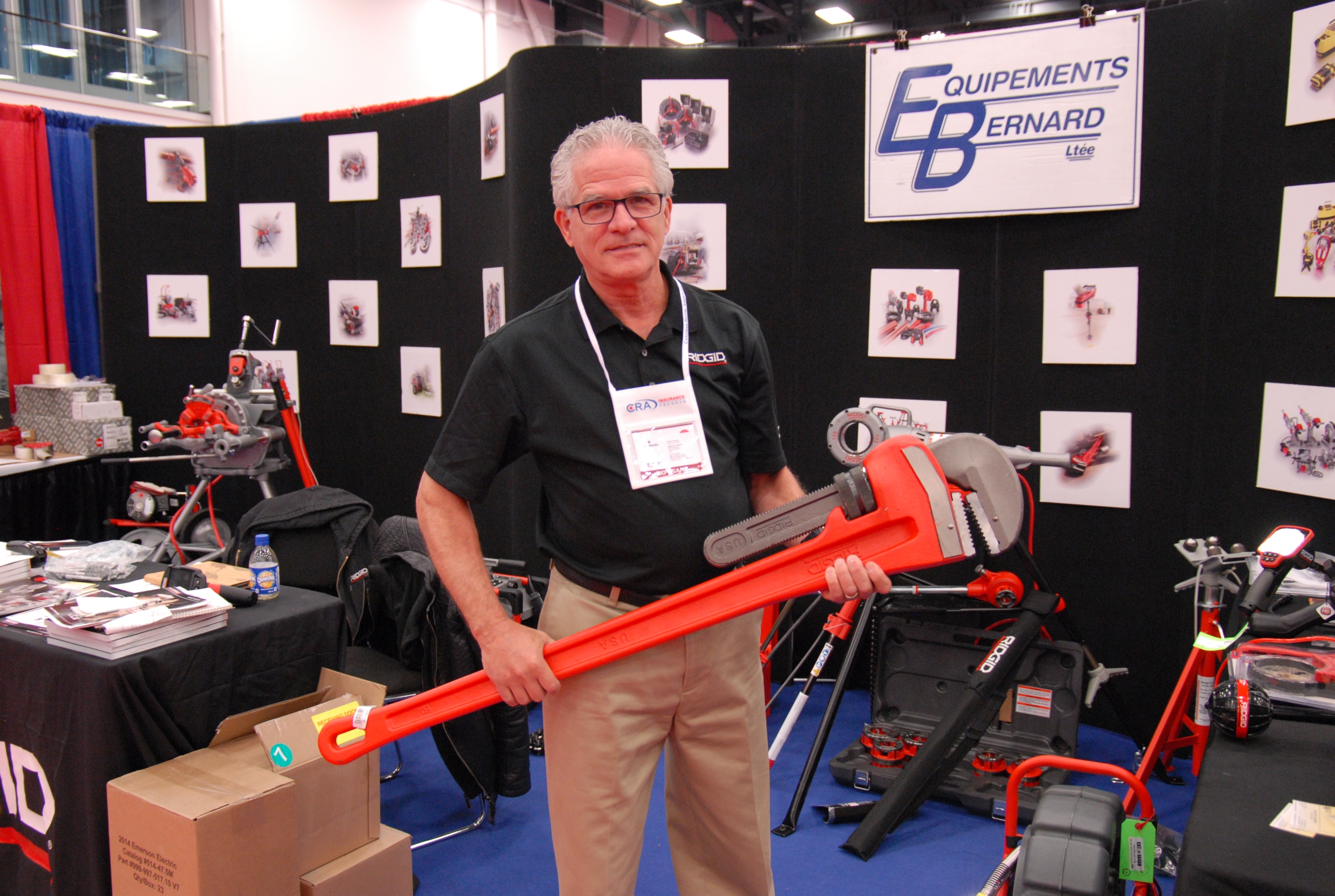 Returning exhibitors included Skyjack, Contrax Equipment, Kubota, Inteq Distributors and Genie. Dominique Méthot, from Rentquip Canada and Associate Director on the CRA board, observed that the exposition was enjoying an increased attendance in visitors this year. On display at his booth was a new Honda 22HP power washer – 5,000-PSI and five GPM – on a compact cart with puncture-proof tires.

“Quebexpo is an opportunity for us to meet clients face-to-face who are based far away,” commented Paul Astudillo, Market Development Specialist for Wacker Neuson Limited. Among the yellow heaters, submersible pumps, dumpers and concrete equipment stood a battery-operated vibratory rammer, capable of 680 blows per minute. The first of its kind in Canada, it has 30 minutes of autonomy per battery, and is suitable for sound-sensitive and poorly ventilated work environments.

One of this year’s newcomers was Pierre Benetreau, CEO and Ringmaster of LP Tent. The company’s roots as a touring European circus are evident in its patented, steel-framed pop-up tents and inflatables, designed for intuitive set-up.

Marie-Pier Vachon, controller for SOSLocation.ca, attended Quebexpo many times as a buyer before setting up her own booth this year to showcase the business’ electric and diesel boom lifts. Some stretch up to 170 feet, yet will fold down to pass through a doorway.

Wallenstein displayed its signature log splitters and wood chippers, handmade in Ontario for over 25 years. They included the BXTR6438, a trailer-mounted wood chipper with a 999-cubic centimetre Kohler motor and a 7- by 11-inch opening.

This year, many exhibitors presented equipment designed to deal with some pervasive problems. For example, Weber MT, Inc.’s VPR700 hardscaping paver roller was created with the operator in mind. Users will appreciate that awkward turning manoeuvres are avoided thanks to its reversible handle, and that it reportedly generates no dust. Angela Ellingwood, Weber’s Bangor, Maine-based Marketing Operations Director, mentioned that the registration process for Quebexpo was straightforward and well-organized.

Several vendors highlighted the visibility and partnership possibilities with rental centres offered by the show. Such appeal brought Thomas Xia, Director at Deyou Technology Inc. to the show for the first time to build a North American service infrastructure for the Pointe-Claire-based Chinese company’s scissor lifts and trailer-mounted spider lifts.

Équipements Bernard Ltée, a regular presence at Quebexpo, demonstrated a self-leveling Ridgid thermal camera with colour display and a cable up to 200 feet long. It is bundled with its Scout, a probe that can locate the camera’s tip as deep as 12 inches underground. Dominic Bolduc and Sylvain Couturier, both representatives, suggested that future expositions could offer “short, hands-on workshops for attendees and potential clients” to emphasize a product’s value.