Opioid overdoses are on the rise in Canada’s construction industry

Opioid deaths are on the rise in Canada’s construction industry 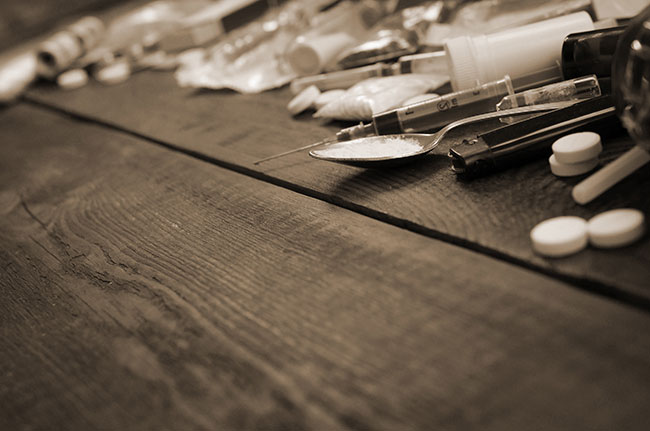 A 2017 report suggests that 100,000 productive years of life were lost due to premature opioid toxicity deaths. image courtesy of Bill mehaniq41/ADOBE

According to the recently released report, “Lives Lost to Opioid Toxicity among Ontarians Who Worked in the Construction Industry,” the numbers have been climbing fast.

The report, created on behalf of The Ontario Drug Policy Network, The Office of the Chief Coroner for Ontario/Ontario Forensic Pathology Service and Public Health Ontario, stated that Ontario reported 2,460 opioid toxicity deaths in 2020, a staggering 60-percent increase from 2019. It also states that Ontario’s construction sector is significantly over-represented in the number of opioid toxicity deaths since the beginning of the COVID-19 coronavirus pandemic in March 2020.

While the industry represented approximately 3.6 percent of the province’s population and 7.2 percent of people employed in Ontario in 2021, 33 percent of those who were employed at the time of their deaths due to opioid toxicity worked in the construction sector.

The report points to the rigors of the type of work being performed as a contributing factor:

During that same time period, 98.4 percent of the people employed in the sector that died of opioid toxicity were male.

The rising opioid issues in Ontario’s construction sector are on a similar trend to British Columbia, where it was reported that 20 percent of opioid toxicity deaths that took place in 2021 were employees within the construction sector. 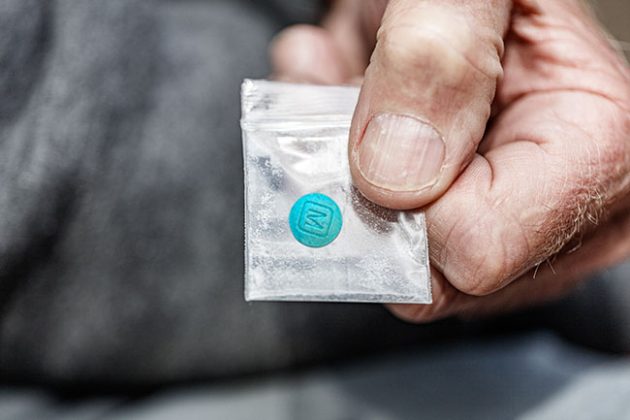 In Ontario, opioid-related deaths rose by 60 percent in 2020 from 2019.
image courtesy of Bill Oxford/GETTY

While the number of opioid toxicity deaths in B.C. have spiked since the beginning off the pandemic, the construction industry was over-represented well before COVID-19 came to Canada.

According to Government of British Columbia Coroners Services report, “Illicit Drug Overdose Deaths in BC: Findings of Coroners’ Investigations,” published on Sept. 27, 2018, 55 percent of those who died of an overdose in B.C. between 2016 and 2017 (and were employed at their time of death) were working in the trades and transport industries. This is another massive over-representation of those employed in the trades and transport industries, considering it was reported that those industries made up 15 percent of people employed in the B.C. 2016 Census.

Across Canada
In addition to all of the tragic deaths that opioid use is responsible for across Canada, it is responsible for billions of dollars in losses. The Ontario-based report stated that in 2017, it was estimated that across all sectors there was $4.2 billion in lost productivity due to opioid use in Canada. This number was reached due to “100,000 productive years of life lost due to premature opioid toxicity deaths.” One can certainly argue that those losses have only skyrocketed since that time.

According to the Government of Canada report, “Opioid- and Stimulant-related Harms in Canada (June 2022), a total of 29,052 people have died from apparent opioid toxicity deaths between January 2016 and December 2021. Of those deaths, 88 percent took place in Ontario, B.C. or Alberta.

The report notes that elevated rates have been observed in other areas of the country, including Yukon and Saskatchewan (Manitoba’s data was not available at the time of the report). Fentanyl was involved in 86 percent of Canada’s accidental opioid toxicity deaths in 2021 (81 percent of those were non-pharmaceutical). 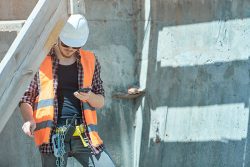 The physical demands, mental challenges and the occasional nature of construction work may contribute to opioid use.
image courtesy of Bill mehaniq41/ADOBE

For employers who suspect an employee may have a “drug problem,” Chappel suggests focusing on assessing the employee’s behaviours on the job and drop the word “problem.”

“Employers should be assessing if that individual can do their tasks safely at that time, on that day, at that moment,” she says. “We hesitate to use the word ‘problem’ when you’re talking about like addiction. You really can’t diagnose that unless you’re a medical professional or a counsellor, so what we encourage employers to do is focus on what they’re seeing, and if that behaviour is a safety concern.”

Chappel encourages employers to evaluate their employees as they go about their day-to-day tasks.

Chappel encourages employers to develop programs and policies so that every instance of impairment is addressed similarly and in a clear manner.

“Employers may offer employee-assistance programs, if they can,” Chappel says, adding that there are many other organizations that have resources available for employers and employees.

The toolkit was designed for supervisors, managers, human resources professionals, unions, associations and related organizations, while also containing ready-to-use resources for employees. It includes resources for employers and workers to help prevent substance use harms; educate about substances and their effects; address employee substance use; find services and supports, and access related information about key reports and organizations. For any questions related to the toolkit, the CCSA can be contacted at workplace@ccsa.ca.

Thankfully, the problem of opioid use is not going unnoticed and more resources are becoming available to businesses. The government of Canada has advice available for individuals and companies where employees are dealing with substance abuse. Opioids in the Workplace, Opioid Response Training, Opioids 101 and Healing the Whole Human Being, are fact sheets and resources from the Canadian Centre for Occupational Health and Safety, St. John’s Ambulance, the Canadian Mental Health Association and the Alberta First Nations Information Governance Centre. Those resources and more are available through the Canadian Centre on Substance Use and Addiction website, ccsa.ca.

Related
What Went Hong: Opioid safety
Editorial: The other pandemic
PPO congratulates government on release of Construction Lien Act Review report
Rise of the Robot: The present and future of automated construction equipment