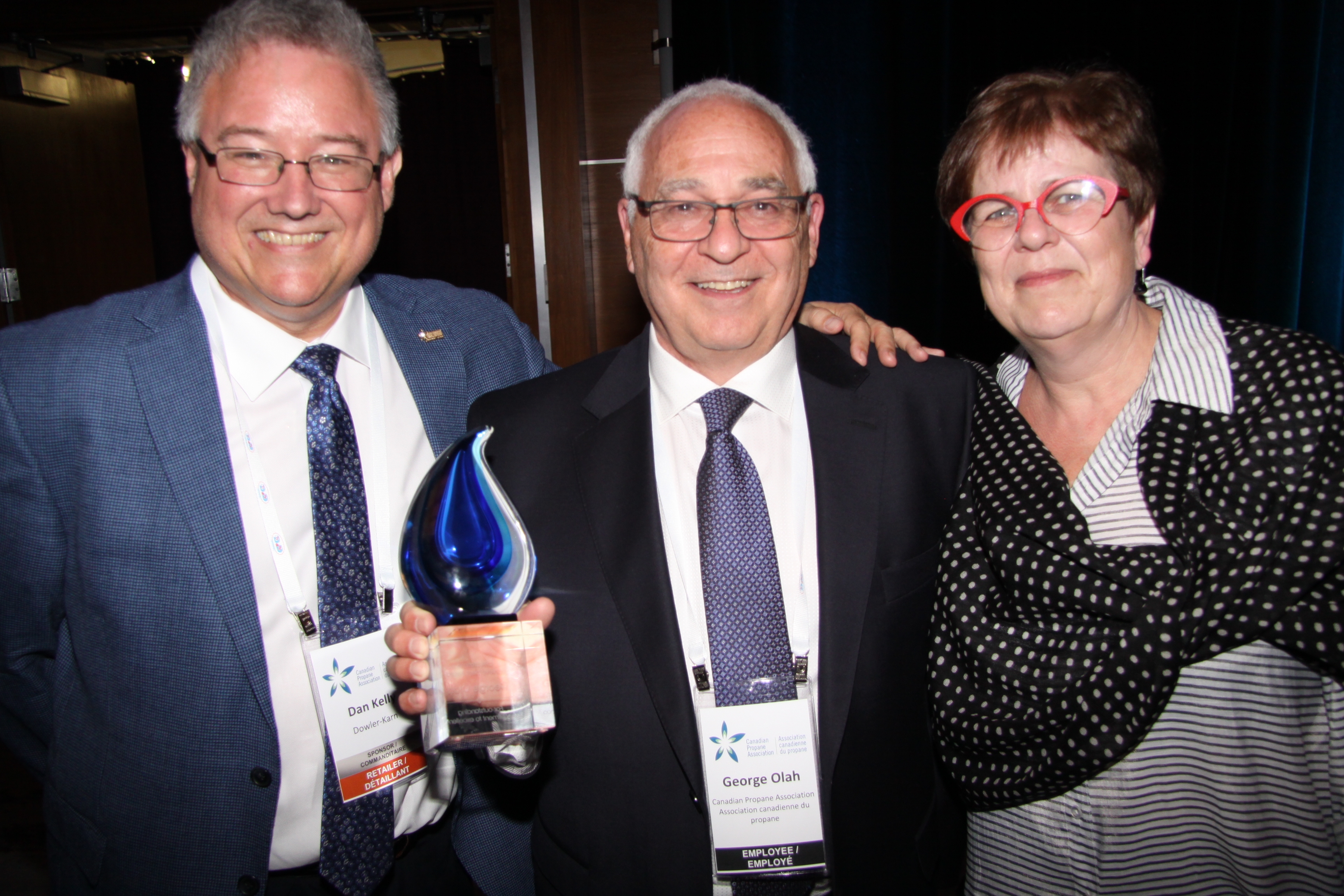 Shortly, after receiving his Masters in Public Administration from Queen’s University in Kingston, Ontario Olah joined Ontario’s largest intercity bus company Gray Coach Lines a subsidiary of the Toronto Transit Commission. There he became the TTC’s first corporate planner. After 8 years in transit he was hired by the Ontario Minister of Energy. Here Olah helped to establish and lead the Transportation Energy Management Program (TEMP) back in 1980. Within this program, he promoted the newly developed DrivePropane effort as the Senior Energy Advisor to several Ministers of Energy including a Deputy Premier of Ontario and one Minister of Energy who eventually became Ontario’s Premier, Mike Harris. Drive Propane in a very short time became the most successful alternative fuels program in North America both shared and copied by other jurisdictions in Canada and the United States. In fact, states such as Texas and New York based much of their alternate fuels programs on TEMP and DrivePropane in particular.

George drafted the first formal guidelines of how to site propane facilities for municipalities to help both the propane industry participants and municipalities safely site auto propane facilities in Ontario. These guidelines were shared with municipalities nationally. He helped to draft the seminal Ontario Regulation 825-82 which formed the basis of all future propane regulations for the safe handling and use of propane in Canada. Later on, George moved to Canada’s leading propane provider, Superior Propane. During this period of Superior’s rapid expansion and acquisition mode as Director of Marketing and later Director of Corporate Affairs he became responsible for over 120 Branches including directing a national network of auto propane conversion shops. He also has an auto propane conversion license.

He was a one-time Board member of the Propane Gas Association of Canada and a founding member of the old Ontario Propane Association. He has served enthusiastically on numerous propane association related committees to help advance the betterment of the propane industry. George has presented on the topic of auto propane nationally and internationally to companies such as GM, Ford, MAN, Mercedes, Fiat, Iveco and Caterpillar.

George established GAOCS in 1990 and is a versatile fuels training and communications professional. Training about 75-100 students annually, he is an effective and accomplished trainer who presents to all levels of staff in the construction, equipment rental, and fuels industries. He also provides fuels safety training to creative and logistics personnel in Canada’s screen-based industry.

For the last several years, he has been contracted by the Canadian Propane Association to help edit, update and draft new propane training courses.