About 20 Canadian Rental Association Ontario members made the trek to out-of-the-way Bracebridge, Ont., to attend the October 17 meeting at Muskoka Party Rentals, home of current CRA Ontari president, Kim Rixon. Attendees got a tour of Rixon's fast-growing 10,000-square-foot party and event rental store followed by some adult beverages and a buffet dinner of pulled pork and chicken at the nearby Quality Inn. Attendees got to check out some of Muskoka's expert Halloween-themed decorations for inspiration. 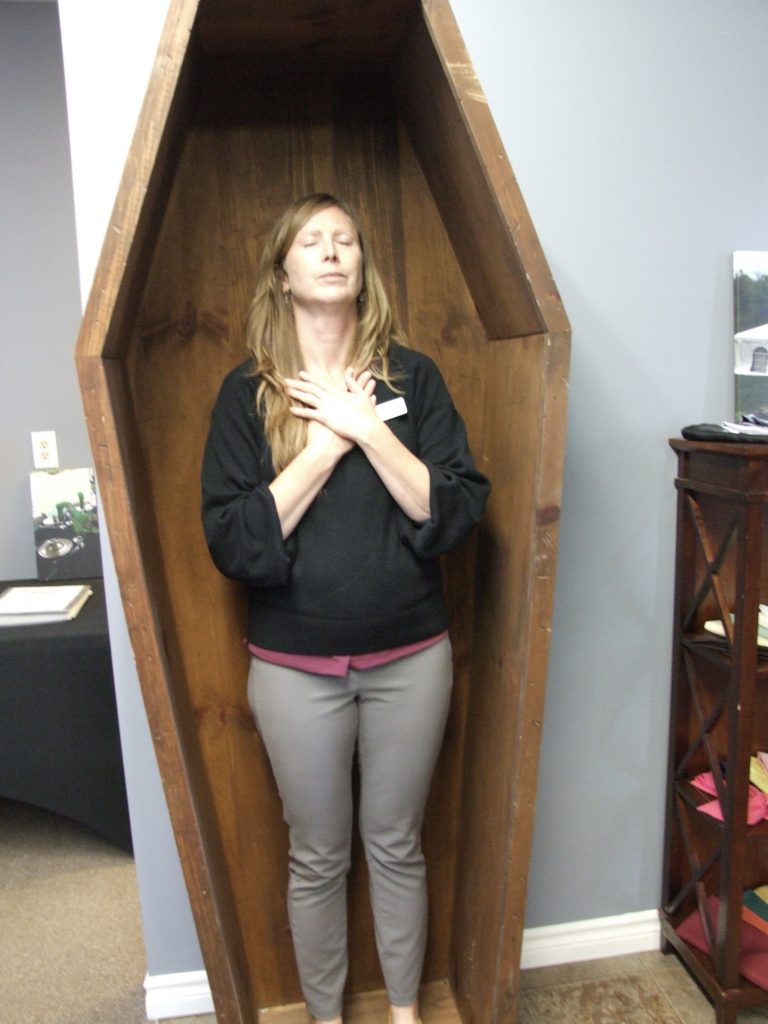 Kim was dying to welcome everyone to Muskoka Party Rentals

The meeting pulled in attendees from as far away as Sudbury and Mount Forest. The group was introduced to CRA Ontario’s newest director-at-large, Rachael Caron of Crown Verity. CRA Ontario’s top board positions are filled, but is still looking for two more directors.

Rixon spoke after dinner, telling members a bit about her store’s history. She described working at a local law office where she overheard that a party rental store in town was going bankrupt and decided to jump in with no rental experience at all. After quickly outgrowing the original building and moving to a 5,000-square-foot location she thought would be all the room they would ever need, Rixon was looking for even more space within five years. After moving to the present location last year, Rixon says she could already do with more room.

There was a lot of buzz about the next CRA Ontario event: a bus trip to Ottawa to see a Senators/Las Vegas Golden Knights NHL game. Michelle Nicol of Higgens Event rentals set the tone with cool save-the-date slips made to look like real hockey tickets. Anyone interested better register right away – the CRA’s suite at the game only has room for 60.