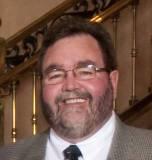 Jan. 11, 2012 - The Canadian Rental Association has announced its 2011 award recipients, with national supplier director Paul Everitt receiving the second-ever Distinguished Service Award. The winners will be presented with their awards at the CRA Annual General Meeting, Feb. 6, at the Canadian Hospitality event at the Rental Show in in New Orleans, and at the 2012 regional trade shows.

The Distinguished
Service Award has been presented only once before. In awarding it to Everitt, the CRA noted that he has at all
times promoted the association, and brought the board of directors valuable ideas
to highlight rentals in the public and media. Everitt was instrumental in organizing the CRA's partnership with HGTV star Bryan Baeumler, for instance. The previous Distinguished Service Award was presented to a company, Uniquip Canada, in 2006.

The other winners are:

Supplier of the Year Award
(chosen by rental store members)

The Regional Awards are chosen by the CRA national directors for each region.