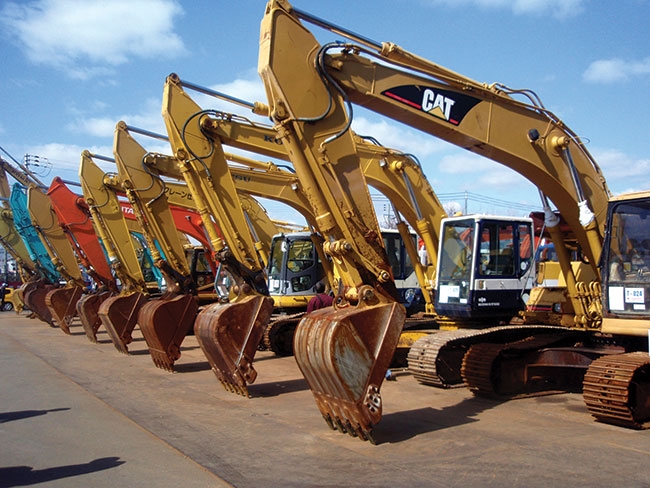 Equipment dealers are split on whether Tier 4 equipment will retain its value better or worse than older designs. A lot depends on whether the market settles on a favourite design or continues to build engines with several different approaches. Tier 4 Final diesel standards a mixed blessing for the Canadian used equipment market

These mandates have sparked ongoing dialog among equipment owners, manufacturers, and dealers. Everyone knew these new regulations would affect their businesses, but up until recently no one knew exactly how.

With Tiers 1 through 3, engine manufacturers were able to meet the EPA’s standards through advanced engine designs and, in most cases, without the use of exhaust gas aftertreatment. However, Tier 4 changed off-road diesel engines forever. The engine found in Tier 4 machinery is no longer the mechanical engine everyone is used to working on. They are now electronically controlled and make use of an engine control module (ECM) to regulate an aftertreatment system that is responsible for controlling soot and nitrous oxide gas released into the environment.

These changes mean new machinery will produce almost 90 per cent less pollution than previous models. However, all the new technology found on Tier 4 equipment is creating concerns for equipment owners, especially those with large fleets like rental companies. In addition, the average price of new Tier 4 models have increased by as much as 20 per cent over previous
Tier 3 units.

Effect on the used equipment market
For Canada’s rental industry, Tier 4 standards could have both a positive and negative impact on business. Rental companies are paying more to add new equipment to their fleet, but used inventory is retaining its value better than it has in the past.

According to a recent worldwide member survey conducted by the Independent Equipment Dealers Association (IEDA), its members see a significant increase in demand for pre-emission (Tier 3 and older units) machinery and they predict the trend to continue for the next several years. Some of the equipment categories seeing the highest demands include excavators, backhoe loaders, wheel loaders, dump trucks, dozers and compact equipment. For many of these categories, used equipment prices have increased as much as 20 per cent in the last couple years, primarily because low-hour units are getting harder to find.

Kevin Fox, IEDA’s president and owner of DeWitt Equipment in Barrie, Ont., says the Canadian used equipment market is following the same trends seen in the United States and other parts of the world. “From rental stores to contractors, everyone is hanging on to their older machinery longer than they have traditionally done in the past, and that’s causing a shortage in the used equipment market,” Fox explains. “With the higher prices on new equipment, we’re seeing more contractors buying pre-owned machines, creating a higher demand. It all adds up to higher values on used equipment.”

Greater demand for used equipment is good news for sellers, but it is unwelcome news for buyers. While the IEDA predicts pricing on pre-emission equipment to stay strong for years to come, there will be a point in the future when the value of these older units will drop quickly. “These inflated prices will not last forever, and no one wants to be the one who overpaid when values start to go down,” adds Fox.

Cause of the delay
In the United States, all equipment manufacturers were required to make the switch to Tier 4 at the end of 2015. Canada operated on a slightly delayed timeline. However, most manufacturers have already ushered in Tier 4 models to the Canadian new equipment market.

While the increased upfront investment and an unfavourable currency exchange rate has a lot to do with the delay in fleet owners embracing Tier 4, many are putting off purchasing new equipment out of maintenance and service concerns for these new machines.

“Speaking with equipment fleet owners, there is a lot of concern about diagnosing and repairing these engines,” says Cori Petersen, a director at the IEDA and owner of Headwater Equipment Sales and Rental in Coalhurst, Alta. “Right now, there is a lack of qualified mechanics to work on Tier 4 machines, so work that used to be performed by service techs at a rental store now involves having to call a new equipment dealer or a manufacturer. That of course means service and repairs are costing them more, which increases the total cost of owning that machine. Also, since there is a lack of people to work on Tier 4 equipment, fleet owners are experiencing longer than normal downtimes because they have to wait for service.”

Another reason for the delay in embracing Tier 4 equipment is simply because many small to mid-size construction companies are slow to adopt any new technology. It’s a trend that has held true for many, many years.

Shifting market
With all the reasons behind the market’s delay to switch to Tier 4 machinery, eventually these new electronically controlled diesel engines will gain acceptance. “We already see a shortage of quality pre-emission equipment in some categories,” says Fox. “At some point, there will not be any good machines left and everyone who is holding out on buying Tier 4 machines will have to accept the new technology. By then, I think we’ll also have a lot more trained mechanics who are able to work on them.”

While not widely seen yet in Canada, there are some projects in the United States now requiring contractors to use Tier 4 compliant equipment or pay a fine. Currently, these projects are typically government related and will certainly have an impact on companies working in the public sector and the rental companies that are supplying equipment
to them.

Sell high – buy high
Petersen says that just like contractors, rental companies have made the decision to hang on to their existing (pre-emissions) machines longer than they normally do. “At this point, many rental stores have concluded that the added costs for Tier 4 models, and the added maintenance and service costs associated with Tier 4 engines just aren’t worth it,” he adds.

For rental stores hanging on to their equipment longer, they must decide when they’ve reached the tipping point, meaning at what point does the higher value of their current equipment outweigh potential maintenance costs they will likely incur as their fleet ages and racks up hours. If they wait too long, they risk seeing the values of these older units drop because they wind up with more hours than what used equipment buyers are willing to pay for, or the market could shift on them in favour of Tier 4 models.

Of course, whenever they sell, rental companies will pay more for similar replacement machines. It’s a reality that every new equipment buyer is going to have to face at one point or another. “The cost of doing business for rental stores is going to get more expensive,” says Petersen.

Equipment dealers are split on whether Tier 4 equipment will retain its value better or worse than older designs. A lot depends on whether the market settles on a favourite design or continues to build engines with several different approaches.

“It’s difficult to predict what’s going to happen,” says Fox. “A lot of engine manufacturers are using different ways to treat pollutants, so the aftertreatment systems vary by make and model of machine. It’s hard to imagine that all of these approaches will survive over time. At some point, one approach or another will be the way everyone does it. And machines that use technology that the industry didn’t embrace will likely not hold their value very well.”

IEDA members are also concerned about how Tier 4 machines will hold their value over a lifetime, which involves being bought and sold multiple times. After accumulating more hours than what markets in Canada, the United States or Europe will bear, these machines are then exported to developing countries where they will live out their usefulness. However, this cycle may not hold true for Tier 4 machines since they require low sulfur diesel, currently not something widely available in developing parts of the world. The lack of a clean fuel source will damage the engine and aftertreatment system on Tier 4 machines. So, sellers will have to add some type of conversion kit when selling to these countries. The extra expense to convert these machines will certainly have an impact on how well they sell throughout their complete lifecycle.

For companies looking to sell their used machines to the buyers in the used equipment market, pricing in the future is a bit unknown. The IEDA and its worldwide membership network is committed to monitoring what’s is happening with equipment pricing so they can ensure the companies that do business with their members will continue to receive fair market value for used machinery when buying or selling.

About the Independent Equipment Dealers Association (IEDA)
Established in 2002, the Independent Equipment Dealers Association is a self-regulating body of independent dealers who pride themselves on being reputable, highly qualified professionals in the used equipment market worldwide. Standard Members buy and sell equipment on a wholesale and retail level via the IEDA. Associate Members offer products and services to the core group. All members must apply for membership and be approved by the board of directors.

Kristen Williams is the executive director for the IEDA. With a curiosity for learning and a passion for building relationships, she has led the IEDA to new heights and has seen a tenfold growth in membership since being hired in 2009. With a professional background in trade publishing and conference planning, Kristen has extensive knowledge and experience in the used equipment market.
Print this page