Features
Mechanical problems – where will we find the heavy equipment mechanics we need?

Rental shops looking to hire heavy equipment mechanics may need to adjust their approach as well as their salaries. 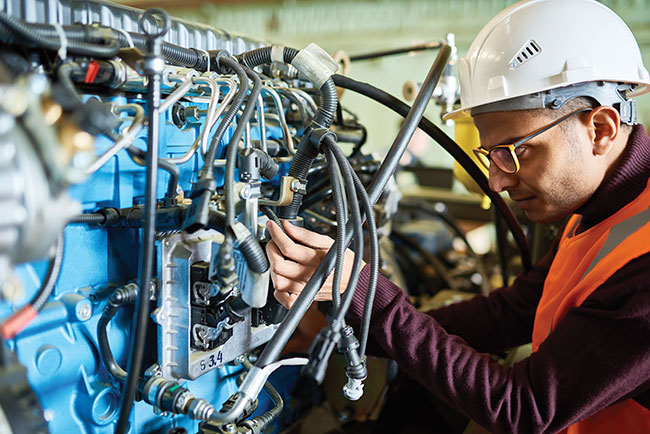 Heavy equipment and small engine mechanics are in high demand across Canada, with more severe shortages coming as older mechanics retire. It may be time for rental stores to invest in training less experienced workers. Photo credit: © Seventyfour / Adobe Stock.

As we exit the pandemic, there’s a new level of concern about the supply of skilled labour. And few professions are as demanding of knowledge and expertise as the heavy equipment mechanic trade.

A rental outlet where labour isn’t a constant concern is becoming a rarity. Nowadays, it’s tough to recruit for most positions, but filling the role of heavy equipment mechanic or small equipment mechanic may be the toughest of all.

“We always need mechanics,” says Matt Abell, director of recruiting at Talon Recruiting in Ottawa, which specializes in servicing all heavy industry sectors across Canada and the United States. “It’s so bad in certain geographic markets that we don’t take on new business. All the major rental chains in Toronto, for example, are hiring heavy equipment mechanics on a constant basis.”

According to a recent RBC report, Canada will face a shortage of at least 10,000 people in the Red Seal trades in the next five years. This number grows by a whopping 10 times when you include the provincially regulated trades. The shortage of industrial mechanics, among other trades such as welders, will be most severe.

In terms of recruitment, Abell has some tips to share. He notes that despite desperately needing mechanics, some rental company owners or managers are not keen to hire mechanics who may lack experience. Abell urges them to re-think this sentiment and work with new hires on any further training that might be needed.

As well, Abell explains current salary rates may be a sticking point, as they could lead to discord within the company’s team of mechanics.

“Your mechanic or mechanics that you may have had for years are making X dollars an hour, and the new mechanic will start at the same rate,” he says. “That can upset older employees, but the fact is that you’re going to have to pay more for new hires because everyone is paying more. You may have to bump everyone up. Mechanics in the past haven’t tended to be a group that’s constantly looking for a better salary, as is the case in other sectors. That’s not true today.”

Training across Canada
Recruitment aside, training mechanics is also an important piece of the puzzle. To understand how training programs across the country are keeping up, here’s the view from several provinces.

Heavy equipment programs have been in high demand for more than a decade at NAIT (the Northern Alberta Institute of Technology) in Edmonton, Alta.

“We are at our capacity limit and expansion is critical,” says James Hallett, chair of NAIT’s heavy equipment programs, and Scott Sinclair, department head of transportation programs. “The Heavy Equipment Technician (HET) program just underwent a massive upgrade to their training spaces, and we are continuing to make advancements with training aids and tooling. All HET labs and shops underwent a major renovation during summer 2021, including facility upgrades to support power requirements of the latest, most advanced training aids, paint, flooring, air handling, tooling and some large equipment. We also hired additional instructors in summer 2021.”

Throughout Canada, mechanic training is apprenticeship-based. Hallet and Sinclair explain “one of the largest challenges with the apprenticeship system is not having the resources in place to allow for timely curriculum updates. Trades are only reviewed every five to seven years for content accuracy and in fast-changing trades such as HET, this often leaves the curriculum outdated.”

At the BC Institute of Technology (BCIT), the heavy equipment mechanic program has been at capacity for more than 15 years.

“This is an in-demand trade,” says Bruce Thompson, interim associate dean of motive power. “There’s always a shortage of heavy equipment mechanics now and there will be in the future.” British Columbia’s Industry Training Authority is looking to add 176 additional seats to the program starting in 2024 and continuing for four years, and BCIT is hoping to offer half or more of those seats.

In Ontario, the Ministry of Labour, Training and Skills Development reports that seats in the heavy equipment mechanics program have not been filled in the last five years. In 2016/17 and 2017/18, there were about 166 seats available with about 20 empty each of those years. For 2020/21, the trend continued with 179 of 270 filled.

The trend in the program fulfillment for small engine technician in Ontario was similar. From 2016/17 to 2020/21, seats grew from 43 to 64 with enrollment trending towards capacity. Employment for this type of mechanics is expected to grow by about 13.5 per cent every year to 2025. 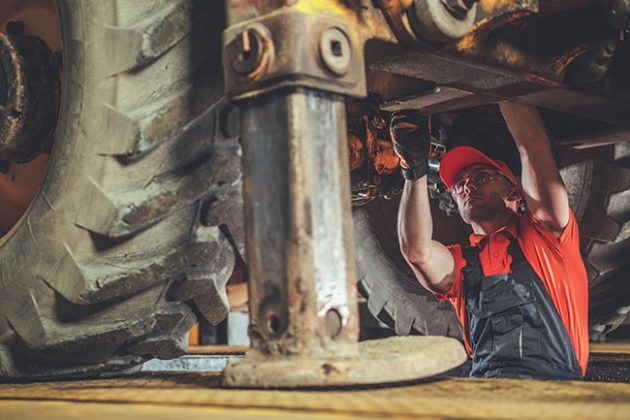 The message needs to get to young people that the heavy mechanic trade pays well and is interesting. Photo credit: © Tomasz Zajda / Adobe Stock.

Highlighting trades
To increase interest in mechanics and other trades, the Ontario government recently updated how trades are delivered and promoted in the province. The government states that for more than a decade, the provincial skilled trades and apprenticeship system has been complex, difficult to navigate and confusing as delivery was shared between the government and the former Ontario College of Trades. New legislation enabled the creation of Skilled Trades Ontario, a new Crown agency which, at maturity, will lead the promotion and marketing of trades in the province, develop the latest training and curriculum standards and provide a one-window experience for clients for such services as registration, credentials issuance and exam administration.

The focus will be on “breaking the stigma associated with skilled trades,” to attract more youth, simplify the system and encouraging employer
participation.

“By 2025, one in five jobs in Ontario will be in the trades,” says Minister of Labour, Training and Skills Development Monte McNaughton. “We want more apprentices, and we need to simplify the apprenticeship system. If we’re going to recruit people into the trades, reform is needed.”

McNaughton points to the former timeframe for apprentice registration under the Ontario College of Trades was 60 days. This timeframe is expected to be reduced to 12 days.

“We’re also moving to create a digital portal for tracking of hours and so on,” he says.

In addition, Canada needs to attract more underrepresented groups, such as women and new Canadians, to become mechanics or other types of
tradespeople.

“Canada is falling short of its goal to bring in 3,000 skilled tradespeople annually through immigration, admitting 2,365 such newcomers in 2022 through the Federal Skilled Trades Program,” states the RBC report.

“Educators, employers and policymakers will need to address chronic problems in the trades pipeline, tap into under-used pools of talent and address a widening digital skills gap amid rapid technological advances in the workplace.”

In Ontario, McNaughton says the government is providing “further incentives for employers to take on apprentices, such as an additional $17,000 to taken on an apprentice from an under-represented group.”

RBC also recommends the federal and provincial governments increase funding to promote the trades in primary and secondary schools and incorporate exposure to trades into school curricula. 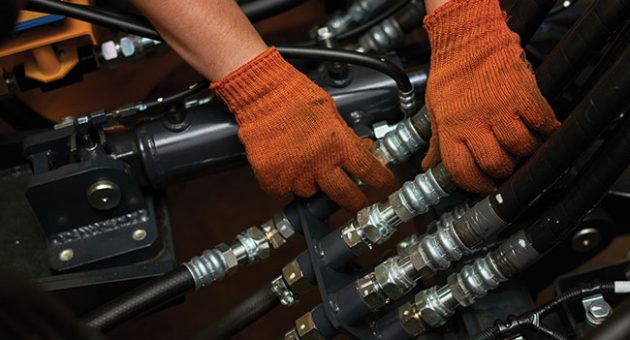 Governments are introducing programs across the country to attract and train the mechanics of the future. Photo credit: © Denys / Adobe Stock.

According to the federal Job Bank website, these are the employment requirements typically needed to become a heavy equipment mechanic: