News Shows
“Like a family reunion” at BC CRA show

"Someone once told me coming to these shows is like an annual family reunion," says Jim Clipperton of Nor-Val Rentals, national B.C. director for the Canadian Rental Association. This year's reunion in Langley, B.C., welcomed 32 rental stores and about 250 rental people to tour exhibits from 42 suppliers on Jan. 18 and 19. There was a new member in the family this year, with everyone talking about the acquisition of Star Rentals by Cooper Equipment Rentals. That deal closed the day the show started and Rob Potter, Star Rentals general manager and president of the BC local, was kept busy fielding questions throughout the day. 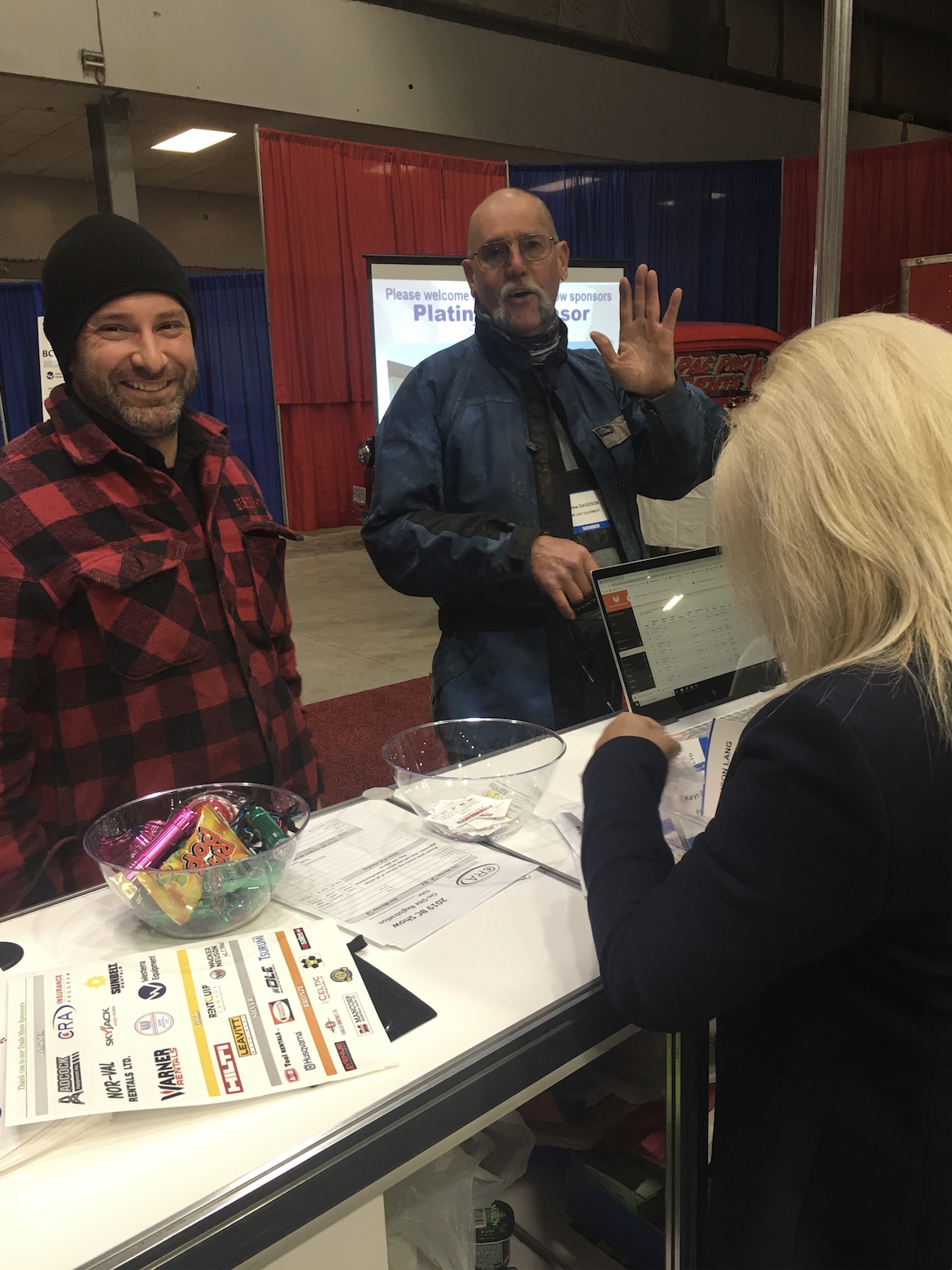 The show featured displays of the latest equipment from BC vendors throughout the Friday evening and all day Saturday punctuated by prize draws. A dinner on the show floor Friday, a reception Friday night and the BC banquet Saturday provided entertainment by a magician and a chance for networking. The family dynamic was happening on the show floor, with several attendees bringing their children to tour around and learn about the industry. Dan Barry of The Rental Network was the big winner of $1,000 in Show Bucks valid with any of the BC Show sponsors.

The BC local recognized top contributors to the industry and the association at its banquet. Aldo Chies of A&B Tool Rentals received the BC Appreciation Award for lifetime contributions to the association. Nor-Val took home Rental Store of the Year and Brandt Tractor was given Supplier of the Year. The BC board has filled up lately with Todd Molland and Rob Kershaw of PG Rentals and Mark Sauve of Active Rent-All joining as new directors.

In an attempt to get more of the extended family involved, the CRA has announced the BC show and Prairie show will alternate years starting next year. There will be no BC show next year, with BC rental stores encouraged to attend the Prairie show in Edmonton. In 2020, the BC show will return, and there will be no Prairie show. “The thinking is that if the show goes away for a year and comes back there will be more interest,” Clipperton explained. He says it remains to be seen whether BC store owners will take the trip to Edmonton and vice versa when the show returns to Langley.

Cooper buys into BC