Associations People on the move
IPAF adds new board members 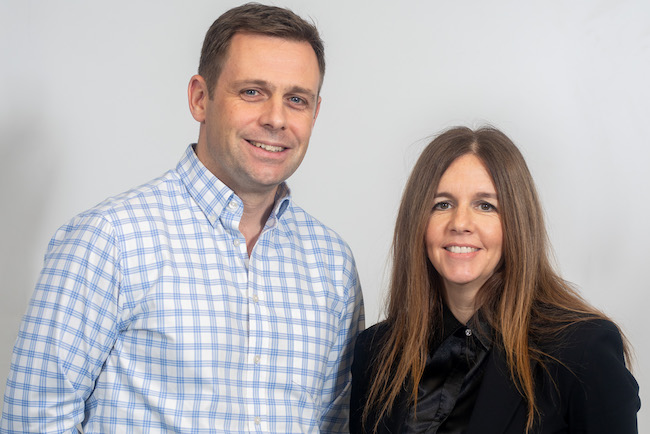 Two new members have been seconded to the board of the International Powered Access Federation (IPAF), Ben Hirst and Julie Houston Smyth both being invited to step up, joining Riwal CEO Pedro Torres, who was seconded this summer.

Julie Houston Smyth, a Director of LOLEX Ltd, and Ben Hirst, Managing Director of Horizon Platforms, bolster the IPAF board following a number of changes across the past 18 months. The additions mean the number of people around the Federation’s boardroom table now stands at ten.

Norty Turner, IPAF’s President, says of the new appointments: “With almost 1,500 members around the world now, IPAF is truly an international organisation. We warmly welcome Ben, Julie and Pedro to the board, as each brings valuable knowledge and experience that will greatly benefit the Federation as we plot our course for the next several years and beyond.

“All of them are powered access specialists, with their own unique expertise of the sector garnered over many years working in the industry. Each has been involved with IPAF, dedicating their time and expertise to the cause for many years now, and we will benefit even further from their acumen as they will be part of setting the direction and strategy of IPAF as board members.”

Ben Hirst is the founder and Managing Director of Horizon Platforms, based in Wakefield, West Yorkshire, and has been actively involved with the UK Country Council (UKCC), of which he is currently vice chair, and various working groups for a number of years.

In that time, he helped IPAF develop its robust standards of safety and technical guidance and assisted in the implementation of the UKCC’s decision to mandate IPAF Rental+ minimum standards for all UK hirer members between 2017 and September this year.

He says: “I’ve been involved with IPAF for more than a decade now; it’s an incredibly worthwhile organisation helping make our industry safer and ensuring people go home safely at the end of the day after operating MEWPs or MCWPs to work at height. When the chance came to step up and become a member of the IPAF Board, it was a real honour.

“I look forward to working with my energetic and enthusiastic colleagues to further the Federation’s aims and ambitions, especially in providing insight into the challenges faced by SME providers of access services.”

As well as involvement in IPAF UK Country Council & the International Council, for the past nine years, as Chair of the IPAF Irish Council, Julie steered it from its original formation of a few members to a fully elected and constituted 12-person body representing all members in Northern Ireland and the Republic of Ireland.

She comments: “It is a real honour to have been offered this opportunity. I’m excited to be joining the Board of the Federation and look forward to making a difference in the future of the wider powered access industry. I hope that every IPAF member – particularly the smaller companies – will feel they are represented on this board.”

Pedro Torres, who took over from Norty Turner at Riwal after the latter returned to the US to take up his current position at United Rentals, was seconded to the IPAF Board this summer at a meeting in Toronto, Canada, and will be confirmed along with the other appointees at the next IPAF AGM.

He says: “Stepping up to the board of IPAF was a privilege; our newly reconstituted board is as representative of the wider powered access industry worldwide as we could possibly hope – with an immense amount of knowledge, expertise and passion for safety in powered access.”