April 14, 2016 - A solid turnout of close to 70 rental people made for a lively evening at the Ontario Canadian Rental Association's April meeting in Collingwood and Stayner, Ont. Members toured Happenings Party Rentals in Collingwood, Ont., followed by tours, dinner and a presentation at Stayner Rental. 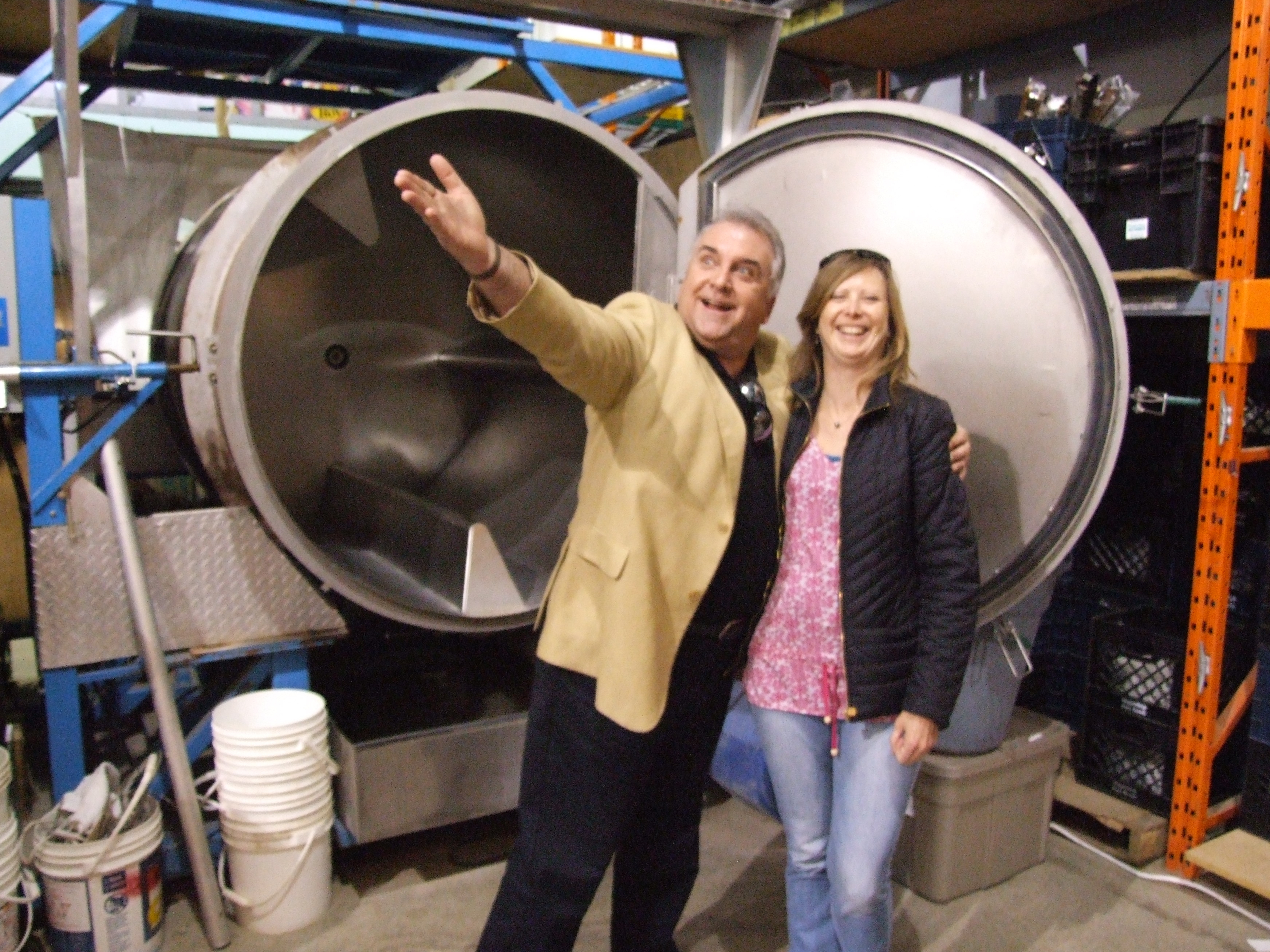 The main event was held at Stayner Rental, home of Paul Van Staveren, CRA Ontario vice-president. Stayner is a very large and impressive equipment rental operation owned and run by the Van Staveren family with the help of about 50 employees. The store sits on seven acres of land with five massive buildings featuring a distinct, barn-like design that the company built itself. Large compaction equipment, excavators, telehandlers, lifts, generators, loaders and a selection of agricultural machinery are prominent. Van Staveren also runs a groundwater pumping business from the location. Each building is spacious and neatly laid out with lots of storage in second-storey mezzanines. Air and power are conveniently located everywhere and clearly labelled. The dinner crowd was easily accommodated in the large maintenance shop behind the showroom, where members enjoyed a buffet of chicken, salmon, salad and rice with an amazing bread pudding for dessert.

Van Staveren is very interested in green power generation, so he invited an old friend, Ken Rounds, to address the meeting. Rounds is a local farmer who is also managing director of the Simcoe County Community Energy Co-operative, an organization dedicated to helping local businesses install solar power to save money on electricity costs. Rounds gave a very informative and interesting presentation, going in-depth into the numbers justifying solar power for medium-sized businesses and explaining the incredible amount of red-tape from Hydro One that adds tens of thousands of dollars of cost to solar power projects. Based on a 25-year lifespan for the panels and conservative estimates of how much the price of power will go up, Rounds predicts businesses can realize about a 10 per cent return on investment in solar power.

At the end of the meeting, CRA Ontario president Colin Wilson announced that Kim Rixon of Muskoka Party Rentals had been acclaimed as second vice-president of the association.