Features Party and event Tech tips Trends and technology
Fantastic plastic: Behind a familiar material we don’t know much about

Durable, versatile, and relatively cheap to make, plastic is both a wonder material and bane of the planet. According to a recent study out of the University of California Santa Barbara, almost half of all plastic ever manufactured has been made since 2000. 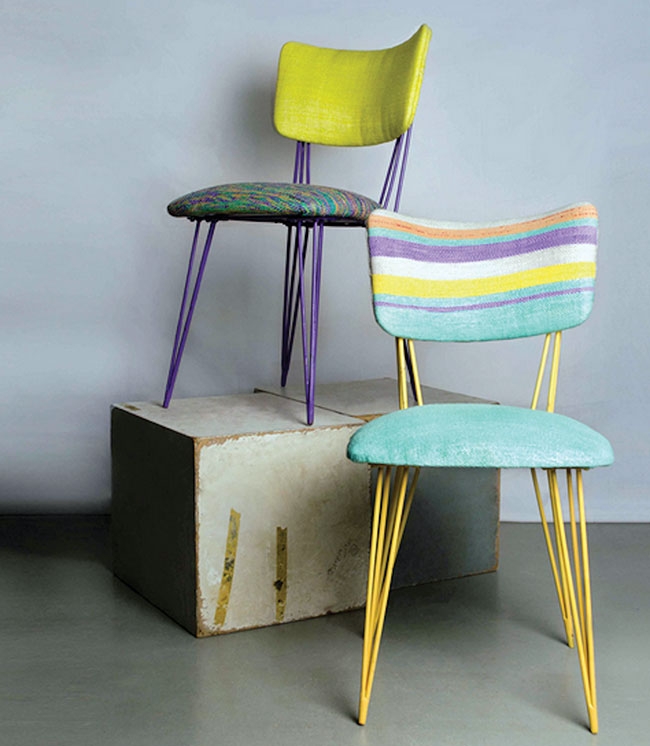 Your store can cultivate a green image by offering furniture made from recycled plastic. Some of it comes in trendy designs. This is Grammy’s Collection from Reform Studio. Durable

Some of that has gone into much of what party and event people rent out, of course. And that means a lot of retailers with a lot of different options for plastic chairs, tables, traffic cones, etc.

So what type of plastic products should you buy? And how do you make sure those products don’t quickly end up in the landfill? Well, there are several things to consider, says materials scientist Frank Flavin. The type of ultraviolet and heat protection in the plastic is one. The kind of quality testing done on the product is another. But really, it all starts with understanding how plastic gets made.

Inside the plastic factor
If you could look into the molecular structure of the polymer that makes up a plastic table or chair, you’d see chains of molecules with hundreds to thousands of links in each chain. The longer the chain, the stronger and tougher the material. “The best analogy would be if you went to a box of computer cables, pulled on one and half the box came out,” says Flavin, who’s also an engineer with global thermoplastic manufacturer, RTP Company. “That’s chain entanglement, and that’s where plastics get their physical properties from.”

The characteristics of plastics with those long chains depends on the cooking method. With roto-moulding, technicians fill a mould with powder then heat it and rotate it to spread the powder around. The final product holds up really well and is tougher than plastics made with other methods. The downside is that it gets dirty easily. It also won’t typically have as nice a finish as injection-moulded plastics, which are typically lightweight and durable materials made with almost no material waste.

As for the type of material used in those moulds — the polymer — the polyolefins are dominant for a few reasons, including the fact that they’re lightweight and can be made with inexpensive natural gas. They also resist damage from water, air, grease and cleaning products. Plus they’re easy to shape and robust enough not to warp in the sun.

With event plastics like tables and chairs, two polyolefins are typically used: high-density polyethylene (HDPE) or polypropylene (PPE). At the molecular level, HDPE “looks like a comb with regularly spaced, short teeth,” as University of Pittsburgh professor Eric Beckman recently put it. PPE is more slippery at that level.

“HDPE does really, really good at low temperatures,” says Flavin, “whereas PPE could become a more brittle material at around zero Celsius. Yet, outdoor furniture tends to use more PPE because there is chemistry they can do to improve that temperature down to -20 C. Plus, PPE maintains its structural performance better at higher temperatures than HDPE.”

Another advantage of PPE is that it can be easily combined into a composite plastic. More on composites in a minute, but this is a good thing because it allows for more robust engineering applications than with PPE alone.

Your store can cultivate a green image by offering furniture made from recycled plastic. Some of it comes in trendy designs. This is Grammy’s Collection from Reform Studio.

What to ask your supplier
No matter what type of plastic is used, however, every one will do poorly in sunlight eventually. The sun’s UV rays are just too strong. The good news is that manufacturers can slow that warping with UV additives. And those additives are one of the first things you should ask a supplier about if your plastics will be in the sun, says Flavin.

“Those UV additives are essentially soldiers that take one for the team. They go out and say, ‘Here’s a high-energy ray coming at me. I’m going to go and sacrifice myself for the good of the team.’ And so it increases the lifetime of the product. The downside is that once those soldiers are gone, you’re down to the base polymer starting to lose its physical properties.”

Manufacturers can include other additives with the mix, too, such as heat stabilizers that protect against the effects of oxygen. “These are all kind of like the additives in gasoline,” says Flavin. “People put additives in gas, and they can change the formulation of it depending on the conditions.”

For plastics, the quality of those additive packages can vary greatly from supplier to supplier, but like anything you get what you pay for, says Flavin. The big thing to ask is how long it will take for those additive soldiers to disappear.

If you’re worried about the cold warping your plastic and you’re looking at PPE, go for PPC as opposed to PPH. PPC is a co-polymer that’s partly designed to stand up to freezing temperatures. If you’re looking at HDPE products, don’t worry about it. They’re tough enough to handle the cold.

Unfortunately, there aren’t too many quality waxes or other products out there for protecting plastic after you you’ve bought it, says Flavin. There are some silicone-based products like Armor All, but it’s easy to go overboard with them. The result could be a sticky, glossy mess.

There are lots of other questions you can ask your supplier, though, says Flavin, such as: Is the plastic rated for outdoor weathering? What kinds of quality tests were done on it? What’s its load rating? Will it require more than one person to move? Is there a warranty? “Like everything, there’s a bunch of factors to consider, economic ones, too.”

The future OF plastic
The furniture industry in particular has been embracing more recycled materials recently, using a variety of previously used polymers to make tables, chairs, stools and even pillows. European furniture company Pentatonic, for instance, uses the polyethylene found in plastic bottles for its upholstery and seating. Some of its products can even be recycled themselves. Closer to home, one of Stratford, Ont.’s, largest private employers is C.R. Plastic Products. They use recycled HDPE plastics to make outdoor chairs, tables, footstools and other accessories.

Some scientists and manufacturers are even experimenting with biodegradable products. You wouldn’t want a biodegradable chair that breaks down in a year, of course, but how about one that decomposes in a few decades rather than a few centuries? Some of the most common synthetic biodegradable polymers are polylactide (PLA), polyglycolide (PGA) and polycaprolactone (PCL). PLA has shown the most promise so far because it has good mechanical strength and low toxicity, though it has poor thermal properties.

Frank Flavin thinks that party and event people might also see more composite materials in the future. That is, products made of multiple polymers and fibres like fibreglass and carbon. “A lot are lightweight, and some can be used and abused. If table legs, for instance, were made of composites instead of metal, they wouldn’t rust, they’d make for a lighter table, and there would be better physical performance.” Any way you pour it, though, consumer choice will largely be dictated by price. “You’ve got a lot of people out there that feel if it’s made of plastic, it’s gotta be cheap,” Flavin says. “Still, as a buyer you have to remember that sometimes the cheapest price you can get is not necessarily the lowest cost to own the product.”