Event cancelled: Perseverance in perdition in the Canadian event sector.

Perserverance in perdition in the Canadian event sector. 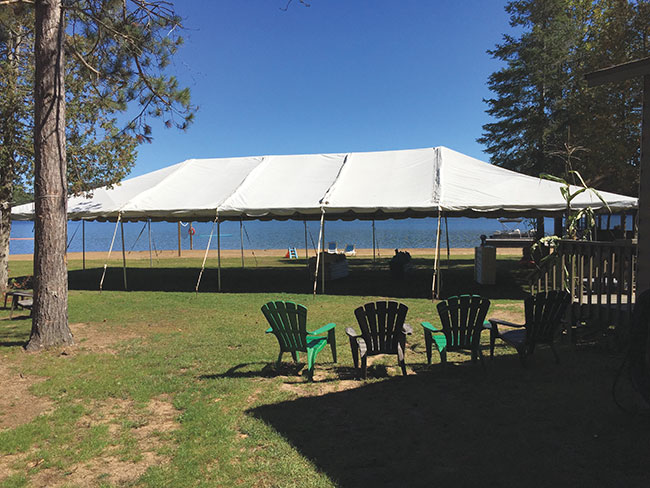 The event rental industry has faced extreme upheavals during the pandemic, making only a fraction of what they would have earned under normal circumstances. credit: Kim Rixon

In spring every year, as is the case with all Canadian event-focussed rental firms, things started to pick up in March 2020 for Ottawa Special Events. “We had a big show scheduled that month and some other events in April and May,” says co-owner Mike Wood.

But as the pandemic took hold, Wood (and other business owners) needed to know if the city was going to, as he says, “shut down.” He reached out to three local MPs and had a Zoom call with one of them, Catherine McKenna. “I said to her that the 10 percent wage subsidy being proposed will never work, that I’d had to lay off all my staff,” he remembers. He also told her that “only a rate similar to that in Europe of 75 percent would make a difference.”

Wood also met online with well-known Conservative MP Pierre Poilievre, the Ontario Minister of Small Business and others. Poilievre’s team asked Wood to appear virtually before the House of Commons Standing Committee on Finance in June, and he did so, along with leaders in other sectors. Wood later met with the Finance Committee chair, Wayne Easter, together with many other Ottawa-area small business owners. Wood also presented at the Ontario government’s Standing Committee of Finance and Economic Affairs. In addition, he’s been negotiating with Hydro Ottawa on his own behalf and for other businesses.

Reflecting on his efforts so far, Wood says, “I think I’ve helped get the first rental assistance program, Canadian Emergency Commercial Rent Assistance, in place. It was going to come to an end July 1, and I said to Wayne Easter that everyone is going to lose their businesses on Canada Day if nothing is changed. At the last minute, the government extended it another month. I also feel I’ve played a role in getting the wage subsidy expanded from 10 to 75 per cent. The Ontario Chamber of Commerce, the Canadian Federation of Independent Businesses – we’ve all been on the same page, we are all pushing for more help. The feds gave a loan, and the Ontario government has provided some grants, and I think the feds need to forgive the loans.”

Wood has also been working hard to convince the feds to make changes for business liability insurance. “Businesses are now being declined coverage or getting reduced coverage for the same payment,” he explains. “We need no-fault bankruptcy too. I’ve been pushing the feds hard on that. People took loans with their houses as collateral to start their businesses and it’s wrong that COVID would cause them to lose their houses along with their businesses. That can’t happen.”

On January 19, Wood discussed these issues and more in a meeting with five other business owners and Conservative party leadership, including Poilievre and Opposition Leader Erin O’Toole. Wood says, “It was excellent.”

He believes that while more loans are coming for businesses in the hardest-hit industries, it’s not going to be enough. He also thinks that companies in the pharmacy and construction sector that received wage subsidies should pay them back. He also worries that business taxes will be raised to try and recoup the money all levels of government have spent on COVID.

For his own part, Wood let go of all employees in March and 2020 revenue was four percent of 2019 (he got a little from renting some items to three companies that have been filming movies in Ottawa). He’s been a part-time instructor at Algonquin for 13 years and his teaching has continued virtually. He’s also been able to access the CERB and CRB benefits.

Still, for all the stress, Wood says that outside of a few negative comments online, he’s loved the experience of working for change for his business and other businesses during this crisis.

“I’ve made a difference and I hope to keep making a difference,” he says. “I used to be in a band so I was already used to speaking to crowds. I think my writing skills have improved. I’ve learned to be more patient. And I’ve learned that people do care whether they can do something or not about something. They are doing their best.” 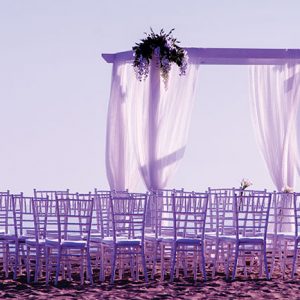 Post-pandemic, there is a chance of an overloaded schedule of events, which would be a good problem for the event rental industry. credit: © alexandra krull/EyeEm / Adobe Stock 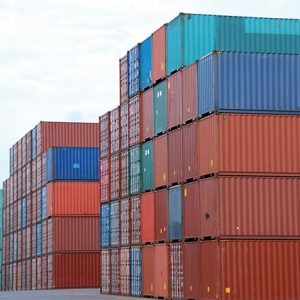 “Pivot” has been a common word during the pandemic. The team of Infinite Event Services in Edmonton, Alta., kept busy during the down times caused by COVID-19 by moving shipping containers privately for people. credit: © esemelwe / E+ / Getty Images

Several pivots
The pandemic found Infinite Event Services in Edmonton in the midst of moving in February 2020 to a new location. “We still had to move 22 shipping containers and that’s where the pivots started,” says owner Sheldon Fingler. “Shortly thereafter I was moving shipping containers privately for people across the region. Our team wasn’t trained in doing that but we all pulled together and learned quickly in order to survive.”

Shortly after that, Infinite got a few tent bookings and again, Fingler was grateful for his amazing team. “We worked on large tents with the smallest crews we had ever had. My team knew my loyalty to them and they were loyal back and did everything they could to help keep us going,” he says. “The hours of day or length of work hours never mattered as we all did what we could to keep things moving forward.”

Indeed, the unavoidable need to lay off staff at the start of the pandemic was the hardest business decision Fingler had ever made. “I love my team and they are more than staff to me,” he says. “They are truly partners in my business in many ways.” Through the wage subsidy, Fingler is thankful he’s been able to keep his three longest-term employees employed. Fingler is also grateful for the critical and constant flow of information and updates from the Canadian Rental Association.

To make business income, Fingler tried selling sanitizer but due to the competition had limited success. At some point, he made the decision to build a virtual studio in his warehouse. It evolved into a full studio with 4k cameras, multiple televisions, over a dozen computers and more. Infinite began offering Zoom and streaming support to customers across Canada in an effort to take these meetings to the next level. “We still think that this will be a longer-term alternative for our customers that still need to have amazing events, just in a different way. We are even hosting holiday parties with comedians who can actually see their entire audience and interact the way they haven’t been able to yet. With 200 people on screens in front of them, they truly are experiencing the closest to reality.”

Using the time wisely
For Kim Rixon, founder and owner of Muskoka Party Rentals in Bracebridge Ont., COVID has caused her and her business to come full circle, but not in a good way. “I started in 2004 with three employees and I built it steadily and now employ a manager, additional full-time employees and about 20 seasonal employees,” she says. “Right now, it’s only me and my manager – I’ve been able to keep her on through the wage subsidy and I’ve accessed CERB myself – and to have to go back to where you started has been disheartening. At times, you start to question if you should throw in the towel, if you have the energy, but overall, we’ve plugged on.”

By May, Rixon had let her employees go and she and her manager were doing a recycling renovation in the warehouse and a huge re-organization. Some business came in during July, August and September, and while it was exciting and good to be back to normal, the state of the warehouse made it a scramble. “Everything was everywhere, so it was a bit crazy and my dad pitched in to help,” says Rixon. “Those events gave us about five percent of what we would have made in 2020.”

Rixon’s enterprise is located in a region in Ontario known as Cottage Country, where many people from the Toronto area have cottages and there is a booming summer social scene. About 85 per cent of her business is weddings, with the rest mostly being events at resorts or children’s camps, and private parties. This year, Muskoka Party Rentals does have some weddings booked, both some that were postponed from 2020 and some new ones, but Rixon is skeptical that normal socializing and celebrating will get back to normal before at least 2022.

Right now, Rixon and her manager continue to organize the warehouse and Rixon is also revamping her website so that customers can see everything she offers and can plan their events completely online. She’s kept in touch with her 20 seasonal employees and she thinks about five will come back in 2021, if there is work for them. “Overall, I think the pandemic has definitely taken a toll on everyone’s mental state,” Rixon says. “It’s been like a rollercoaster. But we just have to keep going and hope for the best.”

Many across the world believe that group socializing – family gatherings, celebrations of various types, concerts and so on – will reach an extreme level once COVID is put behind us. If that happens, it will create other stresses on Canadian event rental firms, but ones they will probably welcome.