June 14, 2016 - Diversco Supply celebrated its 30th anniversary with an open house at its Cambridge head office on June 6 & 7. 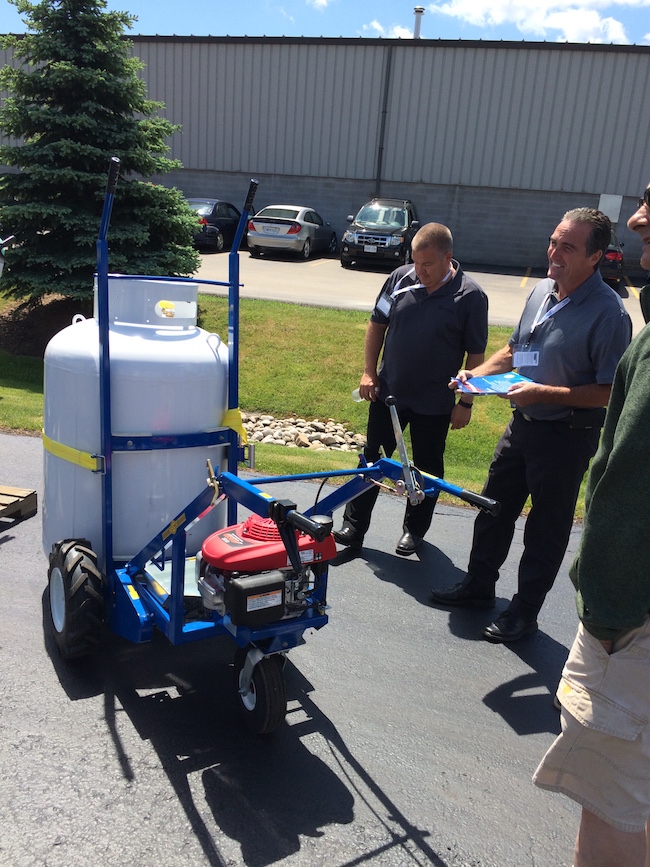 Around 300 customers and suppliers converged on the facility for two days of training, breakout sessions and demonstrations which showcased the company’s gas and gas equipment products. There were also 25 display booths representing key suppliers to the rental industry as well as the propane and natural gas marketers and installers.

James Yeo, marketing manager for Diversco, and Joel Alzate from Smart-Hose Technologies led a live demonstration on hose break-away technology explaining that it is much safer (and less expensive) to be proactive on technology which closes the valves before the hose breaks and releases gasses. Other sessions included: RegO Regulators, and Chek-Lok, both led by Ray Kazakewich, as well as a session on tank heaters led by Kirsten Bellar from Algas SDI.

On both days snacks, refreshments and BBQ’d burgers and chicken were available to all that attended.