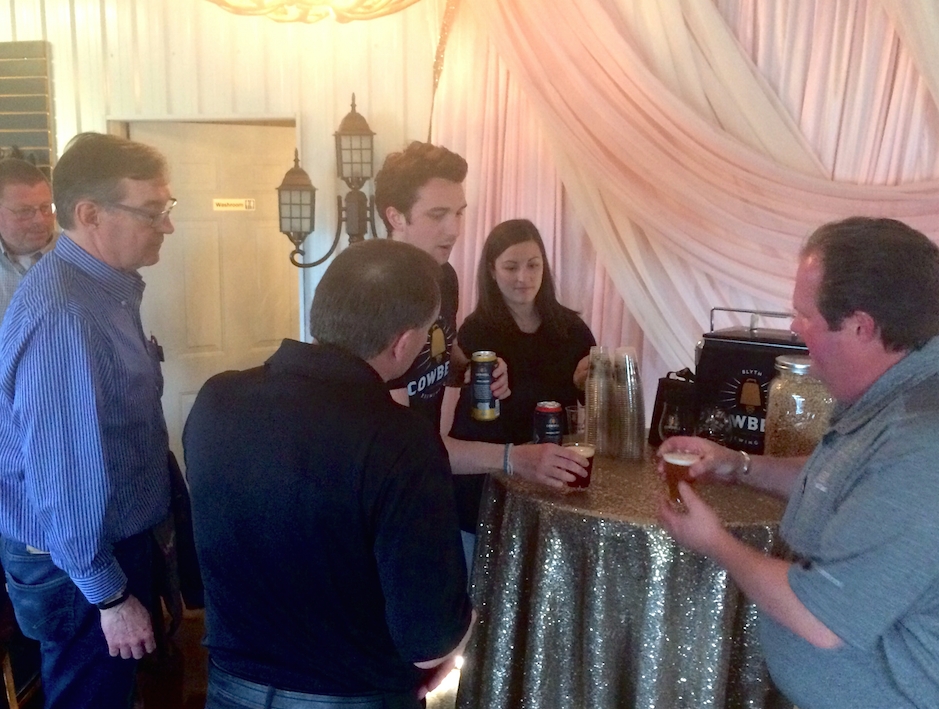 Nancy Snell, owner of NJS Design, welcomed the attendees to her relatively new facility and showed everyone around this well-decorated party rental house. Having the meeting in a new location attracted a number of 1st time attendees including Tom Burke and his wife from Burke’s Tent Rentals in Brussels.

Next all were invited to the fantastic buffet which was provided by Pineridge BBQ and included barbequed chicken and ribs, salads, buns and dessert.

After dinner Ontario president Paul Van Staveren, from Stayner Rental, opened the meeting portion by welcoming all in attendance. Next elections were scheduled for board positions that were opening. Dustin Hubert, rental manager from GAL Power Systems in Mississauga was acclaimed as the new 2nd vice with Kim Rixon, from Muskoka Party Rentals, moving to 1st vice, Lawrence Gingrich of Broadline Rentals becoming the new president and Van Staveren taking over as the new chairperson. There was an opening for an associate director but there were no nominations so that position remains unfilled. The other positions stayed as they were.

Next up Nancy Snell spoke on how her company has grown over her years in business. You can read her story by clicking on this link as she was profiled in the June 2016 issue of Canadian Rental Service magazine.

Our featured speakers for the evening were Simon Glassier (brewer) and Natasha Fritzley (director of business development) from the startup brewery – Cowbell Brewing Company from nearby Blyth. They introduced us to samples of two beers that they brought along for tasting: Absent Landlord, a country Kolsch and Doc Perdue’s Bobcat, a west coast red ale. Both beers had an interesting story attached to the names. While their new facility is not quite ready for the general public, they are planning to be a destination brewery with a number of events being planned for later in the summer. Look them up on their website or Facebook page for more information on the company, their story and future plans.

The meeting concluded with mention of the fall golf tournament which is scheduled for Tuesday, September 19th in Guelph, ON.