On March 16th, a smaller than usual but enthusiastic group of rental professionals descended on Lind Equipment in Markham to wrap up the 2017-18 member meetings. 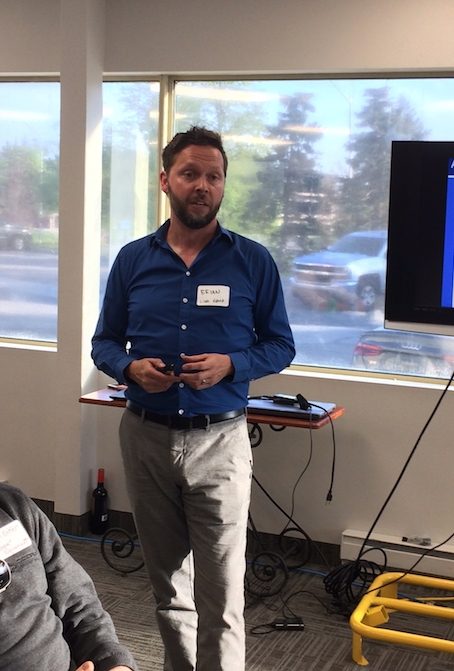 Shane Tanner from Lind greeted attendees and conducted a tour of the facilities, including the office space, assembly and warehouse portion as well as meeting area where a number of Lind’s portable LED lighting products were displayed including a new air tower and the LE 980 LED-T4 unit. He mentioned that Lind employes 22 people and that they send out around 45 individual shipments each day. The refreshment area was also set up here and attendees had an opportunity to mingle while looking at the range of products on display.

Kim Rixon, CRA Ontario president, welcomed all to the meeting and after individual introductions, an Italian themed buffet dinner was served.

As for the business portion of the meeting, Gord Ellis, associate director, mentioned that the Fall golf outing has been moved a couple of days later in the week to Thursday, September 20th. He encouraged all to sign up early as a sell-out is expected this year.

Brian Astl, president of Lind Equipment, then gave an overview of the company explaining that the business has grown from starting in a garage many years earlier through a couple of moves to the large facility in Markham where they are located today. The company produces more than just LED lights and also sells cord reels, portable power products and well as static grounding equipment. He was proud to mention that the company recently won the 2018 Clean 50 Award which recognizes outstanding contributions to clean capitalism. Brian then spoke about some of the LED products available to the rental industry.

The keynote speaker for the evening was Melissa Quinn, partner at Performance Coaching. She gave an interactive presentation on effective innovation.

The evening wrapped up with door prizes that were donated by Lind Equipment. Winners included:
Darren Robinson from ITE Industries
Colin Wilson from a World of Rentals
Kim Rixon from Muskoka Party Rentals
Dustin Hubert from Gal Power
John Gall from Gall Power
Mike Hasen from Klingspor
Lastly, Mike Laughlin from Lind Equipment (also our bartender for the evening) who received a bottle of wine.

The next CRA event will be the golf tournament in September.

To see photos of the event visit our Facebook page
For more information on CRA Ontario visit their website:www.craontario.org