Oct. 23, 2015 - The sun was shining on September 21st as Jeff Cambell of St. Thomas Rent-all welcomed fellow rental operators and suppliers to his new location on the west end of St Thomas on Highway 3. The company moved earlier in 2015 to this new, larger and more geographically convenient location. Campbell led the tour though his front counter, warehouse and repair facility and showed off the expansive outdoor storage area. 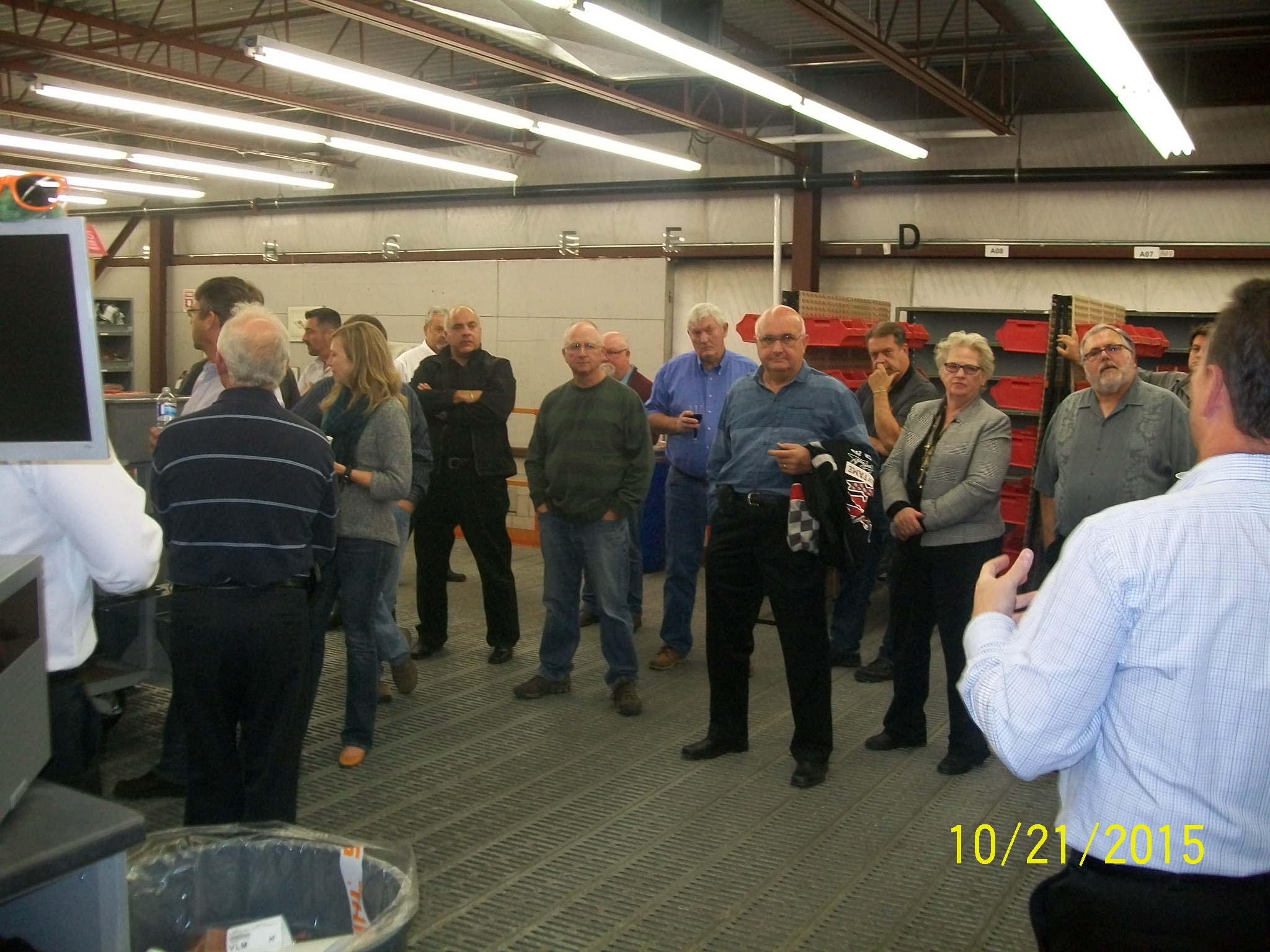 After a half hour social, Tom Sullivan, director of operations, took everyone for a tour of the massive facility. Members saw the office and warehouse where the company processes over 400 parts orders per day. Stihl has added a number of additions to its original footprint since the company started in London in the early ‘80s.

Greg Quigg then gave a recap of the company’s history and mentioned that 2016 would be their 90th year in business. Stihl, with Niko Stihl at the helm, does business in 160 countries, has 120 importers, 35 sales subsidiaries and over 40,000 servicing dealers worldwide.

Hugh Munn then gave a review of a number of Stihl products including cut-off saws, trimmers, chainsaws and a new pressure washer line which will be coming in the fall of 2016. He highlighted that one of their main emphasis is clean engine technology. Munn joked that they are “cleaner than VW.”

Next up Jeff Loosemore detailed Stihl’s marketing efforts including their TV ads on TSN (Man of Stihl) during NHL hockey telecasts and Sportsnet baseball playoff ads. The company also does direct mail flyers through Canada Post, national print ads in magazines as well as a personal thank you letter to every customer that purchases one of their products.

For the business part of the meeting, Colin Wilson, CRA Ontario president and Paul Van Staveren, first vice-president, covered off some topics including that the early bird registration cost for the 60th anniversary of The Rental Show in Atlanta is only $60 – but only for a limited time. All were encouraged to take advantage of this offer. The meeting wrapped up with a couple of bottles of vintage wine being awarded for door prizes.

The next member meeting will take place in November at McLean Sherwood Event Rentals in Brampton. Watch your e-mail for more information on this event.

More photos from the event are available on Facebook.