Jan. 26, 2016 - CRA Ontario held its January meeting last Wednesday evening at Stanmore Equipment, makers of the Load Lifter line of rough-terrain fork trucks and telehandlers. About 50 members toured the Stoufville, Ont., facility, taking in the impressive Load Lifter parts warehouse and manufacturing facility that operates in tandem with Stanmore's repair and rental operation. Many attendees expressed their satisfaction with seeing a Canadian machinery manufacturer enjoying such international success.The plant tour was followed by a buffet dinner then a very informative presentation by David Watt, chief economist for HSBC. 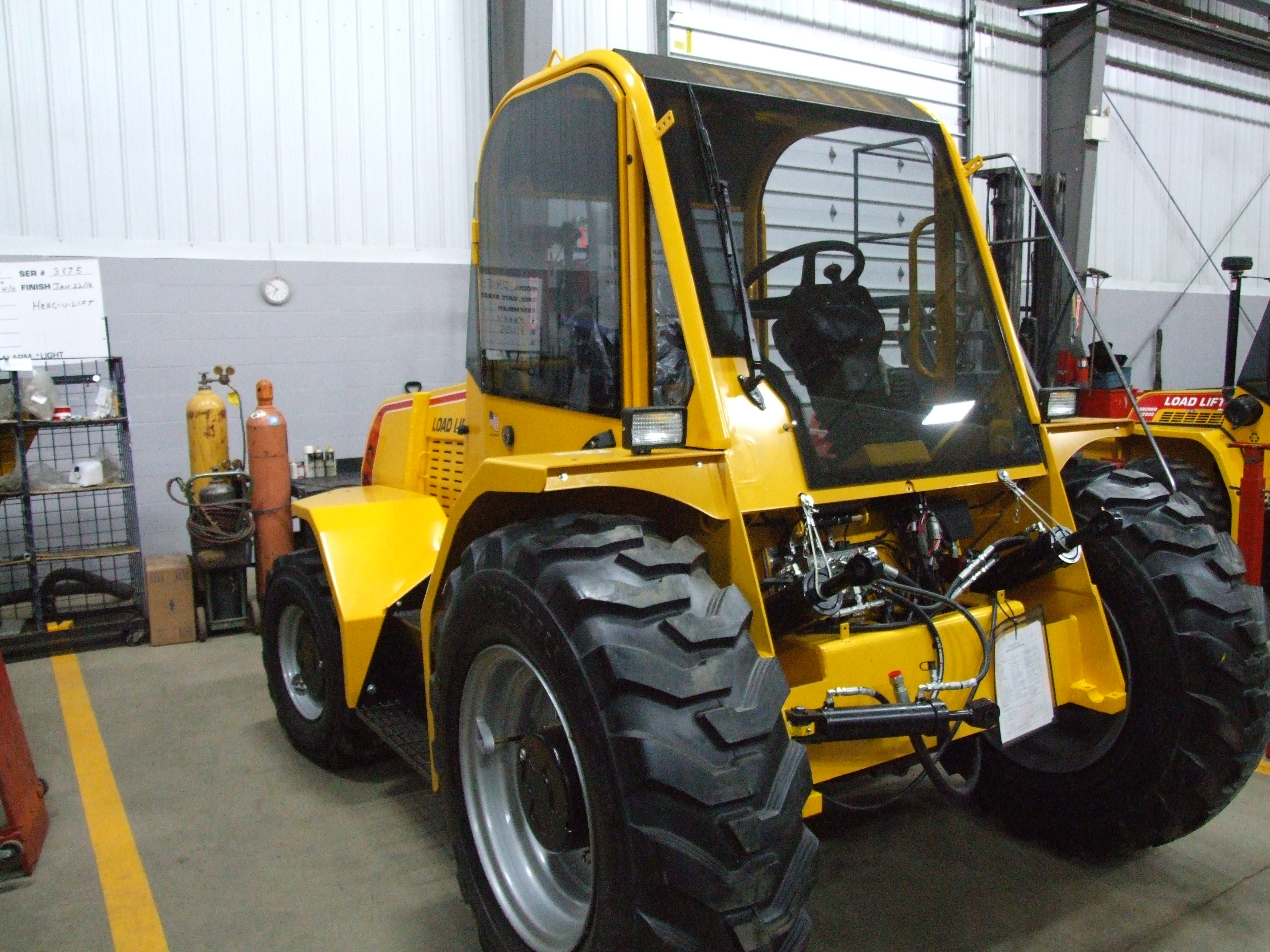 Members learned that Stanmore has about 125 employees. The business was started by Hedley Thomas and a partner in 1962. Thomas bought out the partner in 1976 and has run it as a family business ever since. Hedley’s three sons, Donald, Paul and David, now manage the operation, with Dad still coming in regularly to interfere. Stanmore started as a small engine repair and turf equipment dealer, but moved into manufacturing after Thomas’ acquisition when he saw the need for a four-wheel-drive loader in the ’70s. The company also offers scaffolding and lift rentals and has recently added the Magni line of cranes. The CRA visitors were impressed with the heavy build of the Load Lifter line, and the company’s willingness to customize orders for specific applications, for instance, a fork truck designed for chicken barns with a shorter mast.

Watt’s talk was extremely educational, if rather depressing. He forecasts a deepening recession for the Canadian economy this year. He was highly critical of the Bank of Canada’s decision to not cut interest rates in the last two periods, saying commercial investment is now so reliant on the energy sector (40 per cent of all investment) that manufacturing and exporting in Ontario and Quebec will likely be unable to make up for the negative effects from low oil prices and a weak dollar. Worse for the rental market, a constellation of negative indicators now makes a correction to housing prices, with an associated slowdown in new home construction, likely. Watt asked for impressions of the business environment from the audience and was encouraged to hear that most rental stores are still seeing positive activity.

Colin Wilson, president of the Ontario CRA, reminded members to sign up for the upcoming CRA Ontario banquet, taking place at the Canadian Rental Mart on March 8.