The Canadian Rental Association's Ontario local held its January meeting on Jan. 18 at Kubota Canada' huge distribution warehouse in Markham, Ont. About 50 attendees got an eyeful of a thoroughly modern construction equipment operation along with dinner and an informative talk on Tier IV diesel standards. 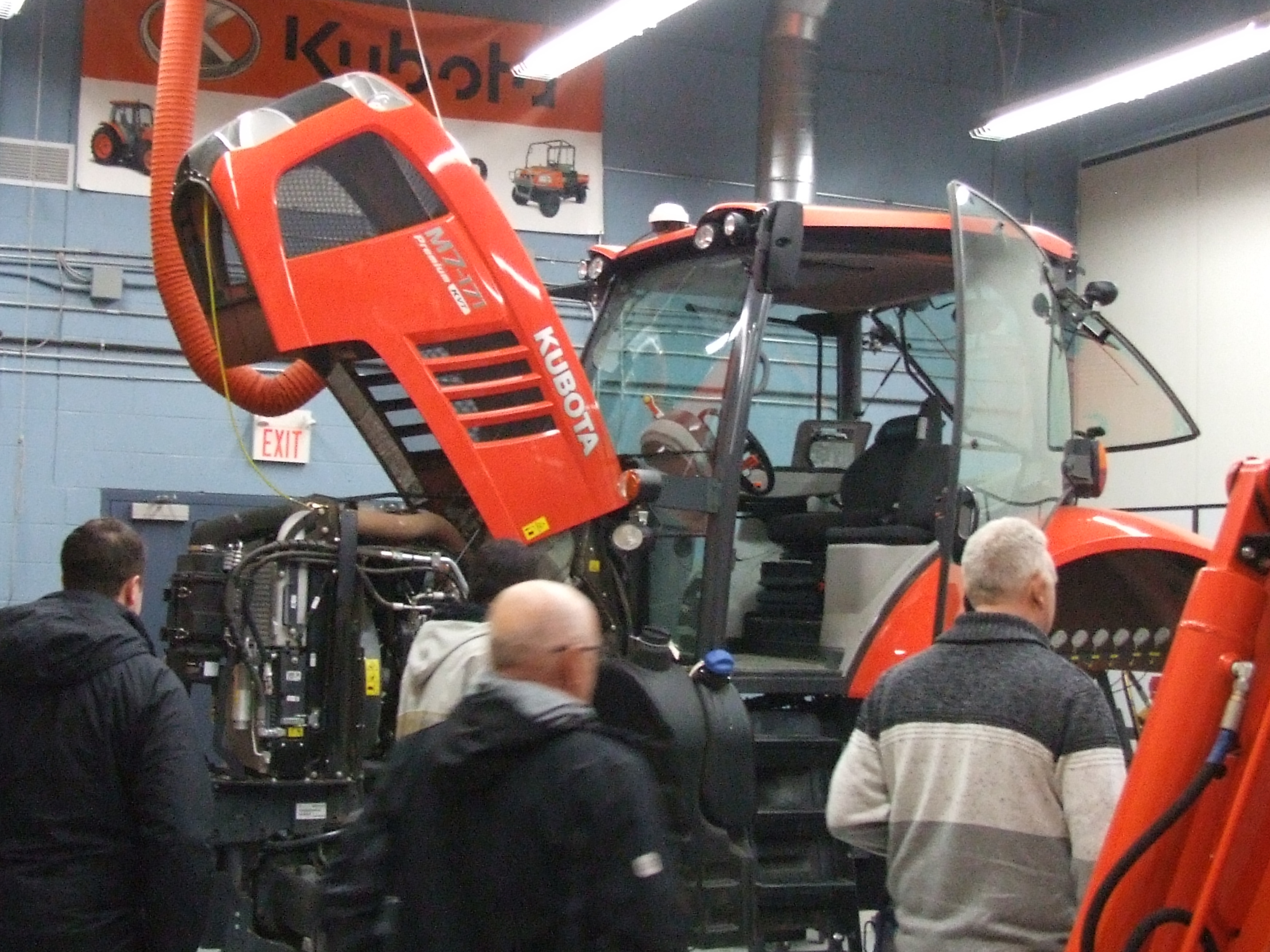 National accounts manager, Adam Haney, welcomed the guests and presented some quick facts about Kubota Canada. The company has a high level of independance from its international parent located in Japan. The facility sits on 11 acres in four buildings totalling 400,000 square feet. Sales in 2016 were about $500 million, up from $250 million in 2010. Kubota Canada supplies a wide range of utility vehicles and attachments for construction and agriculture, including excavators, tractors, skid steers, ATVs and all manner of attachments. Engines are no longer handled here – that branch of the business is now at a separate entity in the U.S. The 130 employees in the Markham facility serve 151 dealers across the country. The strong growth over the last six years has led to expansion – the company was in the process of adding office space when the CRA visited.

The warehouse tour was impressive, featuring huge racks of tractor tires and a very cool vertical racking system that automatically delivers the correct shelf when workers scan a barcode. The facility handles 450 orders per day, shipping 15,000 power units per year. Shipping is kept organized via big screens in the loading dock that display what is to be loaded onto each truck and confirmed with barcode scans. The guides explained they have found assembling the smaller loaders in-house keeps warranty claims down. Kubota Canada also does a great deal of its own R&D to make sure the equipment is suitable for Canadian conditions.

After the buffet dinner, CRA Ontario president Paul Van Staveren thanked the hosts and updated members on plans for the ARA Rental Show, inviting them to submit their nominations for the CRA Ontario awards. Gord Ellis told members about the CRA Ontario Conference and Product Expo being held in Guelph, Ont., on March 22, explaining the popular format of education sessions in the morning followed by tabletop displays in the afternoon. New this year will be the Party and Event Wall of Fame featuring displays and information of interest to the event sector.