CRA Ontario gets a look inside major party and event operation

Nov. 27, 2015 - Canadian Rental Association Ontario members held their November meeting at Mclean Sherwood Event Rental in Brampton, Ont. About 30 members toured the 30,000-square-foot facility, appreciating the Christmas-themed rustic table settings in the showroom and taking in the well-organized warehouse full of dishware, tables, chairs, tents and featuring a large tent-washing area and linen press. The group then moved to a novel dining room set up under a tent erected indoors and enjoyed a buffet dinner then a Jeopardy-style game where national managing director, Nathlie McGregor, tested members' knowledge of CRA services. 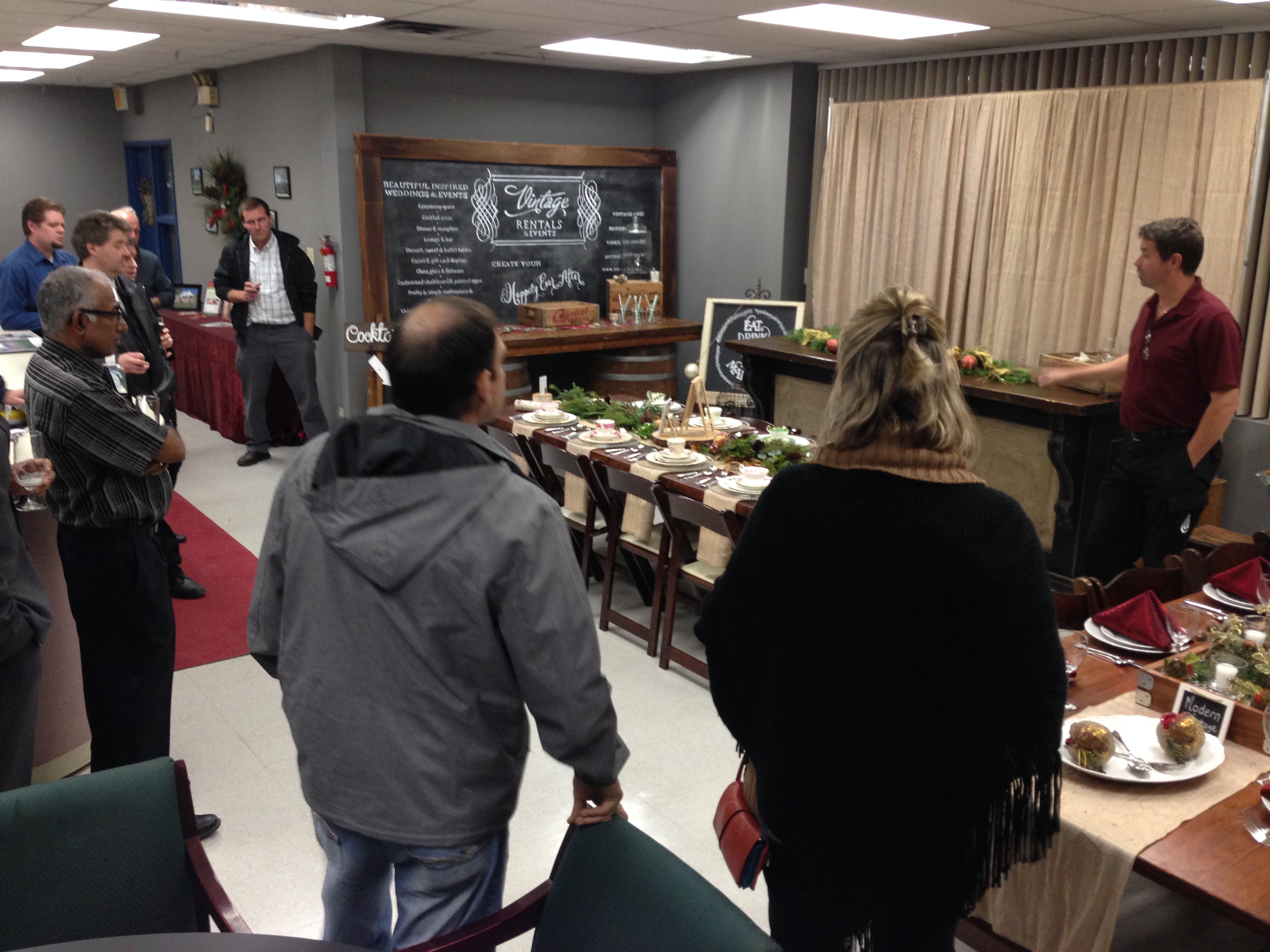 Owners Peter Webster and Stewart Watson conducted the tour. Webster told members the history of the company, which his father, Jack, purchased in 1979 from its founder, adding the Sherwood party business later. The store was originally about 80 per cent equipment rentals, but has transitioned to almost entirely event rentals over time. The company has been in the present location for about five years. Webster pointed out several attractive features of the building, including its division into three semi-separated warehouse bays allowing them to store cleaner items, such as linens and dishware, up front and transition to dustier items (tents, tables) in the middle with trucks, generators, lighting and other dirtier equipment in the back. Mclean Sherwood has also started experimenting with selling some of its space as an event venue, using its tents to transform previous warehouse space into an attractive party space.