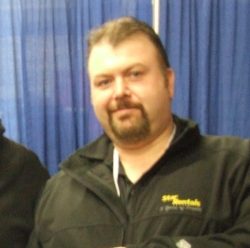 Each year, the American Rental Association (ARA) honors individuals for outstanding service to the association and the equipment and event rental industry. The following are recipients of this year’s industry contributor awards, which will be presented at The ARA Show™ 2023 in Orlando.

This award recognizes an individual who has demonstrated long-term leadership and service to the association at the national, state, or local levels.

Frederick “Fred” Dupy was the president of American Party Rental in Austin, Texas, until his death in May 2022. Dupy was a tireless advocate for industry service. He always put ARA members and the association first. He was a long-time member, and served on national, state and local levels. He was very active in the Texas Rental Association (TRA) serving in various roles on the board including two terms as president. Dupy received the Region Four Person of the Year award in 2004 and 2012. He was named TRA Person of the Year in 2013. Prior to his TRA service, Dupy served on the board of the Heart of Texas Rental Association for many years.

This award recognizes an individual or group that has made a significant contribution in a defined area of association service (such as government affairs, education, technology, or workforce development).

Jeff Lignugaris, president, Northside Tool Rental, Atlanta, Ga., has been an active member of the ARA and ARA of Georgia for more than 20 years.

As a result of his years-long active and direct involvement in legislative advocacy to help equipment rental operators in his state, Lignugaris was crucial to getting legislation passed in Georgia in 2022 — which offers expanded property tax relief to more equipment and event rental companies. He was involved with the first initiative which secured relief for those owning equipment over 5,000 lbs. and was recently successful in lowering this weight limit to 1,500 lbs.

Lignugaris continually went to great lengths to make himself available to help with this legislative initiative. He provided names and contact information for other members in targeted counties who needed to be heard to persuade various legislators of the need for this relief. His knowledge and relationship with other members provided invaluable assistance.

This award recognizes a manufacturer supplier and/or independent manufacturer representative rental industry professional who made a significant impact on the association and/or industry during the past two years.

Jody Kerr, manager, Toro, Bloomington, Minn., has continually supported ARA — previously serving on ARA’s Exhibitor Advisory Council from 2014-2017 and as Associate Member director on the ARA Board of Directors from 2015-2017.

Kerr is a founding member and supporter of the Women in Rental Committee. She also reviewed materials and provided valuable input for the ARA Foundation Mentoring Program. Kerr has volunteered at multiple ARA Foundation/The Toro Company Foundation Community Impact Projects. She is an active ARAPAC [ARA’s Political Action Committee] supporter.

The Rising Star Award recognizes a young professional who has demonstrated leadership at the grassroots level.

Dillon Hughes, owner, Only 1 Rentals, Navasota, Texas, has served on the TRA board since 2014 and is the current TRA immediate past president. He is the youngest to serve as TRA president. Hughes also has stepped up to assist with workforce development initiatives and participated in the TRA Legislative Day.

These awards recognize an individual in each of the ARA 10 regions whose leadership benefited their state and/or local association and its members over the past year.