After several years of input from many in the Canadian rental industry, there is a now new standard which will simplify the installation requirements for operators of portable oil-burning equipment. The standard is now published and provinces will begin the process of adoption, after which enforcement will begin. 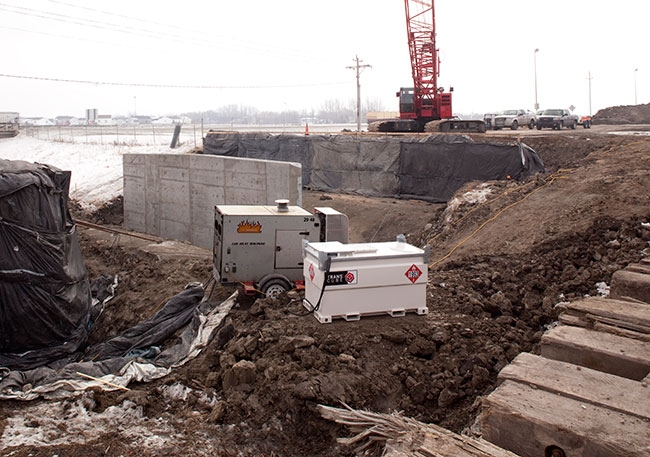 Old standards envisioned oil-burning equipment to remain mostly stationary. But in the rental world After several years of input from many in the Canadian rental industry

“The story behind the necessitation for this code is a long one,” says Bob Lennox of Western Global, who is the vice-chair of the technical committee that wrote the standard.

It all came to fruition in late 2008, when new Transport Canada regulations and existing provincial regulations began to be more fully enforced across the rental industry. It became clear that compliance with the stationary codes, in many cases, violated the transport codes. This conflict meant that rental companies had a very hard time installing, operating and transporting oil-burning equipment and the associated tanks, connection hoses and other accessories in a compliant way. Additionally, it resulted in confusion for end users and, ultimately, was creating more non-conformance than necessary.

Rental operators are unique in the fact that the equipment offered is often both in transport and in use for temporary stationary installations. The existing codes were not suited or written for a rental operator’s or rental client’s needs.

“There was a gap between CSA B139 – that applies to permanent installation – and the rental world where equipment might be in use for a few days or months,” says Daryl Follett, operations supervisor at Toromont Cat Power Systems. “The issue we were having is that the authorities doing the inspections didn’t have a standard to use and the result was trying to apply B139 (for stationary equipment) to transportable equipment. This led to different interpretations by inspectors.”

Ultimately, it was the end users or rental customers who were suffering from this confusion. Equipment could be delivered by the rental company, but compliance questions could result in delayed fuel delivery on the site. “The objective was to alleviate the delays that were happening for the end user. It’s really the end user of the rental equipment that benefits,” continues Follett.

On the advice of a member of the Canadian Oil Heat Association and provincial regulators, it was deemed appropriate that the industry work together and create a new standard for the manufacturing and installation of portable oil-burning equipment.

Early in 2009, Lennox arranged an industry meeting with the Technical Standards and Safety Authority (TSSA), Transport Canada and many significant players in the power generator sector to discuss solutions to certain voids, contradictions and grey areas in the installation codes applicable to rental-type oil-burning equipment and accessories. Over the following six years, a large group from the heating, ventilation and air conditioning industry and general rental industry met several times, arranged virtual and face-to-face meetings and championed the cause to rental industry stakeholders.

By 2013 it became clear that the group needed to partner with an agency experienced in standards writing, so they partnered with CSA Group to prepare the standard in line with the Standards Council of Canada requirements. Industry members were solicited for donations to help fund this initiative. Sufficient funds were raised for the creation of the new CSA standard to commence later that year.

The committee began writing the standard from square one, as no existing codes addressed the concerns of the group. “The purpose of this standard was to try to have some clear requirements where they didn’t exist before. Previously, there was no standard. Inspectors were applying CSA B139, which is the installation code for oil-burning equipment, but it is more suitable for stationary equipment,” says Kay Penn, fuels and appliances project manager at CSA Group. Because the code didn’t apply to transportable equipment or fit the needs of rental customers and users, it didn’t always make sense. “Additionally, provincial and federal jurisdictions had contradictions and were not enforcing requirements in a standardized way.”

things move around a lot

CSA is a standards development organization, not a government agency. They help create the standards by recruiting technical experts from industry, government and end users to form committees who write the standards. The technical committee for CSA B138.1 / B138.2 included regulatory authorities, manufacturers, end users, and general interest members so they could fully address the needs and interests of each stakeholder group.

“The hard work and dedication of the committee helped create the standard so quickly,” says Penn. This process typically takes 18 to 24 months. “We had an aggressive meeting schedule, meeting every month or every six weeks. But the work and preparation they did outside of the meetings helped us carry the project to completion.”

The standard was officially published in June 2017 in English; a French translation is currently in the works. Once adopted and enforced in the provinces, this standard will significantly clarify the requirements of short-term installations of oil-burning equipment, bringing safety, clarity and predictability for the rental industry and regulators alike.

This milestone was achieved by working closely with CSA, TSSA, provincial regulators and a great team representing engineers and members of rental companies, manufacturers and installers across Canada.  The new standard consists of two parts. The first part covers the requirements for manufacturing, testing and marking of equipment. The second part of the standard covers installation of the equipment and responsibilities of those using such equipment.

Although the committee was focused on transportable equipment, the new standards are easily comprehensible by those familiar with B139. Says Follett, “During the entire process, we had in mind that B139 existed and we didn’t want to end up with a standard that was a watered-down version of that.” Instead, the committee sought to establish the equivalent safety measures that could be applied to the unique circumstances of rental companies and clients in temporary applications.

The new standard is available for purchase on the CSA website, and is a must-have for rental operators in Canada. The provincial authorities having jurisdiction are aware of the standard and are working to see it adopted in their provinces. In the meantime, this standard will certainly colour their interpretation of existing codes, equivalent level of safety permits and more.