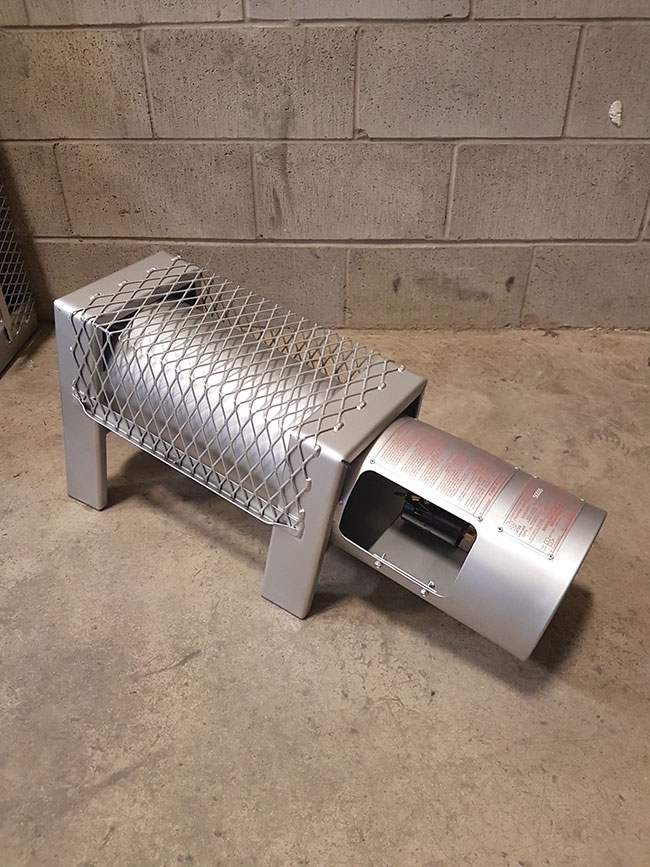 Flagro was founded by Bruce Watson in 1978. His first product was the F-150, a 150,000 BTU-per-hour direct-fired propane construction heater, nicknamed the Salamander. This heater has been a staple of residential construction in the Canadian construction heating industry and is still produced today. The first years’ production was limited to a couple hundred units, with some minor modifications over the years. Today, Flagro produces over 2,000 units per year. The serial number plate #50,000 was applied to a heater shipped out in the 2017-18 heating season.

The president for the last 20 years is Bruce’s son, Iain. Accompanied by his brother Robert and many long-standing employees, the Flagro team has over 200 years’ experience in the construction heater manufacturing business.

The company has introduced many new heater models over the years. Originally the focus was on propane and natural gas direct-fired construction heaters as well as liquid propane burner systems used in the roofing and pipeline industries. Around 2005, Flagro introduced its first 400,000 BTU-per-hour indirect-fired oil/diesel construction heater. This line of heaters allowed the company to expand a great deal over the next 10 years, adding 200,000- and 750,000-BTU-per-hour indirect-fired units firing on diesel, propane and natural gas. All in all, Flagro now offers over 25 different model heaters that are fired on propane, natural gas or diesel in both direct- and indirect-fired configurations as well as propane-fired liquid and vapour-burner systems and torches.

Flagro was originally located on Queenston Road in St. Catharines, Ont., in a 3,000-square-foot industrial unit where all of the metal work was outsourced and only the engineering and assembly of the heaters was completed. The company has expanded and moved three times within the city of St. Catharines and currently operates in a 90,000-square-foot facility where it has been since 2008. All of the metal work for every heater that Flagro manufactures today is completed in-house using CNC-controlled laser cutters, punches and brake presses. Welding, powder coating and assembly of the heaters is all completed at the factory. The units are test-fired, CSA-approved and shipped across North America.

In the early years, Flagro sold primarily to the Ontario market. Now, Flagro sells its products across North America with customers from Alaska to Florida, British Columbia to Newfoundland. International sales include oil companies in Mongolia, air force bases in Iraq and mine sites in Mexico. Flagro temporary heating equipment has been on site at the Super Bowl, the Grey Cup, the 2017 Toronto Football Club championship game, during the renovations of the houses of Parliament of Canada and at Canadian and U.S. Air Force bases.

“The secret of Flagro’s success has been the people,” Iain says. “We have all learned a lot about the heater industry over the history of the company. We have balanced the customer demands with industry and CSA requirements and produced dependable temporary heating equipment at a fair price.” Watson notes there are currently four employees that have been with the company for over 30 years and another three for over 20 years.  “We have a dedicated team that have worked with our customers to make reliable, durable heating products that are easy to service and have ready to rent,” Watson says.

Flagro started as one man with one helper and a great idea and has grown to a company which employs 50 to 60 full-time employees year-round, expanding to more than 100 employees during the heater season. It is a proudly privately owned Canadian company with deep roots in St. Catharines.