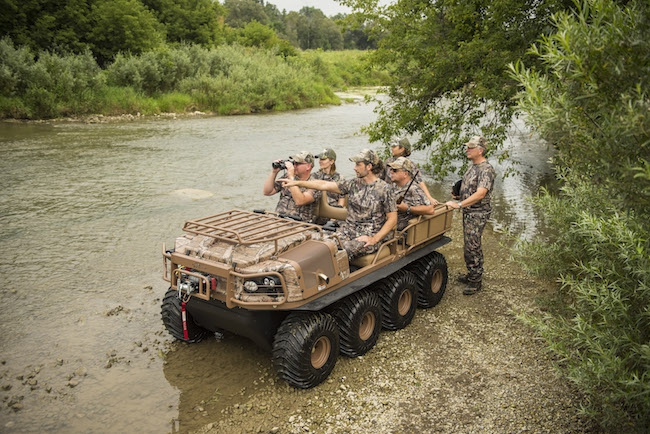 The target market models were unveiled as part of a week-long global sales expo which saw upwards of 150 dealers and international distributors attend various sales and marketing training sessions, in addition to taking part in demo rides and a vendor village of the company’s key suppliers.

“When we started this ambitious project to deliver industry specific models, the first thing we did was ask hundreds of end users, industry professionals and dealers what they wanted from an extreme terrain machine. The feedback was unanimous: they told us they wanted vehicles with more comfort, versatility, go-anywhere capabilities, power and the critical component – features that allowed them to do their jobs more effectively. Nothing on the market was able to fulfill their needs properly. Based on the extensive field testing and feedback we’ve received, we’ve delivered exactly what end users have asked for – whether they are a big game hunter, fire chief or lineman”.

The new vehicles and accompanying global sales expo mark a dramatic step change for the company following impressive year over year international sales growth, and the launch of several new product enhancements including a new state-of-the-art anti-corrosion paint system and dual beadlock system which gives users increased suspension, resulting in a smoother, more comfortable ride over rough terrain. The new beadlock system also allows users to operate with tire pressure as low as 1 PSI, while the new anti-corrosion paint system has been implemented to further enhance and increase the longevity of the vehicle’s lifespan.